Vikings only has one more season to explore and conquer, and we now know when the final episodes will premiere.

History announced Monday that the 20-episode Season 6 will air in two parts. The first two episodes premiere on Wednesday, December 4, at 9/8c, and the next eight will air Wednesdays at 10/9c. The remaining 10 episodes will air in 2020. Series regular Katheryn Winnick will make her directorial debut in Season 6.

The network also released the Season 6 trailer, which you can watch above.

"I always knew how Vikings would end and, after 89 episodes, I truly believe the saga of Ragnar Lothbrok and his sons has been told and we are leaving our beloved fans with the proper and definitive ending they so deserve," creator, writer, and executive producer Michael Hirst said in a statement. "Although it is bittersweet, there are still 20 episodes left and the most ambitious and intensely emotional episodes are still to come."

Over five seasons, the Vikings explored and conquered the known world, from early raids in England and fierce battles of the Great Heathen Army to the heart-stopping death of Ragnar (Travis Fimmel). In Season 6, after the battle between brothers Ivar the Boneless (Alex Høgh Andersen) and Bjorn Ironside (Alexander Ludwig) left the latter victorious and a hero to those who had been under the former's tyrannical rule, Bjorn struggles with the idea that power overshadows morals as Kattegat's new leader.

As for Ivar, he searches for a new path to separate him from his past and travels along The Silk Road, eventually leading to Russia, where he meets its ruthless and unpredictable ruler Prince Oleg (Danila Kozlovsky). 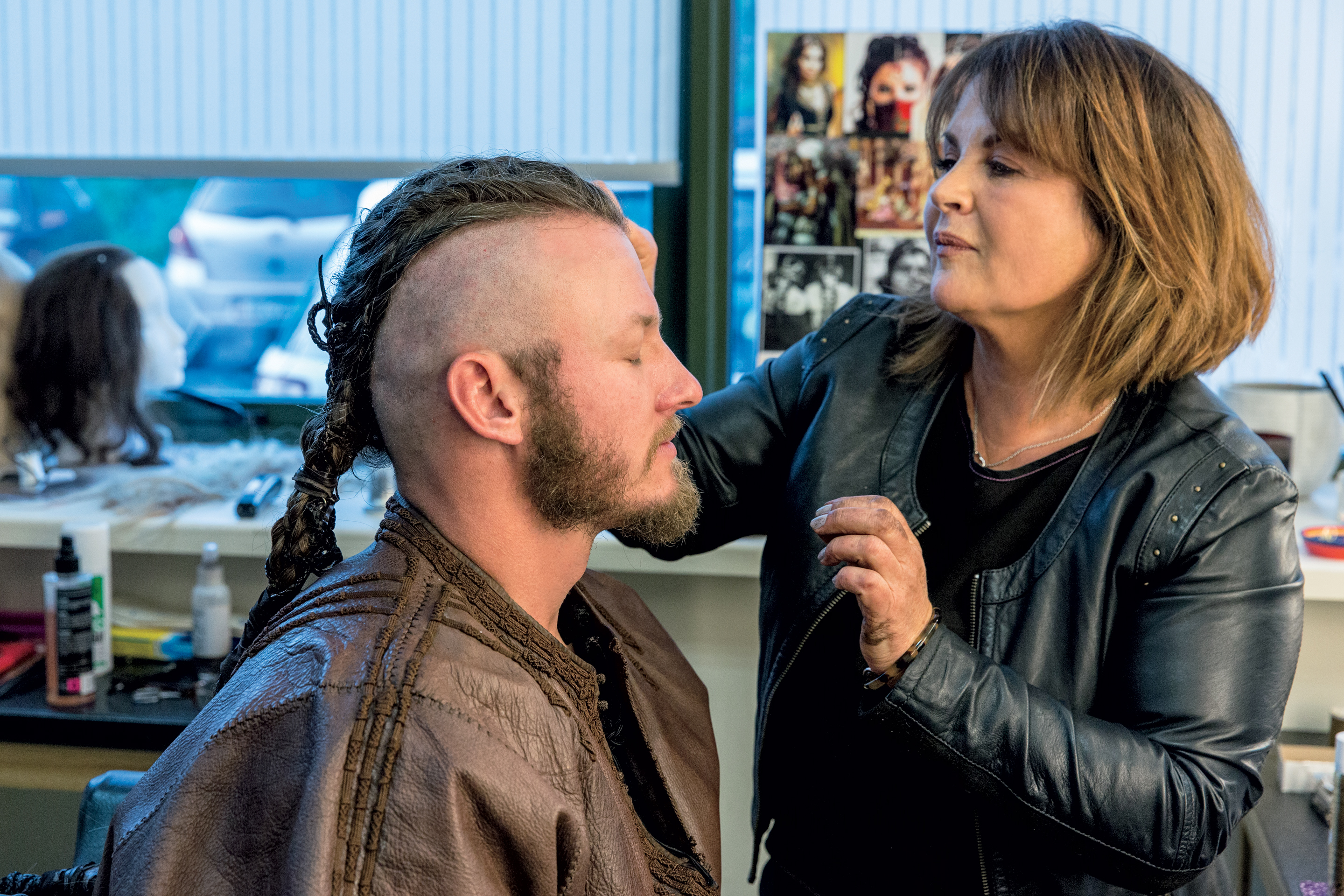 Dee Corcoran, who works on hair for the History series, on the surprising resiliency of a good braid.

And Lagertha (Winnick) wishes to live a quieter, less public life on her farm ("I have seen enough of war, I have seen enough of death," she says in the trailer), but new dangers lurk close to home. Also in Season 6, the Vikings continue to take over Scandinavia, Ubbe (Jordan Patrick Smith) and Torvi (Georgia Hirst) head to Iceland to look into the mystery surrounding Floki's (Gustaf Skarsgard) disappearance, and Hvitserk (Marco Ilsø) pursues his personal vendetta against Ivar.

Watch the trailer above to see the need for a king for all Norway, Ivar's arrival in Russia, plenty of fighting, blood, and death, and more. Plus, check out the new key art below. Hirst is the sole writer of the series. Joining him as executive producers are Morgan O'Sullivan of TM Productions, Sheila Hockin, John Weber of Take 5 Productions, Sherry Marsh, Alan Gasmer, and James Flynn. Why You Should Stream 'Knightfall' Season 2 on Netflix

Plus, find out what Tom Cullen had to say about working with Mark Hamill.