‘Mad About You’s Paul Reiser & Helen Hunt on What’s Changed, What’s the Same in the Revival

Fans of beloved NBC sitcom Mad About You won’t be disappointed that the show’s original theme — what happens after a couple settles down — won’t be ignored in the 12-episode revival set for November 20 on Spectrum TV.

In fact, the 20 years between when the original series ended and when it picks up again will time (almost) perfectly with Mabel Buchman (Abby Quinn, Better Call Saul) going off to college, leaving parents Paul and Jamie Buchman (Paul Reiser and Helen Hunt) to ask the same questions they did after their characters first settled into married life.

“Doing a revival came up in conversation because everyone else was doing one,” Reiser tells TV Insider at PaleyFest in Los Angeles. “[Helen and I] used to have lunch every couple of weeks and we thought we’d never want to do the show again, but then we thought… maybe? We came up with a creative reason that would excite us to write and act from — but just to come back and say, ‘Here we are again!’ didn’t appeal to us.”

Mabel heading off to complete her higher education leaves her parents asking what to do now that they’re alone.

“That was the reason we decided to stop saying we’d never do this and start saying, ‘Yeah, let’s do it,’” says Hunt, who won four Emmys for Outstanding Lead Actress in a Comedy Series for her role as Jamie. “The original show was about saying, ‘This is it? Just us… forever?’ The revival also asks, ‘This is it? Just the two us with no kid? What do we do?’” Hunt’s putting on her director’s hat for the revival. In fact, she’s already directed the first new episode. “I had a show a few years ago and [Helen] was the first director I called,” Reiser says.

Veteran producer/writer Peter Tolan (Rescue Me; The Larry Sanders Show) has been tapped to be the revival’s executive producer. He tells TV Insider that he’s watched about 10 of the show’s original 164 episodes to get the show’s flavor. “I asked [Paul and Helen] which ones I should watch,” Tolan says. “The original series was based on what happens after the door closes on a married couple and now, we’re looking at what happens after this stranger you’ve raised from nothing goes away. Suddenly, you look at each other and go, ‘Now, what?’ You spend so much energy on that person, as you should have, but maybe you don’t keep up with your partner as much? There’s some rediscovery.”

Tolan’s aware that the audience would never accept Paul and Jamie splitting up and the thought of starting off the new series with them apart was quickly shot down. “We can’t even hint at the idea that somehow this isn’t going to work out,” he says. “They do have some big fights and there’s some big stuff coming up.

“We’re hoping to get Carol [Burnett, Jamie’s mother Theresa] to come back for the last [episode],” reveals Tolan, whose first TV writing credit was on Burnett’s series Carol & Company, which aired on NBC from 1990-91, and included Mad About You’s Richard Kind (Mark) in its ensemble.

“We were really uniquely blessed by a parade of comedy legends with Carol at the top of the list,” says Hunt. “It was thrilling.” 'Nash Bridges' Revival in the Works: Where Is the Original Cast Now? (PHOTOS)

Don Johnson would be back as the titular character, but which other stars could be reprising their roles?

Another possible return is Lisa Kudrow (Friends) as scattered waitress Ursula Buffay. “Maybe,” Reiser teases. “We haven’t figured it all out yet.”

“You’d feel cheated if they weren’t back,” says Reiser, who notes there will be some differences between the original and new series. “It’s really a tricky balance. We wanted to get the right balance of the familiar and new. Richard’s character has a new wife. We’re in the same apartment, but it’s been redecorated. It’s the same, but thank goodness we got some new curtains.”

Reiser adds that Paul and Jamie will be different in that they’ve now spent a good chunk of their lives as parents. “We have all the life experiences of having raised a kid,” he says. “We’re writing from the perspective of having been through some stuff.” 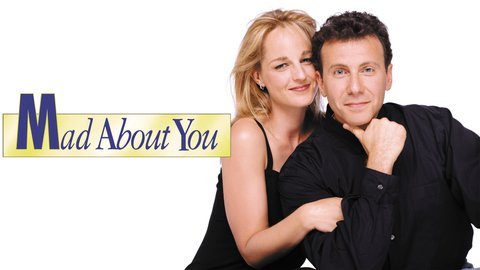