Judge Lauren Lake hears some wild things as she listens to testimony from people on Paternity Court.

On the Daytime Emmy-winning, nationally syndicated courtroom show, the family lawyer and legal analyst presides over emotional cases that lead to life-changing consequences and new beginnings. After hearing from those involved in paternity disputes, she provides guests with resources in or near their hometowns, no matter what the outcome of the DNA results is.

She uses her experience as a woman, a mother, a relationship expert, and an attorney to help reunite families as they work through their problems. But even though she’s helped over 800 families, there are still some things that even she has never heard before.

Below, Lake provides commentary for six cases with some crazy evidence regarding paternity from the upcoming Season 7. The judges from the Judy Sheindlin-created show give us the scoop.

“Ms. Valentin mentioned that she likes her men with a ‘dash of ugly,'” the judge says. “I actually understood what she meant! In my day we would say beware of the pretty ones. If your man is in the mirror more than you are, that’s a problem.”

“Mr. Fowler didn’t even know Ms. McKinney’s last name! Really?! How are you sleeping with someone for over a year and you don’t even know their last name?” Lake notes. “Not only is it ridiculous and irresponsible, it’ll get you a one-way non-stop ticket to Paternity Court!”

“When Ms. Wilson explained that it was easy to start sleeping with Mr. Mcknight because he’s ‘working with a 10-inch,’ I didn’t see that coming,” Lake admits. “That was a quintessential ‘why did I ask?’ moment. T. M. I.” Exec producer Kerry Shannon tells us what to expect when the P.T. Barnum of daytime takes a seat on the bench.

“Mr. Sidwell explains that he had to pray to help ‘get his man up’ because of his medical disorder,” the judge says. “All I can say is ‘Thank goodness God answers prayers!’ Mr. Sidwell didn’t even have to go to church. He had his own personal revival.”

“I’ve never seen anything like that before in my courtroom,” she shares. “I was in complete shock! Both young men were present for doctor’s appointments for the first 10 weeks. Now that gives new meaning to co-parenting! Talk about awkward!”

“Mr. McCormick’s alias must be ‘Inspector Gadget,’ because he was serious about his investigation skills,” Lake says. “Between his ‘how to catch a serial cheater’ exhibit and posing as Ms. Ball while sending text messages to other men from her phone, he was determined to find out if she was cheating on him. 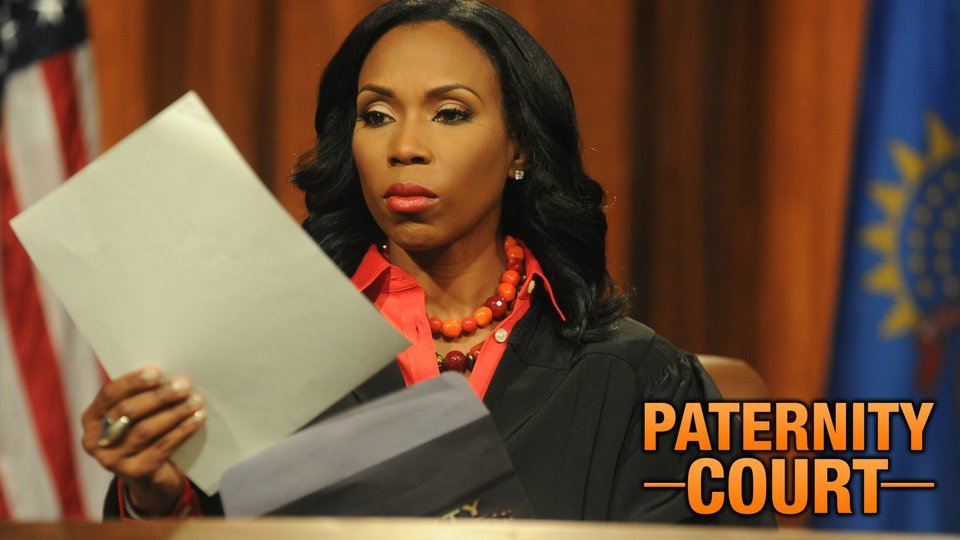 Paternity Court where to stream