On a packed TV night — Game of Thrones, American Idol — we hope you're able to tune in for the only awards show that honors your daytime faves: the 2019 Daytime Emmy Awards!

The Sunday, May 5 ceremony, will air live on emmyonline.tv and Facebook.com/TheEmmys starting at 8/7c. And the night is a big one as fan favorites like Days of our Lives, General Hospital, and The Young and the Restless are leading the pack as nominees. Plus, along with the many daytime dramas being honored, syndicated talk shows, game shows, and other series like Judge Judy and Jeopardy! are in the running, and Judge Judy herself, Judith Sheindlin, will be honored with a Lifetime Achievement Award.

Follow along with us as we update the big winners of the night below. Stay tuned! 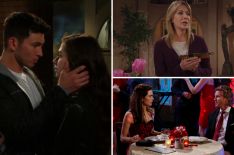 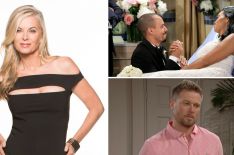 Family Feud — WINNER
Jeopardy!
Let's Make a Deal
The Price Is Right
Who Wants to Be a Millionaire? 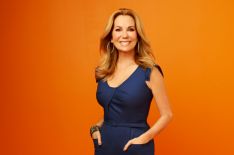 The longtime co-host also previews her final show and spills some behind-the-scenes secrets.