[Warning: The below contains MAJOR spoilers for Season 2, Episode 3 of Yellowstone, “The Reek of Desperation.”]

Welcome to Yellowstone, Neal McDonough. And oh, Malcolm Beck is definitely going to be a problem.

Both Jamie (Wes Bentley) and Dan (Danny Huston) have a lot to think about in Wednesday’s episode. But neither really has a choice in the decisions they must make, not when it comes to family, in Jamie’s case, and business, in both cases.

Meanwhile, Kayce’s (Luke Grimes) career is shaping up, mainly because John (Kevin Costner) is determined that it will, but his personal life could use a little work — especially since Monica’s (Kelsey Asbille) physical therapist looks ready to step up if she decides she’s looking for a new man.

But hey, at least none of those people got bear spray in their eyes.

Kayce Still Has a Long Way to Go

Kayce still needs to learn how to manage the cowboys on the ranch, and as Rip advises him, that means not asking them if they have any questions. Give them their orders, and that’s that. 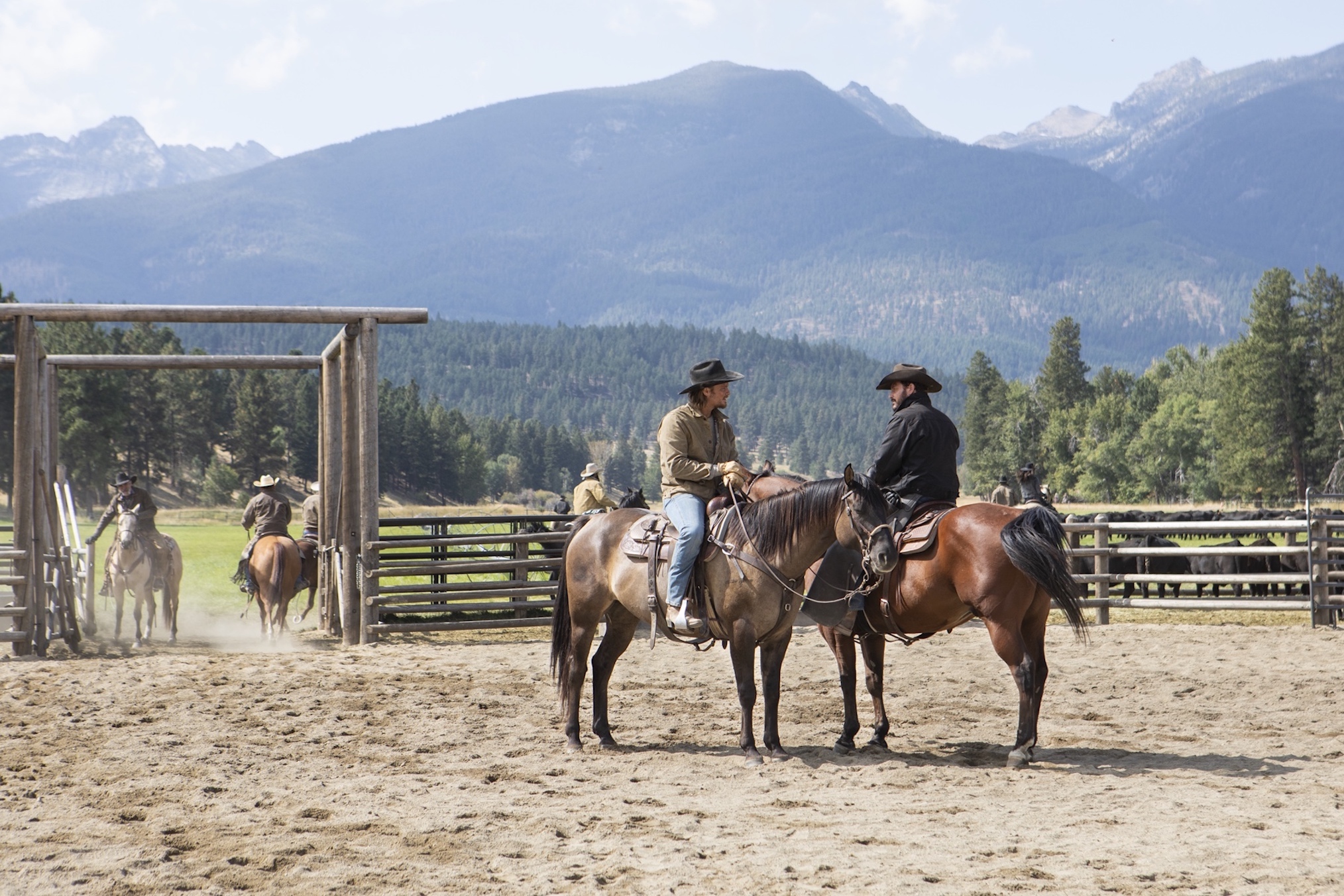 He especially needs to keep that in mind for his future, considering John wants him to take over as Livestock Commissioner in about 15 years. It’s how he can protect the ranch, and it doesn’t matter if he can’t pass a polygraph or a psychological evaluation. (When John wonders why he thinks that about the latter, Kayce’s answer is simple: “My whole life.”)

So, really, he’s pretty much set in that regard — and that’s a sore spot with Monica when he visits her and Tate in their new apartment. “I don’t know how to do this,” he admits. “I don’t know how to not be with you or not talk to you. You’re my wife. You’re my best friend. You’re my only friend.” She feels the same, but she also knows something had to change, and him leaving (even though she asked him to) and going to work for his father was not what she had in mind.

She wanted him to fight for the life he wanted. “You wanted something different, you should’ve asked for something,” he says before leaving.

Soon after Dan and Rainwater (Gil Birmingham) sign a deal for a new casino, Malcolm gets wind of it and easily comes up with a way to make Dan reconsider. “You must be the guy … that f—ed with John Dutton,” Malcolm comments as he and his brother, Teal (Terry Serpico), join Dan as he examines his plans for the casino. “I understand learning not to do that was a painful lesson.” (And Dan still has the bruised neck to show it.) Malcolm and John have never crossed paths because they know that to thrive in Montana, they must each stay in their lanes — and that’s something that Dan needs to learn, considering his recent deal.

Though Dan refuses to be bullied, even as the Beck brothers detail how he’ll probably be screwed over in this deal since they’d do the same to him in a similar situation, he doesn’t really have a choice. He has to get out of the deal with Rainwater and make a new one with the brothers because Malcolm is the head of the Montana Liquor Board, and not only will he revoke their liquor license, he’ll never issue one for the new casino.

… But Not Everyone’s Willing To

Jamie is no longer running opposed for attorney general, and that means he needs to learn what’s needed from someone running for office. Essentially, holding the office requires integrity and honor, while campaigning does not. Winning is what matters, and for Jamie to win, he needs funding — and his only option at the moment is Rainwater. But he doesn’t know if he can handle his campaign being funded by his father’s enemies. And if he’s having trouble with where that money comes from, he’ll never be able to make it in office.

He needs to think, and he goes to see Beth (Kelly Reilly). Though it takes a bit of time for him to get to his dilemma — he asks her to “resemble something human” and give him guidance as part of her family — he tells her about Rainwater’s offer to be a donor for his campaign. In return, she makes it clear that he really shouldn’t be running. “You’re not a politician,” she tells him. “Politicians believe they can manage people’s lives better than they can. The best politicians are narcissists. The very best should probably be committed. You aren’t that. You don’t know who you are, and you’re looking for the world to tell you.” What he needs to do is think about the people in his life other than himself and “do what’s best for them.”

And what’s best for them is him withdrawing from the race. (Doing so also means he loses Christina, because she knows he’s going to go home and work with his family.)

Jimmy (Jefferson White) and Avery (Tanaya Beatty) are out on a supply run when he runs into a couple of his old associates. And when he refuses to buy them ammonia and acetone, they chase after him to his truck. Avery uses bear spray to get rid of them, but considering he (stupidly) told them where he works, they’re probably going to be trouble in the future.

Everyone’s Definition of Family Is Different

John and Lynelle (Wendy Moniz-Grillo) may not have their choice for attorney general in common anymore (and their relationship, casual as it is, looks to be over), but they do have a few other similarities. “We don’t have families,” she tells him. “We have employees we’re related to. Can you name the last time that you had a conversation with one of your children about how their day went or how they feel or what they dream of? Yeah, I can’t either.”

And they also know that they’ll never fall in love again, either. “That’s supposed to be the only thing you live for,” she points out. “Then you have children, and the living for yourself part’s all over,” he agrees.

It appears John takes those conversations to heart, considering he asks Beth how her day was over dinner at the end of the episode. (We can’t blame her for thinking he wants an update on business.) “Sobriety is bliss,” she says. And Kayce’s? When he has a day worth talking about, he will. And when Jamie joins them, fresh from dropping out of the race for attorney general, Beth prepares him a plate of grilled octopus.

The Reek of Desperation

EPISODE 1 »
You're the Indian Now
ADVERTISEMENT