Unlike in 2016, when cameras were rolling as he experienced the chest pains of a widowmaker in the wheelhouse of the Northwestern, this time the drama happened last fall as Hansen was preparing to leave for Dutch Harbor, Alaska for the start of King crab season. “October 4th, 2 p.m. — the day I quit smoking,” Hansen tells TV Insider, setting the scene. He’d gone to the dentist, who gave him an antibiotic to take. “My wife and I were driving, and all of a sudden I started turning red. I started choking out. My hands were swelling. So I had an allergic reaction,” he says.

He drove “like a bat out of you know what” to get to the hospital, parked his truck in the middle of the sidewalk and ran into the emergency room.

The Northwestern has one of the most experienced teams in the fleet and it shows in their crab numbers! #DeadliestCatch #Discovery #SigHansen #Northwestern #Team #DreamTeam

“I was on the phone talking to Tom, the shipyard guy, all of a sudden I’m squeaking like a little mouse. So I just pointed at my throat, said ‘choke’ and then I showed them the bottle of pills. They had me in there in two seconds. They said 10 more minutes, [I’d be] gone.”

The use of an EpiPen to stop the severe allergic reaction brought on chest pains, Hansen says. He got busted hiding in a hallway to smoke before they were able to put him on a treadmill for a stress test. 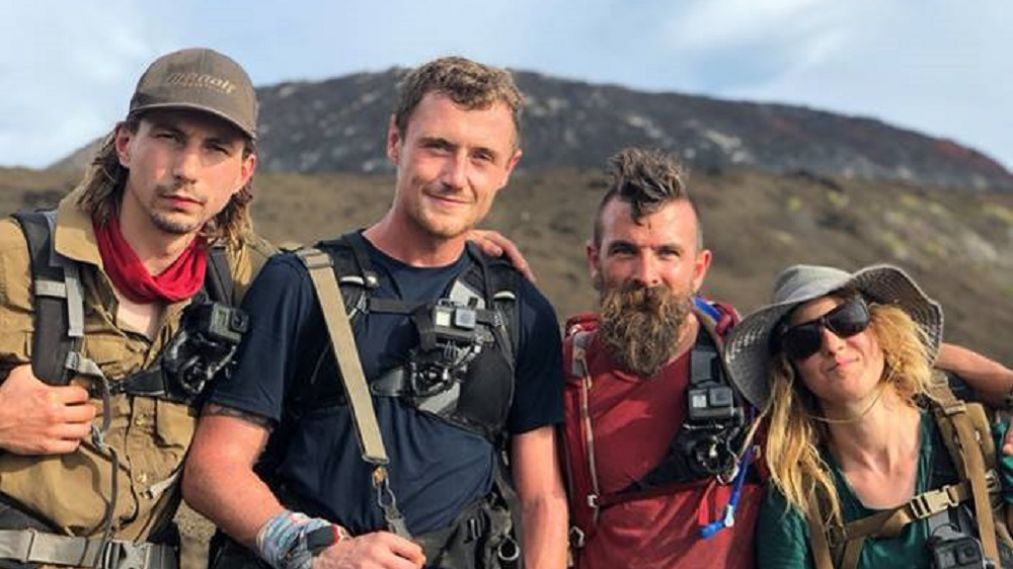 Find out what threats they'll face in this new adventure.

“They were like, ‘Get him off that thing now,’ because they checked and it was starting to happen again,” he says. He was taken straight to the operating room. “They put a stint in, got me all fixed up and they watched me like a hawk because they thought I was going to smoke,” he says. “I mean I tried to get out of my bed to go take a leak. An alarm starts going off, and these security guys are running down the hall, and they’re coming in my room and I’m like, ‘What the heck? I just want to take a pee.’ ‘We know what you’re up to. You’re going to sneak out and have a smoke.’ Then I get busted again.

“I didn’t [smoke], but I was planning on it. When I got out the next day, day after, then I said to myself, ‘You know what, that’s it.’ I was embarrassed and ashamed of myself, and that’s when I threw [the cigarettes] away.”

The story doesn’t end there though. Hansen and his wife realized the dentist gave him that same antibiotic the year before—only he’d left the bottle at home instead of taking the pills with him to Alaska, where he may not have reached treatment in time.

“This is good information to know,” Hansen says. “When you get older, your body changes. I’d taken [that same antibiotic] a few years ago and I never had any problem. But now I took the same one, and it almost took me out.”

The way he sees it, he dodged three bullets in one day: “I choked out, I had a heart attack and then I find out that I had those same damn pills in my drawer from the year before.”

If memory serves Hansen, he made his way to Dutch Harbor just four or five days later (“The nurse was pissed,” he reports). He’s grateful daughter Mandy changed her plans and insisted on joining him again in the wheelhouse, both because she was able to help get the boat prepped before he arrived and because she’s there to share the load once they reach the fishing grounds (he’s on blood thinners, which make him fatigue faster). Turin has found that one abandoned mine to begin excavating and mining for gold.

Now that fans know this story, Hansen can expect to hear more of the question everyone, including people on the street, keep asking him: When will he retire?

“I don’t know,” he admits. “Number one, I feel like the show is a part of our life now and as long as the show is going, I’m probably still going to participate. And yes, in all honesty, there is money in that, and that’s a good thing. But at the same time, I gotta be cautious here and put my health first. I think about it every single morning and night. Even last night: Oh my God, am I going to get another one? It’s harder and harder to get on that boat.”

Saga captain Jake Anderson, who was sitting beside Hansen for our chat and hearing some of those details for the first time, says he too has wondered why Sig doesn’t retire—but he doesn’t believe money is the only reason. “My great grandfather and other relatives died out there, the same thing as him — told not to go out there, heart attack. I have pictures of my great grandpa just an hour before he died when he was fishing in Unimak,” Anderson says.

“I always ask Sig, ‘Why not [retire]? You got enough money.’ But then I ask myself. As sick as it sounds, I’ll do what I do for free because I love it. I love fishing. I love the big waves. As much as I hate ‘em, it’s just in the blood. I don’t know if he could stop even if he wanted to.”