‘Today’ Finally Has Its Third Hour Hosts — See Them in Action! (PHOTO)

Today has found the answer to their third hour problem with four permanent hosts set to replace the former Megyn Kelly-helmed slot.

Following Kelly’s departure, which was sparked by comments about blackface and Halloween costumes, the morning show was left without any hosts to take over. Until now, the NBC program has had anchors fill in here and there, but the network has now found its perfect quartet. Hope you don’t mind these faces! You’ll be seeing a lot of them at 9am. Please join us! #3rdhourtoday#youvegotafriendinus#letthegoodtimesroll@TODAYshow@SheinelleJones@craigmelvin@alrokerpic.twitter.com/oY0fT6hedr

The newswoman also attached a fun photo of herself with the group ahead of their debut. This news comes just weeks after longtime co-host Kathie Lee Gifford revealed her impending departure in April.

Gifford’s exit will leave her co-host of the fourth hour, Hoda Kotb, solo unless NBC announced any new additions. Until then, viewers can head into the third hour with certainty that Roker, Jones, Melvin and Dreyer will be there to greet them. 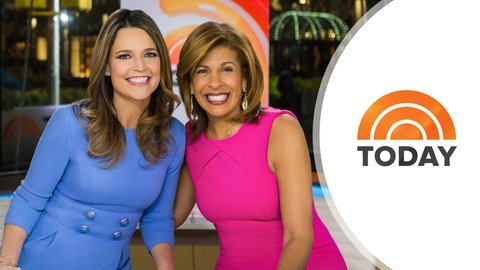