Jo (Alanna Ubach, far right) is in for a big smash.

Hilty was already a fan of the show, which she describes as “like a new Sex and the City set in L.A.” But though she was excited to work with Ubach, it was a certain plot point that got her really riled up.

“I’ve been on a pretty strict diet while getting ready for another project I’m working on, and it was written in the script that I had to eat a cake-pop,” says Hilty. “For someone who hasn’t had sugar in eight weeks, that was pretty exciting!

TV critic (and occasional TV therapist) Matt Roush answers viewer questions and concerns in his Ask Matt column each week. Wondering about plots, characters and twists on Girlfriends’ Guide to Divorce and your other favorite shows? Submit your query to Matt via the form below: 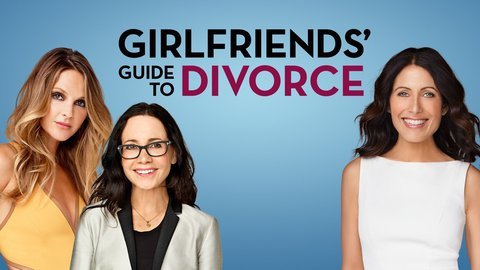 Girlfriends’ Guide to Divorce where to stream