NBC‘s shifting its midseason schedule as upcoming series Found moves to the fall. The series led by Shanola Hampton was originally scheduled to premiere on February 19, but it will now launch sometime later this year.

Regarding the move, NBCUniversal’s Television and Streaming Entertainment Content Chairman, Susan Rovner said, “After watching the first few episodes of Found, it quickly became clear that our love for this show has continued to grow and grow with each step of the process. Our goal is always to find the absolute best home for all our series, and it’s particularly the case with one as important as this. By moving it to fall, we’re able to better leverage our resources, including lead-in and marketing muscle, enabling us to launch Found to the largest possible audience across all our platforms.” 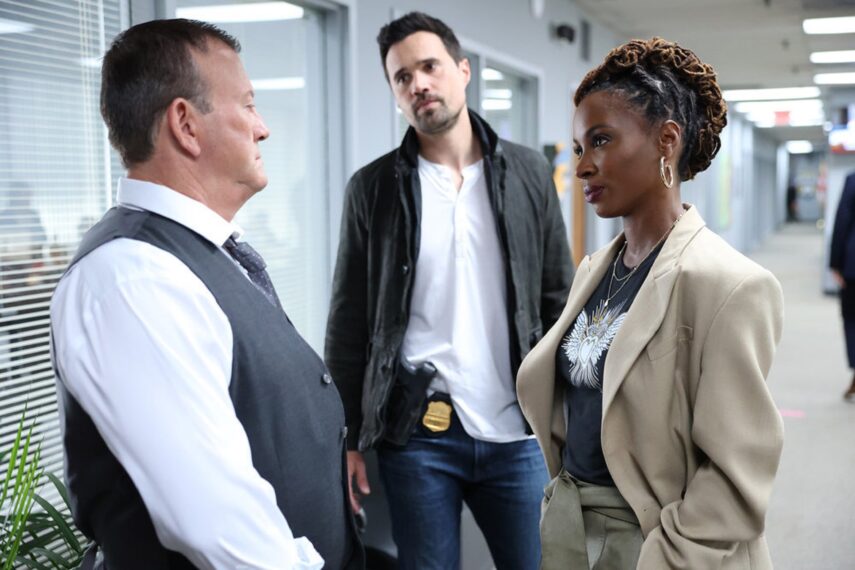 Along with the premiere change, NBC unveiled several other scheduling shifts, including that The Blacklist‘s Season 10 premiere on February 26 will now air at 10/9c, moving from its originally scheduled 8/7c slot. Magnum P.I. will now air back-to-back episodes for its Sunday, February 19 premiere at 9/8c and 10/9c before returning to its regular 9/8c slot for future Sundays.

The February 19 Magnum premiere will be preceded with Season 4 encore telecasts at 7/6c and 8/7c. Additionally, Grand Crew‘s second season will officially launch Friday, March 3 at 8:30/7:30c. All titles will be available to stream the next day on Peacock.

Found examines the idea that any given year, more than 600,000 people are reported missing in the U.S., more than half of which are people of color who the country seems to forget about. Found follows public relations specialist Gabi Mosley (Hampton) — who was once one of those forgotten missing persons — and her crisis management team who are making sure there is always someone looking out for the forgotten missing people. The catch? This everyday hero is hiding a chilling secret of her own, unbeknownst to anyone in her circle. Along with Hampton who also produces the show, Found features Mark-Paul Gosselaar, Kelli Williams, Brett Dalton, Gabrielle Walsh, Arlen Escarpeta, and Karan Oberoi. Viewers may best recognize Hampton from Showtime‘s former series Shameless in which she played Gallagher family neighbor Veronica alongside True Lies‘ Steve Howey.