Which Paid Streaming Service Provides the Best Value for the Money? (POLL)

With so many options at our disposal comes so many prices as well. Password-sharing is the gift that keeps on giving (but over at Netflix, they’d like for us to stop — hello, new fees). And we have a feeling there’s not one person who truly pays for every available streaming option. When deciding what’s worth subscribing to, there are two key factors: the price and the value of that price.

Different services offer different price tiers and different features within each, such as higher/lower image resolutions and ads vs. no ads. Most streamer plans with ads won’t allow you to download content to watch on airplane mode. Some streamers don’t feature any ad breaks whatsoever. And there are some that offer app bundles.

Here’s a breakdown of the paid streaming service costs: Everything to Know About MGM+, Epix's Upcoming Rebrand

Prime Video: $8.99/month. Prime Video with Amazon Prime subscription: $14.99/month (a lot of networks, like Epix, can also be accessed through Prime Video)

Showtime: $10.99/month (as of publication, Showtime is offering its subscription at $3.99/month for six months) Streaming service value isn’t solely determined by the quality of its original content, of course. On most streamers, the catalogues are made up of the platform’s original works, plus content they’ve paid to house. At this point in the streaming wars, most of the platforms have exclusive dibs on their parent network’s titles (e.g. HBO Max is the only place to watch HBO shows, movies, and specials), but there are some anomalies.

The biggest mind-boggler is the fact that Paramount+, Paramount Network‘s streaming home, does not have Yellowstone, which is not only Paramount’s biggest show but the most-watched show on cable TV at large. Paramount+ subscribers don’t get next-day streaming access to Yellowstone, and neither does Peacock, which currently houses Yellowstone Seasons 1-4 and eventually will host Season 5 (coming back this summer). (New episodes of Yellowstone Season 5 can be watched on Paramount Network’s website with a network login.) 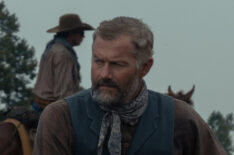 Paramount+ made up for the Yellowstone discrepancy by getting Harrison Ford and Helen Mirren to do TV in the 1923 spinoff and married country legends Tim McGraw and Faith Hill to co-star in 1883. Both prequels are Paramount+ exclusives and the platform’s most successful original series to date. Other than Yellowstone, Paramount+ has basically everything under Paramount’s umbrella, which includes the entirety of Nickelodeon and CBS programming and more.

Peacock has some other appealing exclusives. It’s now the only place to watch new episodes of Saturday Night Live (Hulu used to have that right), and it houses every season of The Office, which used to be one of Netflix’s biggest boons (it also lost Friends to HBO Max).

The mainstream streaming services are also the places to watch movies soon after their theatrical releases (and in some cases, the only place to watch them at all). Paramount+ has Top Gun: Maverick (which broke a streaming record for the app), Netflix has Glass Onion (following a brief theatrical release — it’s billed as a Netflix original), and Apple TV+ got the coveted crown of becoming the first streaming service to produce a Best Picture winner at the Oscars (CODA).

Apple TV+ is unique in that most of its catalogue is original content only (and with TV shows like Ted Lasso and Severance, their originals are increasingly looking like awards darlings). Outside of its originals, Apple TV+ has the Peanuts specials. Non-Apple titles can be rented through the platform.

One app seems to have some promise to become a dark horse: MGM+. Epix and its streamer, Epix Now, will both be renamed to MGM+ starting January 15, and it will be the streaming home for Metro-Goldwyn-Mayer movies. That name is as synonymous with Hollywood as a name can get. The network’s original content includes the critically acclaimed Godfather of Harlem starring Forest Whitaker. In the future, MGM+ will house all of the James Bond and Rocky films, along with hit titles like House of Gucci, Licorice Pizza, and more. One platform with all of MGM’s content and more? That’s a doozy. 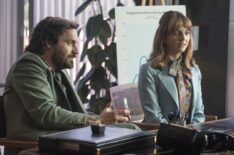 Also in the near future is the blending of HBO Max and Discovery+. The combined platform has yet to be given an official new name, but it will be the home for Warner Bros. Discovery titles, including Emmy-winning shows like Hacks, The White Lotus, and Game of Thrones, plus the Harry Potter franchise, Magnolia Network‘s shows, and more.

There are apps that have impressive catalogues that don’t produce streaming-exclusive content at all. Starz, for example, is the only place viewers can watch every single episode of Outlander‘s six seasons (Netflix only has Seasons 1-5, with sometimes several years’ delays between getting the new seasons). And it’s currently the only place you can stream Spider-Man: No Way Home at no extra cost, which, unlike Outlander, is not a Starz network original.

For those who ditched cable altogether, some of the streamers offer the live TV aspect they now lack. Paramount+ and Peacock have provided live streams of award shows like the Grammys and the Emmys without the need for a network provider login. These services also stream shows live in tandem with broadcast airings, so Survivor and The Amazing Race fans can watch the competitions live on the app.

Disney+ now offers the same for Dancing With the Stars, with possibly more exclusive live shows to come in the future. Netflix will soon host its first-ever live event on March 4 — a Chris Rock comedy special. AMC+ offers early access to episodes of its new shows. App subscribers got two episodes of Interview With the Vampire per week in 2022. On the AMC network, one episode came out weekly. The same will apply to Anne Rice’s Mayfair Witches, premiering Sunday, January 8. Netflix has experimented with different mediums as well, providing a gaming section and select titles with choose-your-own-adventure viewing.

At the end of the day, you know what you like. And you know which platforms deliver for you. We want to know which streaming service you think provides the best value for its price point. Let us know in the poll, below.