“F. Murray Abraham will not be returning to Season 3 of Mythic Quest,” Lionsgate told Vanity Fair in a statement. “Beyond that, we do not comment on matters concerning personnel.”

Rob McElhenney was joined by Jason Sudeikis and Anthony Hopkins to share the renewal news with fans.

“With the quarantine finally over, the new season of Mythic Quest finds everyone back in the office (well, almost everyone), attempting to build upon the success of Raven’s Banquet by launching an epic new expansion, but Ian (McElhenney) and the newly promoted co-creative director, Poppy (Nicdao), struggle with the game’s direction,” Apple TV+ said of Season 2.

“Meanwhile, C.W. reconciles some unresolved issues from his past, the testers (Burch and Hakim) test the bounds of an office romance, and David (Hornsby) loses yet another woman in his life as Jo (Ennis) leaves him to assist Brad (Pudi),” the season description continued.

Abraham currently plays the voice of Egyptian god Khonshu in Moon Knight on Disney+. He has also been cast in The White Lotus Season 2 at HBO. 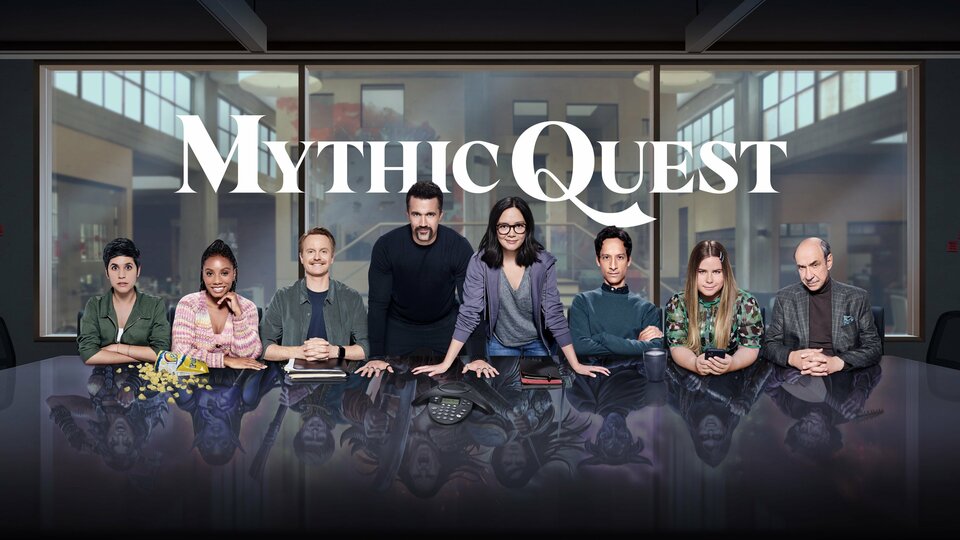