While Sanditon will premiere Sunday, March 20 on PBS, those with access to the streaming channel will be gifted with the first two installments on premiere day. And no, fans won’t have to wait two weeks until the third episode as new installments will drop weekly on subsequent Sundays, giving streamers a chance to look a week into the future as opposed to those tuning in on PBS’s network channel. For those less familiar with PBS Masterpiece’s Prime Video Channel, it’s a special branch of Amazon’s streaming platform that provides access to PBS’s library of dramas. It does come at an extra cost to Prime Video subscribers though as they currently offer a seven-day free trial and charge a fee of $5.99 per month after the trial.

Streaming access means you’ll also reach the end of Season 2 a week sooner than the weekly broadcast, giving you a chance to see how this latest chapter will lead into Season 3. It’s a sweet option for the dedicated fans who campaigned to save the series from cancellation. For those less familiar with this Regency-era series, Sanditon is based on Jane Austen’s final unfinished novel. It tells the story of Charlotte Heywood (Rose Williams) who becomes enmeshed into the fabric of the titular coastal resort town. After experiencing heartbreak at the hands of Sidney Parker (Theo James), viewers are eager to see Charlotte’s return to Sanditon and her new adventures there. 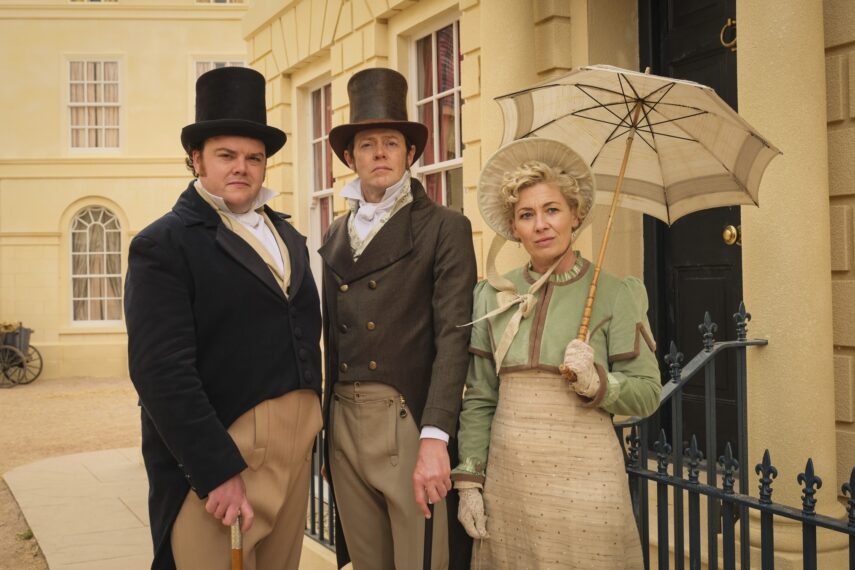 See who is spending time in the titular seaside resort town with these brand-new images.