The Muppets are putting a new twist on a classic Disney ride in the first-ever Disney+ Halloween Special Muppets Haunted Mansion, which premieres on October 8. The streaming service released the first trailer for the upcoming holiday special featuring several Muppets and celebrities as some of the iconic attraction’s famous characters and “grim grinning ghosts.”

“In Muppets Haunted Mansion the Great Gonzo – world famous daredevil artiste, has done it all, seen it all, and survived it all. But on Halloween night, the fearless Gonzo takes on the greatest challenge of his life by spending one very daring night in the most grim grinning place on Earth …The Haunted Mansion,” reads Disney+’s release.

Will Arnett’s Ghost Host welcomes Gonzo and Pepe as they accept the challenge of staying in the famous house for the entirety of Halloween night. “Everything here will seem familiar, but your eyes may deceive you,” he warns the pair, as the ghosts occupying the haunted house resemble the rest of the Muppets gang. The trailer shows Miss Piggy as the floating fortune teller Madame Leota, or as she is called, “Madame Pigota,” ghost versions of Kermit the Frog and Fozzie Bear putting on a show, and the attraction’s famous stretching room. Louise is meeting Millie in the woods, but for what?

The Muppets Haunted Mansion album will be released simultaneously with the special, and will feature three new original songs titled “Rest in Peace,” “Life Hereafter,” and “Tie the Knot Tango,” along with a cover of “Dancing in the Moonlight.”

The Ghost Host warns the duo, “If by sunrise you fail this endeavor, then you must remain here forever.” Will Gonzo and Pepe make it through the night? Fans will have to wait and see! 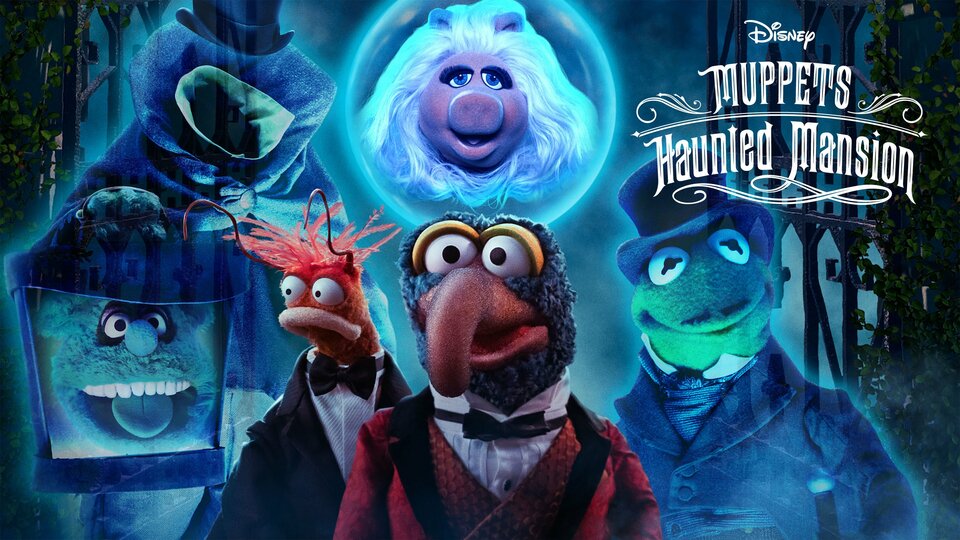 Muppets Haunted Mansion where to stream