If May is when TV executives try to woo advertisers, February is when they try to intrigue journalists. During the last few weeks, bigwigs from the major networks and streaming services trotted out their new and returning shows at the 2019 Television Critics Association winter press tour, and we’ve been bringing you the breaking news throughout.

Don’t worry if you’ve missed the blow-by-blow, though — we’ve rounded up many of the biggest stories right here. 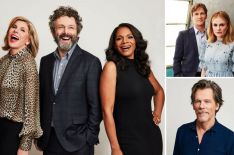 From new projects to future storylines.