‘9-1-1’ Boss on Athena’s Heroics, Buck Being Buck and More in the Season 4 Finale

[Warning: The below contains MAJOR spoilers for the 9-1-1 Season 4 finale, “Survivors.”]

The LAFD is under fire in the 9-1-1 Season 4 finale — and the sniper is a former first responder.

The good news: Firefighter Eddie Diaz (Ryan Guzman), who was shot at the end of the penultimate episode, survives. Also among the good news: Captain Bobby Nash (Peter Krause) also is shot and trapped in a fire with the sniper, but his wife, Sergeant Athena Grant (Angela Bassett), comes to his rescue — in turnout gear and taking down the sniper as she walks through fire. The bad news: Maddie (Jennifer Love Hewitt) quits her job at the call center because she’s been struggling ever since her daughter was born.

Did you ever consider killing off one of the 118 — Eddie or someone else?

Tim Minear: It’s always an open question. We don’t foreclose that as a possibility.

Bobby and Athena are back on track. Would you say they’re stronger than ever now?

Absolutely. It was an interesting way to not just revisit the trauma that Athena went through but to test their relationship a little bit and to show that what happened to her last season had reverberations into their relationship. They weren’t necessarily big soap opera-y after effects in the middle of the season, but just this small little fissure was building across the course of the season until finally, the cracks started to show. It’s that thing where you break something down and you put it back together, it’s stronger. They needed a little bit of a cathartic moment together because, in a lot of ways, Bobby’s a very taciturn kind of guy [and] Athena’s buttoned-down, even though she’s a woman of big passion. She’s also very in control. You have these sort of two controlled people, and every once in a while the blood has to come to the surface and that’s what happened with them.

Speaking of Athena, what an episode for her! How long had you been planning to have her put on the firefighter gear and burst through the flames like that to save Bobby?

It’s so interesting. That actually was a late-hour addition to the story. The idea was always that Athena was going to save Bobby. But it wasn’t until a couple of drafts in, even in the pre-production phase, where Kristen [Reidel] had this idea of Athena putting on the turnout and literally walking through fire to go get him. 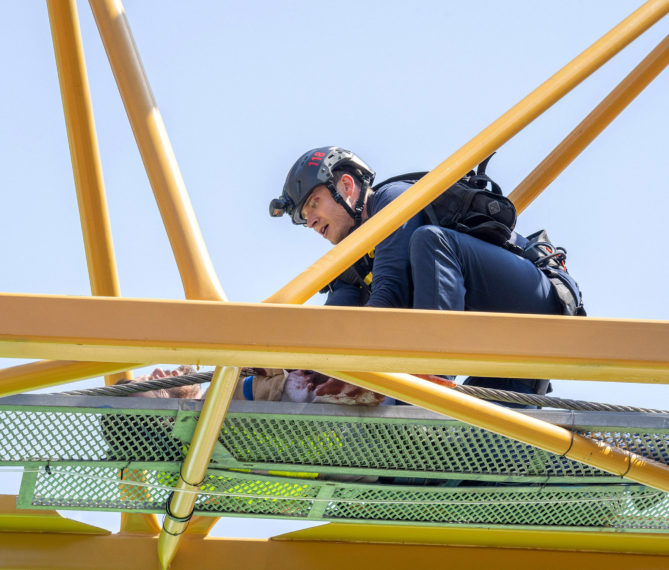 How worried should we be about Buck [Oliver Stark, whose character risked putting himself in the sniper’s crosshairs by climbing up a crane to save a victim with no cover] and how far he’ll go to make sure he doesn’t lose anyone?

Buck has got to be Buck. “Buck is going to Buck,” as Hen [Aisha Hinds] says. And as Bobby said, “Look, I know that you’re never going to change.” We love Buck because of his impetuous, rush in where angels fear to tread attitude, but you should always be a little worried for Buck.

But his personal life is going well, finally, it looks like.

So they stand a chance of making it work?

Yeah. I’m interested to find out more about Taylor [Megan West] and what that dynamic between them might be. Obviously, he’s got a thing for redheads. It looks like Hen and Karen [Tracie Thoms] are going to have Nia in their lives in some way, which is another aspect of life Hen has to balance, with her career and home life. What’s coming up there? Because Hen has a lot going on.

Hen has a lot going on. What’s great about that Hen and Karen home front is just the way that family is constantly expanding: bringing in Hen’s mom, the fostering of the kids that they’ve been doing and they’re not going to stop doing that. She felt like she really lost something with Nia. Meeting the birth mother and realizing what an incredible bit of self-sacrifice that Hen and Karen gave to help this kid out and this mom that they never met when she really needed it, that really put things into perspective for her. It’s all about the love with those two.

I did like that you addressed the fact that Eddie should’ve asked Buck before making him Christopher’s [Gavin McHugh] guardian, but he still did it without asking him. Why?

I think he did it because Buck is somebody that he trusts and it wasn’t something that he felt like he needed to bring up to him or ask his permission about. Maybe he was afraid to in some way, but I don’t think that was it. I think it was more he’s not planning on being absent from Christopher’s life. But he is preparing for the worst and it’s just something he felt strongly about. I don’t think he ever would have brought it up if he didn’t feel like Buck needed to hear it. He was not even asking Buck’s permission when he brought it up to him. It was more like he was letting Buck know how valuable he was. 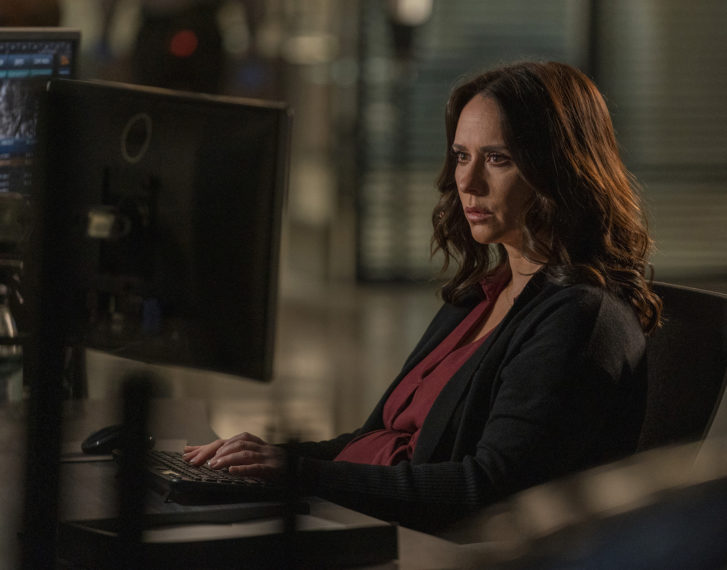 Absolutely. It’s an important issue that we’re interested in giving service to. It’s a story that we’re gonna tell a little bit as we go into the next season. We’re not just going to drop it. Jennifer Love Hewitt’s such an empathic performer. She’s just so great at expressing an experience for the audience, [such as] the story of her and her ex and the domestic violence, those important topics. This is another important topic and without it becoming kind of a message-y movie of the week kind of thing, it’s something that we felt like we could address. The show has always, always been about personal emergencies, just as much as 9-1-1 calls and fiery emergencies out in the world. It just felt like a good story for her.

How will Maddie and Chimney [Kenneth Choi] be handling this?

I would definitely buckle up. 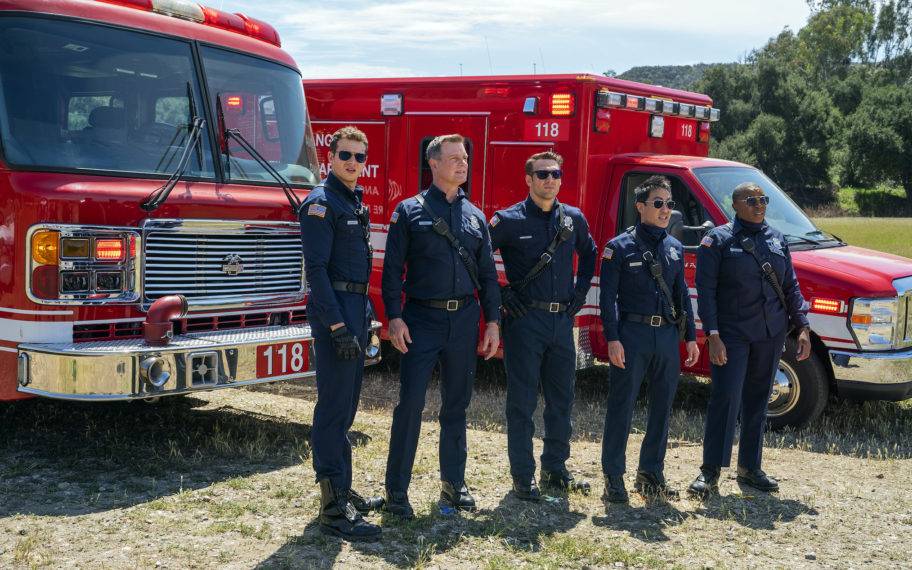 Speaking of that family, is Albert [John Harlan Kim] going to be a member of the 118 going forward?

He’s definitely going to be a member of the LAFD. Whether that means 118 or some other company is a question that will be answered in Season 5.

Is the plan for everyone to come back next season?

That is the plan.

Are we going to see May continuing to work in the call center?