Centering on Ryan Hayes (writer and executive producer Ryan O’Connell), a gay man with mild cerebral palsy, the final season sees Ryan on a search for independence away from his overprotective mom Karen (Jessica Hecht), breaking his writer’s block and maneuvering through a relationship that is hella complicated.

On his journey of self-discovery, he’ll meet Buck Andrews’ Henry, who has high-functioning autism and exhibits stimming (repetitive, self-stimulating behavior). Andrews, a queer actor on the spectrum, was ecstatic about not only appearing in the series but also getting a voice in the series’ writer’s room. Here, the newcomer opens up about how Special really is when it comes to representation on television. How Less 'Sweet' French Films Inspired 'Master of None: Moments in Love'

'I think it's something that anyone can relate to, even though it happens to be two women in this love story,' says Lena Waithe.

When was the moment you wanted to become an actor? Who were early inspirations growing up?

Buck Andrews: In a way, Special is my coming out party as an actor. I’ve been writing for a while, and then I started acting in my own sketches and hosted a live show with one of my best friends in college. But I never thought that acting was something I’d fully be doing. My main inspirations growing up were theatrical pop stars like Lady Gaga dressing up as Jo Calderone at the VMAs or Björk at the Royal Opera House. And then later in life, Lisa Kudrow. Ryan and the writer’s room showed me [Kudrow’s HBO comedy series] The Comeback. I hope that we as a society have enough intelligence to elect her as president, or something.

How much did you know about Special prior to joining the show?

Initially, I only knew the series creator Ryan from afar, and from billboards. Now I know him from up close, and billboards. As for the first season, I watched the show and absolutely loved it! They were able to pack so much into it and cover subject matter that’s usually taboo. The scene between Ryan and Brian Jordan Alvarez…god-tier. How did your opportunity to be on the show come about?

A friend who I was casually seeing. I know, so gay. He asked if I wanted to interview for a writer’s assistant position. Ryan called me in the middle of an Upright Citizens Brigade class and was like, “Cancel your class, babe, you’re coming with me!” Honestly, it was kind of surreal.

It was heartwarming — and very medical. It felt like we were on the set of Grey’s Anatomy or The Good Doctor; I’d have people putting swabs up my nose all day and everyone was hidden behind a face shield. But PPE aside, I would do it all again in a heartbeat. The directors Craig [Johnson] and Anna [Dokoza] made me feel so comfortable on set and Punam [Patel], Ryan, Max [Jenkins] and the rest of the cast made it so — dare I say, special!

Tell me about Henry and the impact he has on Ryan.

I think of Henry as a liberating gateway drug for Ryan. He’s Ryan’s pill in accessible Ibiza. He introduces him to other disabled people and shows Ryan that there’s a world of possibilities.

What does it mean to you to have a role in a show that brings representation to so many watching who may have never seen themselves on television?

I think for autism and neurodiversity, there are these ingrained stereotypes of who people are and what they’re capable of. Capitalism is real and for a long time, the language revolved around our ability to produce. Naturally, that bled into the media, and ironically, we were ousted from roles, both in front of the camera and behind, because they didn’t think we could produce the content. But that’s what’s so amazing about Special, the characters just get to just live, laugh, love like whole-ass people. On some other shows, they’d flatten the characters’ storylines for something generic and easily digestible. And I have a cute butt — I don’t want anyone to ever flatten me!

Any other projects coming up you want to let people know about?

I’m a working girl, in the process of writing my debut novel, and have a couple of shows that I’m developing which I’m really excited about. I’m a huge history nerd and in particular, fascinated by one president from way back when. Stay tuned, babes!

Seasons 1 and 2 of Special are available now on Netflix 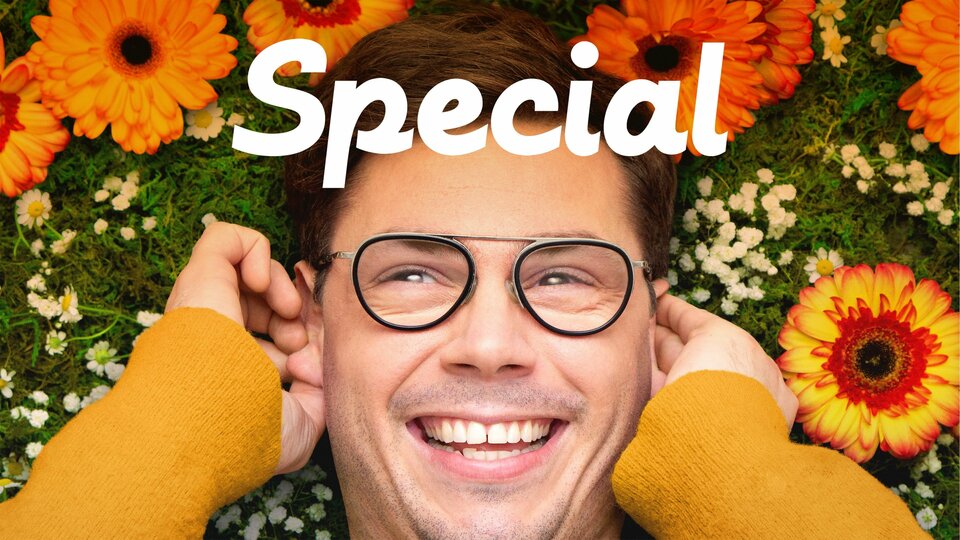 Special where to stream