Jon Bernthal, Josh Charles and Jamie Hector Join HBO’s ‘We Own This City’

Jon Bernthal, Josh Charles, and Jamie Hector are set for lead roles in HBO’s We Own This City, a new limited series from the team behind The Wire.

Based on Baltimore Sun reporter Justin Fenton’s book We Own This City: A True Story of Crime, Cops and Corruption, the six-episode series will focus on the Baltimore Police Department’s Gun Trace Task Force.

Similar to The Wire, the show will dive into the corruption and moral collapse of a city where policies on drug prohibition and mass arrest were favored over actual police work. The Wire‘s David Simon (creator and executive producer) and George Pelecanos (producer) are behind the series, which will be directed by Reinaldo Marcus Green (Monsters and Men). Fellow The Wire alum Ed Burns and Bill Zorzi join Simon and Pelecanos as writers on the series, alongside New York Times best-selling author Dwight Watkins.

Bernthal, known for his roles in The Walking Dead and The Punisher, will play Baltimore Police sergeant Wayne Jenkins, the key figure in the sprawling federal corruption case surrounding the Gun Trace Task Force. As the decades-long war on drugs spun out of control across Baltimore, this plain-clothes unit went completely rogue and began hunting and robbing citizens and drug dealers alike. 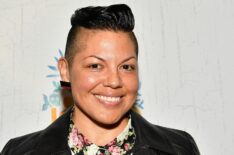 Emmy-nominated Josh Charles stars as Daniel Hersl, an arrogant, swaggering cop known for his casual brutality against Baltimore residents and the subject of countless citizen complaints.

Jamie Hector, who played drug kingpin Marlo Stanfield in The Wire, plays homicide detective Sean M. Suite, who gets caught up in the case and is called to testify before a federal grand jury. Unfortunately, Suiter finds he can’t outrun his past.

We Own This City is expected to go into production in July.