[Warning: The below contains MAJOR spoilers for Season 1, Episode 7 of 90 Day: The Single Life]

The singles come to face to face with their insecurities and ultimately question the status of their budding relationships. Danielle needs an apology from ex-husband Mohamed to fully move on, Robbie shows his true colors to Fernanda, and Molly realizes that Kelly may not be the one for her. Will any of these couples last?

After revealing to her friends that she’s not still over Mohamed, Danielle reaches out to her ex-husband to discuss his previous cruel statements.

“It just takes that one negative remark to feel bad about yourself, and then it takes forever to build that confidence back up,” Danielle explains. “I want to confront him about what he said those years ago.”

Danielle FaceTimes with Mohamed, asking for an apology. “Ever since you have said those words, it took a part of me away,” she opens up. “Something like that should never be said to a woman. I need to hear you say sorry.” Mohamed instead argues that Danielle “made him” say those things, and asks for his own apology. “You started talking about it. You opened it up,” he argues.

Danielle’s friend has to get involved, and takes control of the situation, telling him that there is “no excuse” for his actions. Mohamed softens. “I’ve been through a lot. Of course I regret saying those things,” he says. “Sorry for saying that. … If we put all the drama stuff aside, I respect her as a person.” Danielle starts crying, and it seems she’s finally gotten the closure that she needed.

Seems like Fernanda’s budding romance with attorney Robbie has hit the brakes. Fernanda vents to her friend over cupcakes that Robbie isn’t an attentive texter, which is a red flag after her divorce. “I thought that Robbie and I had a really strong connection, but he can’t text me two times in a week? What?!” she stresses. Finally Robbie reaches out to take Fernanda on a surprise dinner date. With an eye for the dramatic, Robbie invites Fernanda on a “yacht” at night to get takeout from a pizza place along the Chicago river. But Fernanda doesn’t hold back on calling out Robbie. “It’s important for me to know where I’m standing,” she starts.

Robbie is visibly irritated. “So what, I didn’t call or text enough?” he says. “Things don’t happen overnight, and maybe you’re used to things happening overnight. … You have to get to know somebody more than surface level.” Isn’t that exactly what Fernanda is asking to do?

“Actions?! I mean, what more actions do you need other than this?” Robbie points to the boat. “Cut the bulls**t. That’s ridiculous. … I’m not a kid anymore. If you want to f**king talk to me, you text me.” Robbie doesn’t seem to be making the case that Fernanda is the immature one here. He threatens to “be out” of their relationship if Fernanda keeps bringing up texting and calls her insecure. Ugh, thank you next.

Brittany: Begging for It

Brittany is still recovering from her ATV accident, but her new flame Justin has been taking good care of her. After a picnic together, Brittany introduces Justin to her Houston pals. Their first question: Have Brittany and Justin consummated the relationship? Brittany assures them that not yet, since she secretly still is considering other fling Terence. Yet Justin is leaving tomorrow, and urges Brittany to get intimate so they can know where things stand. “That way it gives me a chance to actually see something in her,” Justin defends himself. “Tonight is a crucial point in our relationship.”

Brittany’s friends aren’t having it. They dub Justin “a simp” weak guy just looking out for himself. “I don’t want to just jump into something,” Brittany responds. “Women can be just like men. We don’t want it thrown at us…it’s too easy.”

Ed: A Hint of Jealousy

Speaking of being desperate, Ed nervously tries to patch things up with Liz. Ed invites her over for wine to discuss where things are at. Prior to going over, Liz tells the camera she’s upset, and that both jealousy and communication are “issues” in their relationship — and they’re not even really dating yet!

Liz shows up at Ed’s house like she’s in hiding, completely with a large floppy baseball hat. Yet all her reservations are solved within a matter of minutes following Ed’s apology, and she agrees to still accompany him to the overnight wedding the next day. “My jealousy is my insecurity, that I need to work on,” Ed explains. “I’m acting like your boyfriend and we haven’t even kissed. I need to earn that position with you.” Liz is open to “giving it another chance” with Ed, but warns him that he needs to be more open with her before making paranoid assumptions. “You say it, we’ll see it,” Liz concludes.

Molly: Baby on the Brain?

Back in Georgia, Molly bids farewell to beau Kelly. Apparently Kelly left one bombshell with Molly: He wants to have kids. “I mean, it was really crazy because I’m certainly not ready to have this conversation. I don’t want to have kids, I don’t want to start over with kids,” Molly confesses.

So, can she make it work with Kelly?

“If him staying with me is contingent upon whether or not Kelly and I can have a baby, it will never work,” she warns.

Next week, Ed and Liz spend the night in a hotel room together, and Danielle goes on a boat date with a mystery man. Brittany asks Justin for space on his last night in Texas, and Colt and Vanessa go to couples therapy to discuss sex. And then Molly makes a shocking discovery about Kelly! What could it be? Guess 90 Day fans will have to wait and see! 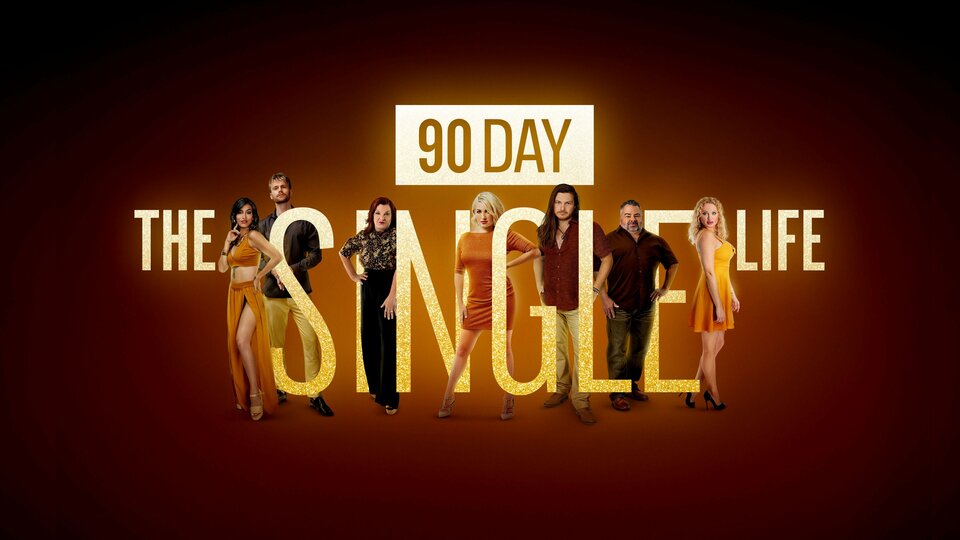