Welcome to the Grishaverse, the dark fantasy world created by bestselling young adult author Leigh Bardugo. In Netflix’s upcoming eight-episode drama Shadow and Bone, viewers will dive into this expansive world headfirst — thanks to Bardugo’s many novels set in the detailed landscape, from the trilogy Shadow and Bone to duology Six of Crows.

The story primarily follows the harrowing voyage of self-discovery for newly powered soldier Alina Starkov (Jessie Mei Li) in the fictional wartorn Ravka (inspired by Tsarist Russia). Alina will hone her special sun-summoning powers as an essential part of an elite army hoping to liberate her homeland, but danger (in the form of Ben Barnes‘ character General Kirigan) is afoot.

Alina’s story, which is from Bardugo’s Shadow and Bone book trilogy, collides with a trio of creative criminals, known as the Crows (led by Freddy Carter’s cutthroat Kaz Brekker), from Six of Crows. The latter are from Ketterdam, which according to executive producer Shawn Levy (Stranger Things), “feels like a mix of old Amsterdam and a modern Vegas.”

But both Alina and the Crows are headed towards even darker territory: The Shadow Fold, a pitch-black expanse filled with ferocious horrors like the Volcra. “Any sound, any light, can attract the Volcra,” Levy teases. “Crossing the Fold is a high-stakes and terrifying journey.”

The highly anticipated fantasy series has been compared to the likes of Harry Potter and The Hunger Games, with elements of other epic adventures (think: Ocean’s 11). “It’s big, fun, romantic, and full of diverse characters,” Levy says of the show. 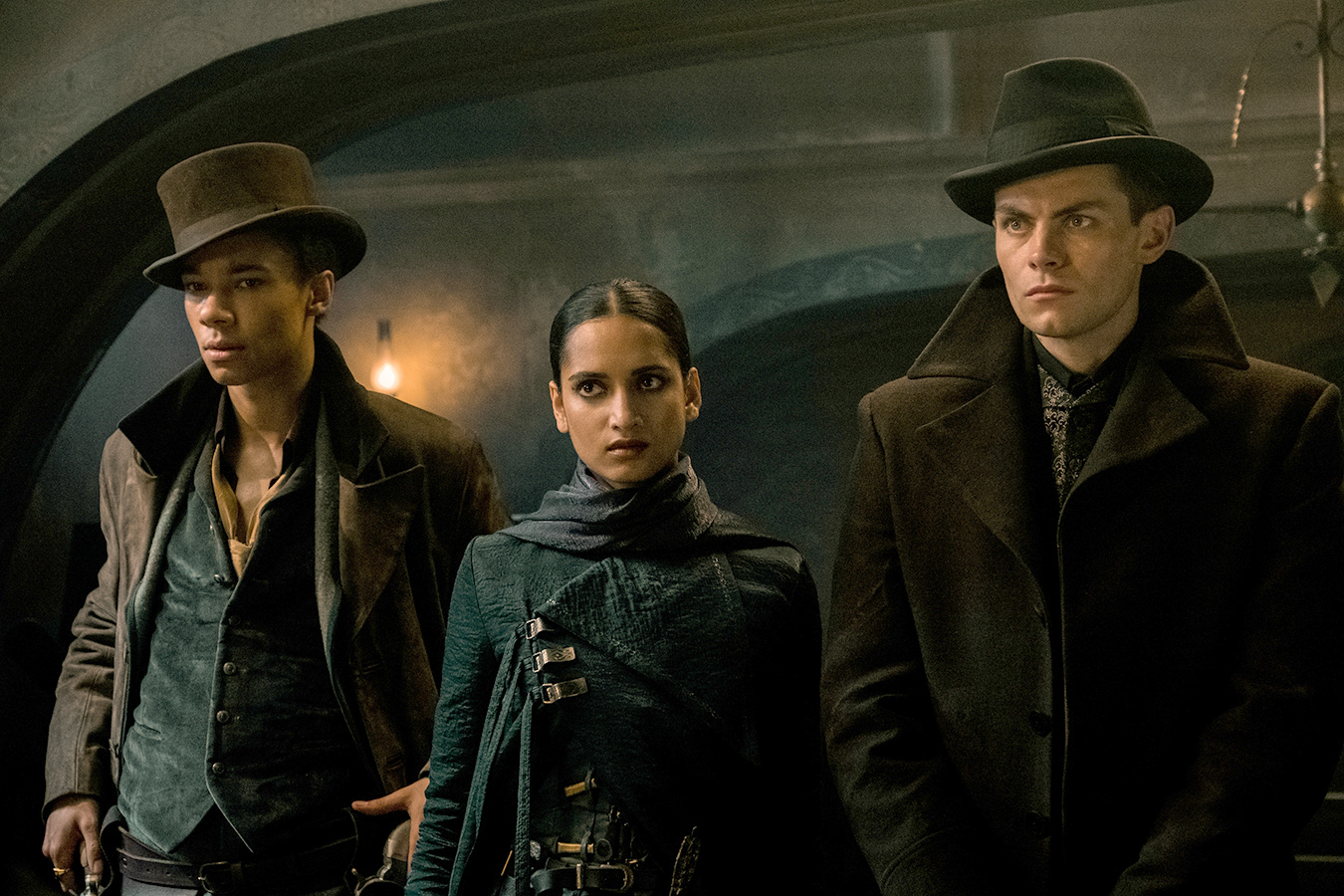 And fans of the original tales shouldn’t worry. “Leigh Bardugo has been intimately involved in the adaptation as my fellow executive producer, so any changes have the Bardugo stamp of approval,” Levy promises. “But there are definitely some new Easter eggs in there for fans of the book to enjoy.”