‘Sister Wives’ Stars Kody and Meri’s Troubled Relationship: A Timeline, From the Highs to the Lows

For years now, Sister Wives fans have watched Kody Brown and first wife Meri Brown drift apart, and in Season 10 it seems things are coming to a head. It comes just as the whole family is dealing with new stresses, from their move Flagstaff, Arizona, to the social distancing they need to maintain due to COVID. But for Kody and Meri, those factors are really just the tip of the iceberg.

On the March 28 episode on TLC, Kody gave his side of the story, saying that he and Meri “sort of saw our marriage just dissolve” after she struck up a relationship with an online catfish in 2015. Where Is Kelly Ripa? Talk Show Host on Break From 'Live With Kelly and Ryan'

The second week of the talk show host's absence kicks off with a rerun.

“We’ve never come back together from that,” Meri admitted, saying she didn’t handle the situation Well. But she also said she had felt a coldness coming from him since before the incident.

And Meri was all in on the marriage as recently as December 2020, when she posted the following on Instagram: “My relationship with him is my relationship with him,” she wrote at the time. “Sure, we’ve had ups and downs through the years. I mean, isn’t that somewhat normal? High highs and low lows. … But here’s my truth. I love him. I love my family. I’m committed. I have 30 years in this. … I’m not going anywhere.”

Whatever their status, it’s clear these two, for good or bad, will always be connected. Here’s a timeline that shows the highs, the lows, and the reasons for hope.

According to a TLC bio, Meri — who was raised in a polygamous family — met Kody in October 1989 after a new friend — who just happened to be Kody’s sister — introduced them. Meri and Kody spent a lot of time together over the next two months, and Meri realized that he reciprocated her feelings for him. “He would make little leading comments to me,” she said. “He would look at me with a crooked smile and a wink. I still love that wink.”

Kody proposed to Meri just two months after they met, on Christmas eve. They were married in April 1990, at the tender ages of 19 (Meri) and 22. “Crazy! I know!” Meri wrote in her bio. “We were in love and knew we belonged together, and we had all our parents consent for the union.”

Meri was raised in a polygamist family and wanted to enter into a plural marriage, as she explained on The Oprah Winfrey Show. “When we were talking about marriage and stuff, at that point, [Kody] and I both knew that eventually we would take another wife or wives into the family,” she said.

Five years into their marriage, Meri gave birth to her and Kody’s only child, daughter Mariah. (Kody currently has 18 children.) During the childbirth, Kody mistakenly announced that Mariah was a boy, Meri wrote in her bio. “The midwife had to correct him; I guess he thought the cord must have been something else,” she quipped.

Meri, who had long wanted other children, said after having Mariah, she has assumed she easily get pregnant again. But after years of trying, and coming to terms with her situation, she found out she was pregnant. Heartbreakingly, she suffered a miscarriage in 2008. “The doctor just said, ‘This is not a viable pregnancy,’” Kody recalled. on teh show. “We were just back to a dark place.”

Added Meri, “I was so frustrated and so angry. I didn’t understand why, after another 12 years of trying…it was just taken away from us.”

In 2014, Meri and Kody legally divorced so that Kody could be Robyn’s legal husband and adopt the children Robyn brought into the family from a prior relationship.

Meri cried as she signed the divorce papers, but she kept things in perspective. “If ever I’m having an emotional moment about maybe what I lost, you know, I just think, it’s not about me,” she said in a confessional on the show. “It’s about the kids. And that’s what makes me happy.”

Loneliness, says Meri, drove her to chat with people online—including a woman who posed as a man named Sam. “I got into this situation talking to one person who really made me trust him,” Meri explained on the show. “He was just saying all the right things, being very kind and compassionate and understanding. And I trusted him. We kind of just started talking online, and I laughed.” Of course, Sam would never meet up with her, and the the truth came out.

Meri said in a 2016 episode that her catfish helped rile her up in terms of Kody, and how he was doing her wrong. She pushed Kody away as a result, she said.. But then Kody stayed away — even after the catfish was out of their lives.

“I feel like I’m just doing my life by myself,” a tearful Meri told Kody as they discussed their relationship troubles. “It’s not what I signed up for.”

When Mariah came out as gay to her parents and the other wives in a 2017 episode, Kody immediately embraced his daughter’s new identity. Meri, however, took a while to get used to the idea. “Kody’s always had a way of being able to speak to Mariah and connect with her that I haven’t necessarily had,” Meri later observed in a confessional. “He makes her feel loved and cared for and safe.”

Tensions increased between Meri and Kody after she had turned a family homestead into a bed-and-breakfast called Lizzie’s Heritage Inn in Parowan, Utah.

The inn’s website explains that Meri is “the owner and the great-great-granddaughter of the original owners. [She] had a unique opportunity … to bring this very special historical landmark back into the Adams family and operate as an innkeeper sharing her legacy and tales of yesteryear in a warm and inviting atmosphere.”

“Throughout this entire thing with Meri pursuing this home, I’ve struggled not to see it as sort of self-indulgent,” Kody told viewers. “It’s never been about the family, it’s just been about Meri needing this house in her family.”

An episode earlier this season showed just how low Kody and Meri’s relationship has gotten.

“We’re a family, but we’re not acting married,” Kody told their couples therapist. Meri added, “The relationship between he and I is gone. It’s dead. It’s over.”

More recently, however, Kody said that despite not necessarily having “romantic inclinations” in the marriage, he has let go of his bitterness over the catfish situation and feels “more friendly with Meri than I have felt in six or more years.” 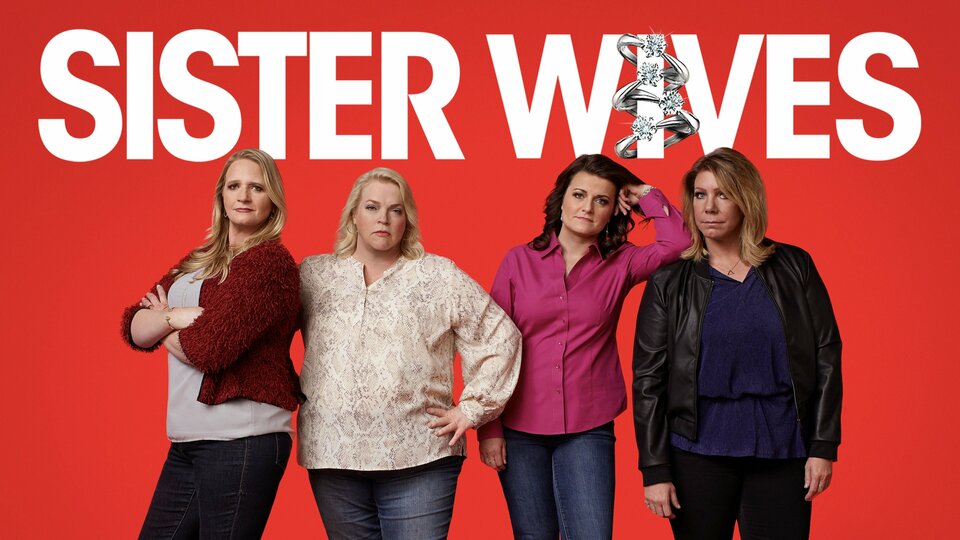