Who Is the New Captain America on ‘The Falcon and the Winter Soldier’?

[Warning: The below contains MAJOR spoilers for Season 1, Episode 1 of The Falcon and The Winter Soldier, “New World Order.”]

The first episode of Disney+’s latest Marvel series The Falcon and the Winter Soldier has dropped and, if you, like us, watched it, you’re probably wondering who the heck is this new Captain America.

The premiere focuses on what the original Captain America’s (Chris Evans) best friends, Sam Wilson (Anthony Mackie) and Bucky Barnes (Sebastian Stan), are up to. And for both of them, things are pretty intense. But The Falcon and the Winter Soldier also introduces a new character in its final moments when, donning a new-and-improved suit, the new Captain American takes command of Steve Rogers’ shield. 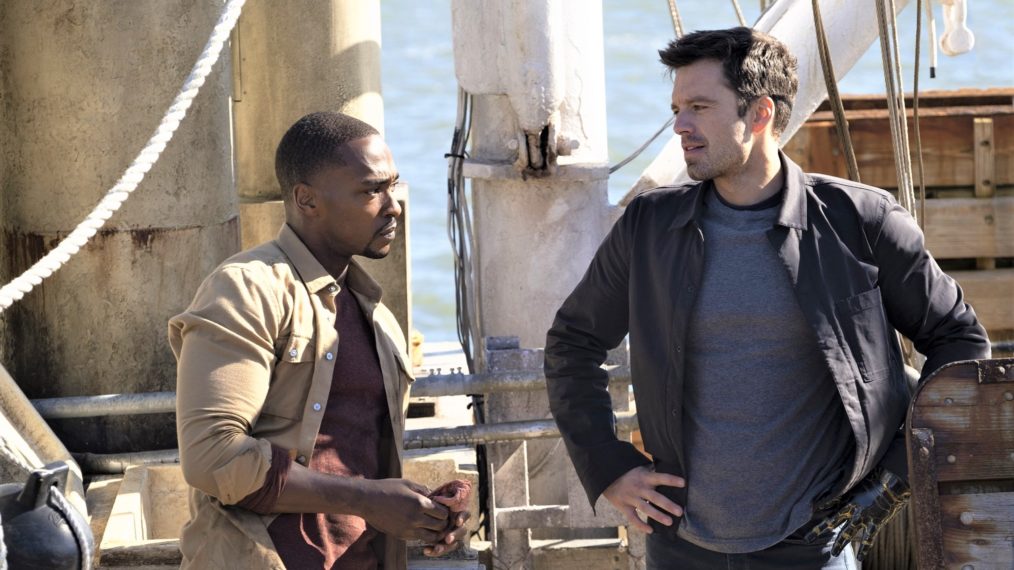 You might be thinking, wait a minute, Rogers gave Sam the shield in Avengers: Endgame. “How does it feel?” Steve asked him in the 2019 film as Sam tried on the symbolic shield for himself. At the time, Sam says it doesn’t feel like it belongs to him, but the real Captain America, says it isn’t someone else’s.

So, the Captain America role was Sam’s to fill, right? Well, instead the Avenger is tackling projects for the U.S. Military and helping out his family in New Orleans, leaving a gaping hole behind for the public and government to fill Cap’s role.

The man seemingly for the job? A character from the comics, known as U.S. Agent, who is brand new to the Marvel Cinematic Universe: John Walker (Wyatt Russell). He’s introduced in the episode’s final moments by a department of defense government official, played by Alphie Hyorth, who tells the public, “We need someone to inspire us again, someone who can be a symbol for all of us. So, on behalf of the department of defense and our commander in chief, it is with great honor that we announce here today that the United States of America has a new hero. Join me in welcoming your new Captain America.”

While not much is revealed in Walker’s wordless seconds on screen, there’s something unsettling about seeing a “stranger” take up the mantle. In the series, according to the show’s production notes, Walker is a high-ranking soldier in the U.S. military who is considered both patriotic and well-intentioned.

Viewers apparently will see him attempt to team up with Sam and Bucky as they tackle new threats around the world. “I gravitate towards characters who need to make difficult decisions,” Russell said in the notes. “His dichotomies are what attracted me to him, and I’ve been allowed the leeway to shape him a little because we’ve never met this character before.”

Where the show will take him obviously remains to be seen, but we’re already on guard.

The Falcon and The Winter Soldier, New Episodes, Fridays, Disney+