[Warning: The below contains MAJOR spoilers for Season 8, Episode 13 of 90 Day Fiancé.]

As couples prepare to walk down the aisle, the women are on different pages than their fiancés. Yara buys a Vegas wedding dress while Jovi gets a lap dance, and Natalie is scared to commit to a gown without even having her engagement ring back from Mike. Will any of these relationships be ready to tie the knot in just a few weeks? '90 Day Fiancé': How to Tie the Knot During COVID, Plus a Cougar Moves on (RECAP)

A new cast member, apologies, and wedding planning give these couples a breath of fresh, drama-free air.

With only three weeks left to wed, Mike and Natalie are still on uncertain terms. He refuses to take the leap with her but admits that they’re “heading in some right directions.”

Natalie decides to browse wedding dresses even though their nuptials are on hold. She FaceTimes her mother back in the Ukraine and ultimately picks a strapless beaded gown. But Natalie can’t purchase anything just yet. “It makes me sad because I saw myself in this beautiful dress and I thought, ‘This is it,'” she tells the camera. “But I cannot buy it right now because it’s too expensive to risk it when they might be a possibility that I just won’t have the wedding.” 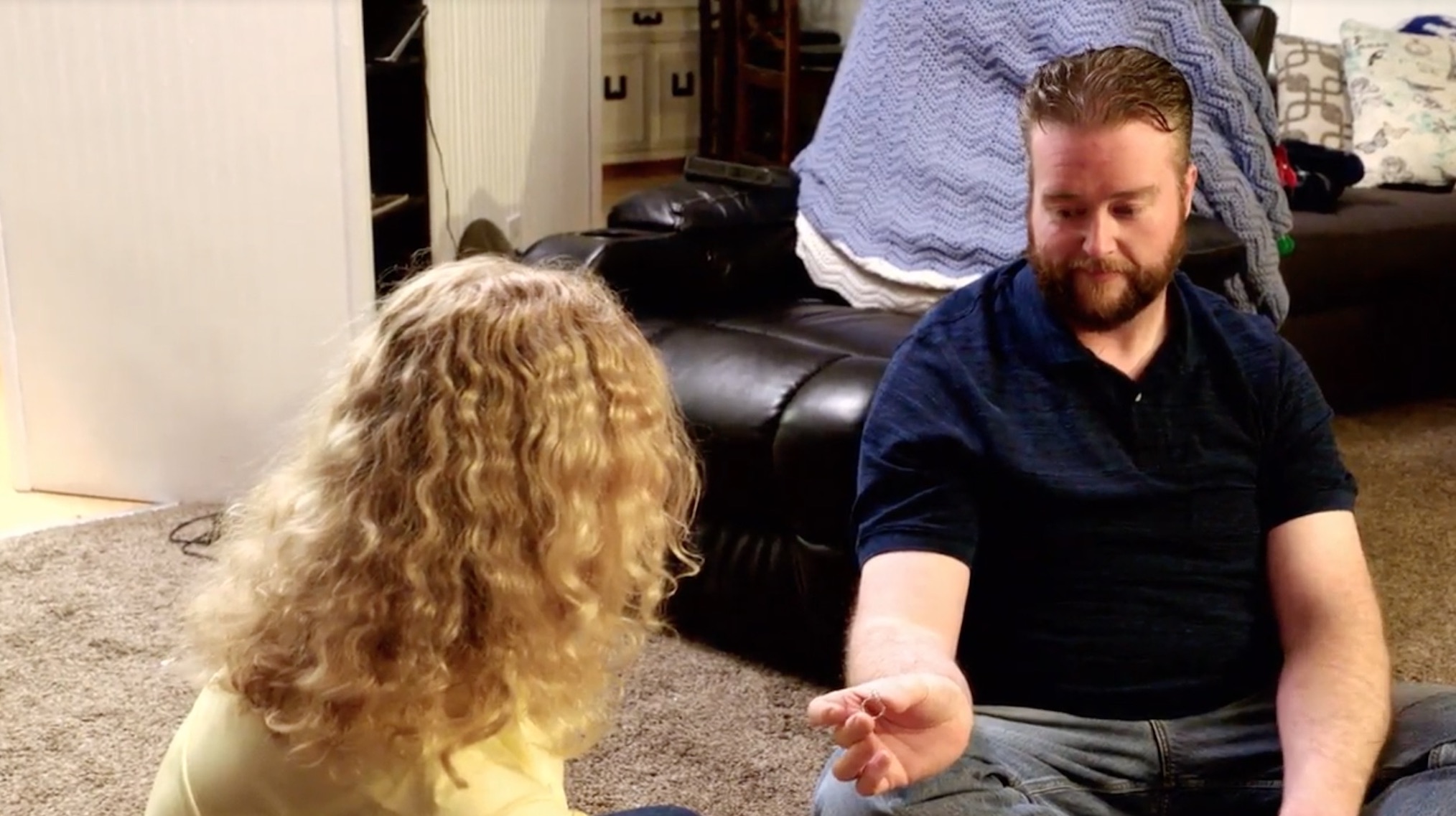 Eventually, Mike gives Natalie her ring back but confides to the camera that he wishes there was a “pause button” to their 90 days. They’re clearly dysfunctional but still go into the bedroom to intimately “practice some non-social distancing.”

Julia, Brandon, and Brandon’s parents tour a church for their nuptials. Brandon is completely apathetic to wedding planning — even forgetting why they chose the date (May 9) to tie the knot. Hint: The day marks the anniversary of when Brandon told Julia she “looked like his future wife.” Brandon sulks like a bored child but offers up some semblance of emotion only when Julia tears up. Julia threatens to call off their church wedding, but it also seems like a convenient reason for them to have a smaller ceremony during the COVID-19 pandemic.

Jovi & Yara: Dressing Up & Stripping Down

Yara goes wedding dress shopping with Jovi’s mother Gwen. Since she’s getting hitched in Vegas, Yara wants a flashy long sequin gown in lieu of a traditional wedding frock. Yara also personally invites Gwen to the wedding ceremony. “For the first time since I got here, I actually feel like I’m getting married,” Yara beams. Later, Yara has an accident and has to go to the doctor to check that the baby is OK. But her health scare doesn’t stop Jovi from having a bachelor party. He goes to his favorite strip club, and even heads upstairs with a Yara lookalike. Yikes.

Following their awkward three-way call with ex Minty, Hazel has been giving Tarik the cold shoulder. Tarik accuses Hazel of painting him as the “villain,” but let’s be real: Hazel is totally right.

“I don’t trust you with her,” Hazel utters. “Ex is ex for me. I want no more chatting, no more calls [with Minty].” Tarik tells Hazel that she already “won” because she’s in the U.S. on the K-1 visa. “You have to trust me all the way or not,” he pushes her. “Trust is the life blood. If you don’t have that, you don’t have a relationship.” He’s still going full-steam ahead with their nuptials and orders a white tuxedo with a powder blue bowtie for the wedding. It’s clear these two will work it out no matter what.

Against her better judgment, Amira travels to Serbia to quarantine prior to flying to the United States. Andrew’s disturbing smugness still proves to be obnoxious, and Amira’s nasally whine echoes in circles as she once again lists all the reasons not to follow Andrew. Maybe they are a well-matched couple after all. “I really am going crazy for love,” Amira tells the camera, as Andrew applauds “her decision” that he Inception‘ed. Amira lands in Serbia without a hitch but is dreading spending 14 days in quarantine at her hotel. “It just feels like an eternity,” she cries.

Zied still tries to get Rebecca to understand the rules of Ramadan, but she isn’t having it. With three ex-husbands on her mind, Rebecca is worried about rushing into another marriage. But Zied is a religious man and begs her to respect his culture. “This is important for me,” he states.

“I just don’t want to get married in the court,” Rebecca responds. “I waited two years for you to get here and because I won’t marry you in two weeks, you want to go stay somewhere else?” Privately she admits in a confessional that Zied flip flops between being a devout Muslim and more laissez-faire with his faith, especially when it comes to them living together while unmarried. Rebecca tells Zied that he will have to live someplace else if this is his ultimatum. Zied reminds her that he easily can go back to Tunisia and is in Georgia for Rebecca, not a Green Card.

Stephanie & Harris: “That Was Not Revenge Sex”

A bumbling Stephanie promises Harris that he’s not a rebound from her ex-fiancé (and his cousin) Ryan. Of course there’s another complication: It turns out Harris has three children with a woman he’s been with since he was 17, and despite being on and off for over a decade, he assures Stephanie he is currently single. Stephanie asks Harris if he’d be willing to move to America to be with her, and he assures her that she “doesn’t need to ask twice.” His motivation? “I know Stephanie and the Americans are rich people, have big great houses and everything they need in life. I think going to America, I can do a lot better in my life and for my family,” he admits to the camera. “And even Stephanie, I can be by her side and protect her and make sure she gets the treatment that she deserves.” Sounds legit.

Next week, Harris tells Stephanie that he loves her, Rebecca and Zied try to figure out their living situation, and Hazel and Tarik get advice from friends. Amira voices her concerns about starting a family with Andrew, and Yara is rightfully infuriated with Jovi on the way to their wedding. Plus, there’s a new twist: Natalie says through tears that Mike “changed his mind” and their wedding is entirely cancelled. “It’s over,” she gasps. What happened?! We’ll have to wait until Sunday to find out!