The 90 Day Fiancé franchise has finally come full circle with its new spinoff, 90 Day: The Single Life, focusing on former stars who are once again single and back in the dating game.

The cast members giving things another go are Colt Johnson, Danielle Jbali, and Molly Hopkins — who shared their love stories and subsequent divorces — on Happily Ever After?, as well as Before the 90 Daysicon Big Ed Brown, 90 Day Fiancéalum Fernanda Flores, and The Other Wayfan favorite Brittany Banks.

Below, lead stars Colt, Danielle, and Brittany discuss what to expect from the Discovery+ spinoff, and share a bit of what they know about love.

Why did you join the series?

Colt Johnson: I happened to be dating locally at the moment. It really was everything aligning together.

Danielle Jbali: I was nervous and excited to put myself back out there again, but I do want to share my journey. Hopefully it can help other women.

Brittany Banks: Because of the pandemic and everything that was going on, I kind of left things on The Other Way with a cliffhanger. I feel like the fans deserve more and were asking for more.

How has your life changed since last appearing on a 90 Day Fiancé show?

Jbali: I’ve grown over the years because of the experience. I started focusing more on myself. I went to college and got an associates degree, and then this year I started nursing school. My family has also grown; I have five grandchildren now and my daughters are all out of the house except for my youngest. I definitely have more “me” time!

Banks: [As a rapper], I have so many songs in my vault. There’s definitely some good music coming, and there’s a song on the show that I literally wrote in an hour.

Will your families be giving their two cents are on your love life?

Johnson: I can’t be on television without my mom Debbie in some capacity. I love her. She’s definitely part of my life and when I’m dating, she’s always the first person I’ll go to for advice.

Most of you connected with your former fiancés and spouses through dating apps. Are you looking for love online again?

Jbali: I’m looking for love anywhere and everywhere right now. With the pandemic, you have to go outside because you can’t really meet people in person right now, so it’s a challenge!

Johnson: I tried speed dating and blind dating, things I’ve never done before. I’ve actually never dated anyone locally in Vegas so it’s a first for me, really. How have your past relationships affected your approach to dating?

Banks: They have everything to do with how I’m dating now. I’ve had to take a deep look within and figure out why I keep being attracted to men who need help and healing, and who come off a little shady. Now I’m going out there a little bit stronger in the dating field and being more clear about what I want. I’m just becoming a better Brittany. Johnson: Watching Happily Ever After? [and my interactions with ex] Jess Caroline over the last few months opened my eyes to a lot of things. I wasn’t a good boyfriend whatsoever. Since then, it’s just been about taking my time and trying to figure myself out. It’s been very therapeutic.

Brittany, you’re proudly sex-positive and shared that you’re open to falling in love with anyone regardless of gender or age. Will viewers see you exploring a variety of potential suitors this season?

Banks: I’m just going for whoever treats me the best. After my ex-husband, I kind of went into a space with Yazan where I reverted into my bad dating habits. But before that I felt like I was just dating whoever was best for me. I felt so happy. And it seemed like the guys treating me the best were older. I feel like it’s because they had more experience and knew what to do. When somebody is 24 or 25, they don’t know that they should get you flowers or put in a little effort or show you a little attention, or be sensitive sometimes. You’ll see what kind of guys I’m dating, what kind of girls I’m dating. It’s 2021 and people should just do what makes them happy.

Jbali: I’ll always care for him because we’ve been on a journey together: we went through the K-1 visa process, we appeared on the show. There’s not a lot of people who have experienced that, so he’ll always be part of my life. I have a kind heart where I’m very forgiving. I’d rather have peace than be fighting with someone. 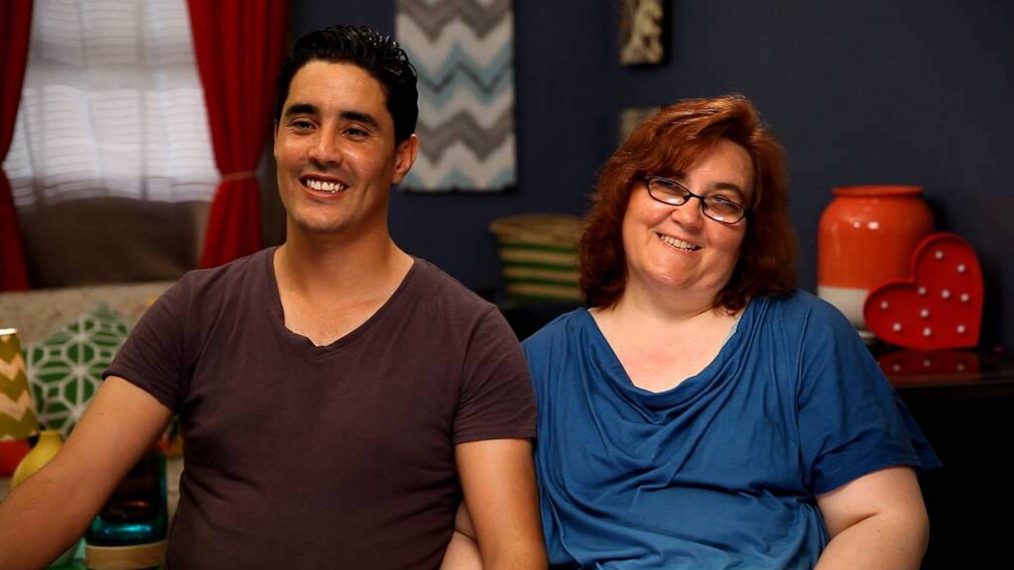 Colt, in the trailer we see you getting down on one knee to propose!

Johnson: Let me tell you, I have a track record of falling fast and hard for a lot of people, so proposing seems almost natural to me. You’ll have to wait and see how all that unfolds, but let’s just say by the start of the show to the end of the show, you’ll see this beautiful arc and it will all make sense. Plus, why her Discovery+ talk show is too racy for network TV.

So, what have you all learned about love?

Jbali: There has to be trust, you have to build a foundation, there has to be lots of communication and forgiveness along the way.

Banks: I definitely learned that love is way more furious than I thought it was. It takes a lot more [work], and I’ve been juvenile about it in the past. I learned so much about the importance of communicating.

Johnson: In the beginning I thought love was more like lust, an immediate gratification. Over many relationships and different series, I’ve learned that love is just a thing that exists around you. You need to create it and be realistic about it.