’90 Day Fiancé’: How to Tie the Knot During COVID, Plus a Cougar Moves on (RECAP)

[Warning: The below contains MAJOR spoilers for Season 8, Episode 12 of 90 Day Fiancé.]

Maybe there is hope on the horizon for these couples! Natalie apologizes to Mike and Stephanie moves on — quite quickly — with new beau Harris. The biggest problem our fiancés have this week is figuring out how to tie the knot during COVID-19, and compared to past rumors of infidelity and unplanned pregnancies, such a predicament seems tame. Let’s begin and all share a sigh of relief. Yara continues to plead with Jovi to stop drinking and focus on their growing family. “He needs to understand that I gave up everything that I have to be here. He needs to make sure that I’m happy,” she stresses to the camera. Through tears, Yara once again throws out the only threat she can to try to snap Jovi out of it: going back to Ukraine. 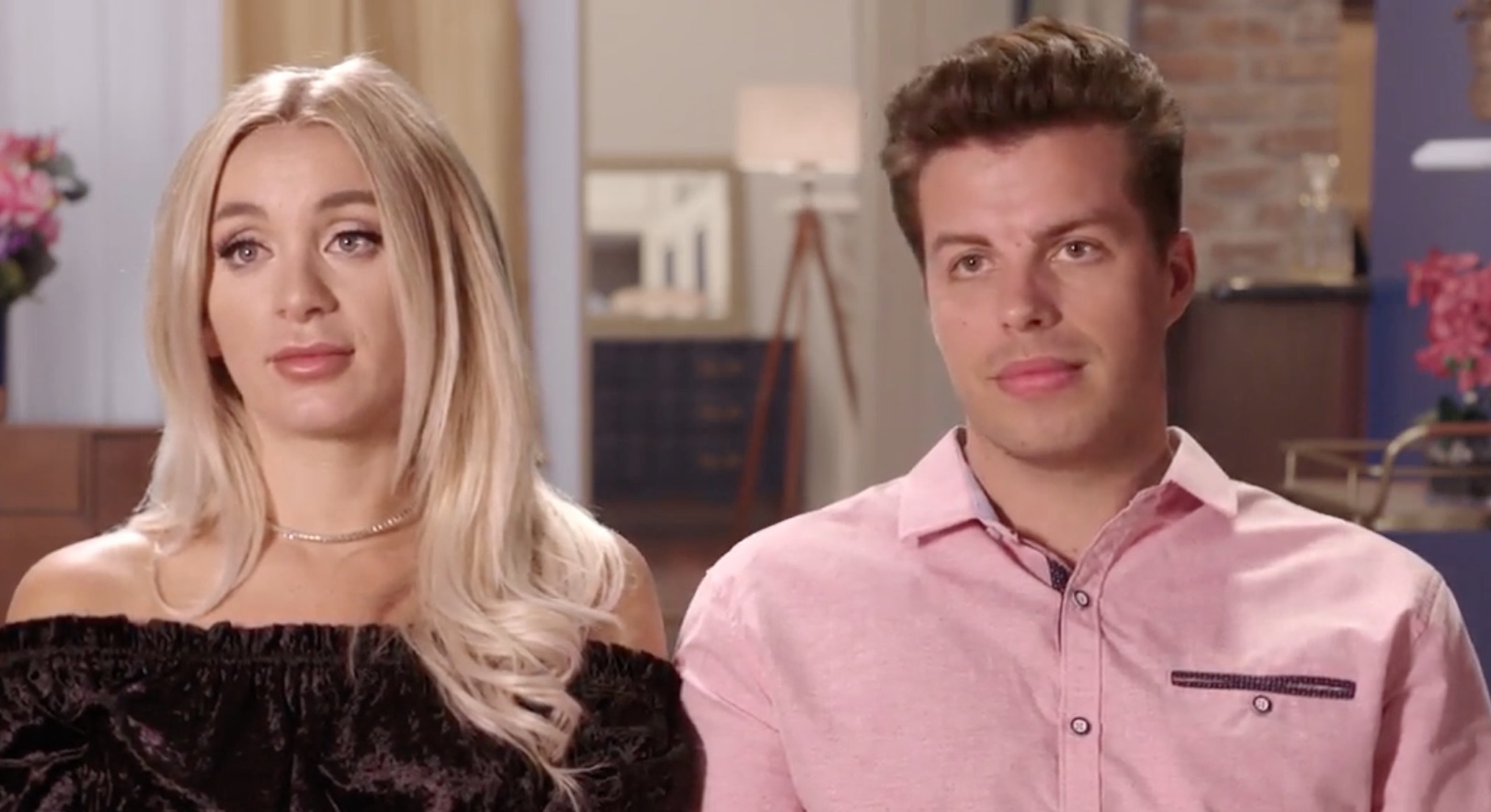 Later, Jovi and Yara sit down with his parents. His mother Gwen asks if they’re excited about the baby or “are feeling like ‘oh, s**t’.” Yara claims that she’s not nervous about the baby but still is steadfast in wanting to elope in Las Vegas with Jovi — without his family present. Gwen is less than enthused. Jovi is forced into the middle and promises both Yara and Gwen that he is trying his best to please them.

Yara acknowledges Jovi’s progress as a fiancé, but she’s wary of New Orleans being a child-friendly city. “I don’t have much time to figure this out,” Jovi stresses.

Stephanie: The Straw That Broke the Cougar’s Back

“After 48 hours, Ryan and I are now over,” Stephanie explains from her hotel balcony in Belize. “Of course I’m f**king disappointed in him. I dedicated three and a half years of my life to a f**king liar.”

Stephanie aggressively stabs a balloon while repeating that she doesn’t — and won’t — miss Ryan. And why would she miss him if she has his cousin Harris already waiting in the wings? 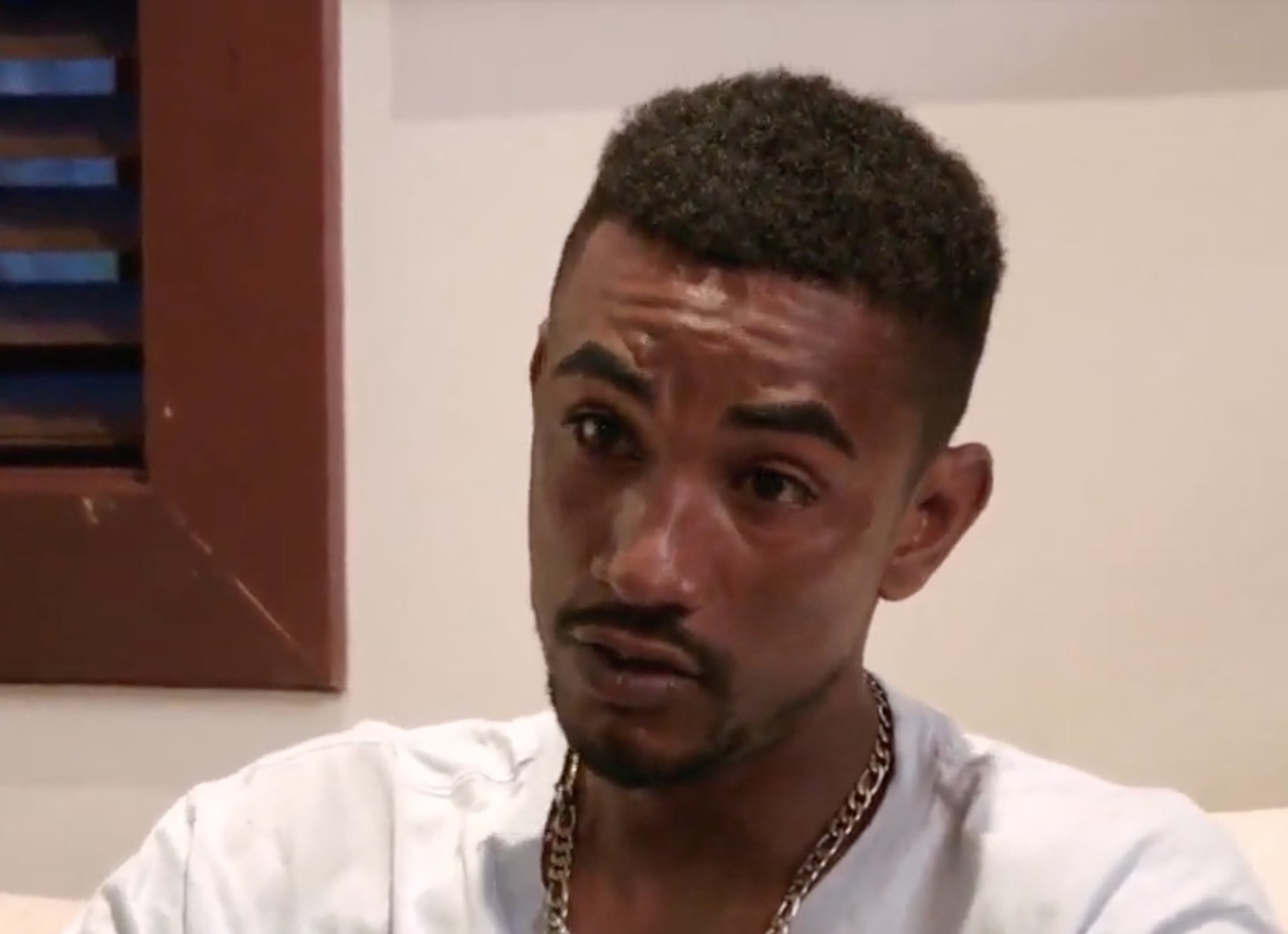 Finally, we get to meet farm worker Harris ourselves. He explains that he took a bus and a boat to the island to see Stephanie, for a total of six hours in transit. Stephanie asks Harris to stay with her until she leaves for Michigan. “I appreciate you, Ry-,” she starts to thank Harris. “I appreciate you, Harris!” she corrects herself. We’re already having fiancé whiplash ourselves.

After realizing she is in fact not pregnant, Julia now can focus on her dream wedding. But in March 2020, the coronavirus threatens how lavish their nuptials can be. Regardless, Julia shops for a wedding dress with Brandon and his mother Betty. Brandon spends most of the time on his phone, while Julia tries to get him to participate in the bridal experience. Julia also FaceTimes her mom in Russia to get her opinion on gowns but only leaves the boutique in frustration over Brandon’s indecisiveness.

Mike & Natalie: A Sliver of Hope

Back in Sequim, Natalie FaceTimes her Ukrainian pal Svetlana. Natalie explains that due to her age (37) she can’t wait any longer to get married and have children. Svetlana reminds Natalie that she should try to slow down. “I should forget and forgive and ask [Mike] for forgiveness,” Natalie realizes. Natalie tells Mike that she’s “moving on” regarding their trust issues, but he still needs time to decide whether he wants to marry her. “I hope Natalie means what she says at the end of the day. Only time will tell,” he concludes.

Tarik & Hazel: No Happily Ever After?

Tarik and Hazel continue their search for a girlfriend. Tarik, however, is impatient on dating apps, because aren’t we all? Hazel clarifies to the camera that she doesn’t just want to meet a woman “for sex” but also hopes to have a “sister and a best friend” in the U.S.

Hazel is trying to not have a Thai girlfriend like ex Minty because she’s worried Thai enthusiast Tarik might fall in love. Speaking of which, Tarik pressures Hazel to FaceTime with Minty. Why?! Tarik doesn’t have a real answer. “She knows us the best,” he stammers.

After Tarik successfully pressures Hazel into a three-way video call with Minty, she’s is visibly uncomfortable. Minty smugly flaunts her virtual reunion with Tarik. “If Tarik was not engaged to Hazel, I think we would be together,” Minty separately confesses. “I think if Tarik is with any woman, Hazel will be jealous. If they get married, I don’t think they will be happily ever after.”

Zied is still wowed by American amenities, including dishwashers. It’s all he can really look at being stuck in an apartment all day while Rebecca works overtime. Thankfully, the engaged couple get some time to themselves, and Rebecca treats Zied to an overnight stay at cabin plus a wedding venue tour.

They go on a horse-drawn carriage, and Zied gushes about how “handsome and amazing” the whole experience is. However, he reminds Rebecca that they need to be married quickly and might be forced to have a courthouse wedding due to COVID-19. She is still holding out for her dream party. “Despite the fact that I’ve been married three times before, to be honest this feels like the first time I’m getting married. This is going to be my last wedding so I want it to be special,” Rebecca states to the camera. In a new twist, Zied tells her they need to tie the knot before Ramadan otherwise per Muslim faith, they cannot live together as an unmarried couple. Rebecca still is worried about rushing into anything and scolds Zied for not telling her sooner.

Remember these two? Well, Andrew is still pressuring Amira to travel to Serbia to quarantine before entering America, and surprise, surprise, her father still doesn’t want her to go. Her dad even threatens to cut off communication with Amira if she leaves France. Wow, seems like both men in her life deal in ultimatums!

Andrew and Amira videochat with an immigration attorney, something they should have done prior to Amira traveling to Mexico. The lawyer gives her seal of approval to the Serbia plan but recommends instead petitioning for a visa reissue. Amira wants to wait but is worried Andrew won’t forgive her for delaying being together. “I’m just telling you that I’m scared history will repeat itself, that you will resent me,” she explains to him.

Andrew spins everything in a masterful feat of gaslighting and tells her that he’s “stuck in this place of frustration” with Amira “blaming” him. “I hope that you’ll contact me with some sort of resolution,” he sums up.

Next week, Julia confronts Brandon about his apathy towards her, Andrew continues to push Amira to travel, and Minty threatens to break up Tarik and Hazel. Plus, Harris is angling to get to America to be with “rich people” like Stephanie, and Zied might have to move out of Rebecca’s house before Ramadan if they don’t wed. Jovi also seems to get into trouble at a strip club.