More actors are about to enter The Twilight Zone for its second season on CBS All Access.

Executive producers Jordan Peele and Simon Kinberg reimagine the classic in an anthology that “will use introspection and the exploration of self to usher viewers into a familiar dimension” in Season 2, according to the logline. 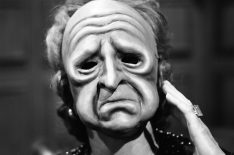 The cast and episode information that has been released so far includes:

Written by Steven Barnes and Tananarive Due

Written and Directed by Osgood Perkins Episode: “The Who of You”

Episode: “Among The Untrodden”

Episode: “Meet in the Middle”

Season 1 of the reimagining and the entire original series are streaming now on CBS All Access.