[Warning: The below contains MAJOR spoilers for Season 1, Episode 2 of 90 Day Fiancé: Self-Quarantined.]

Over 40 of our favorite 90 Day alums are back and ready to share updates on their shelter-in-place lives. From Colt’s at-home feline runway shows last week to tonight’s update on Jorge’s prison routine, let’s check out what these reality stars are up to during this pandemic. Fans of the TLC reality show phenomenon can now catch up with over 40 of their favorite cast members from past seasons.

Molly, 90 Day Fiancé: Happily Ever After?

Georgia native Molly has channeled her energy into helping others. Already a fan favorite sweetheart, the 44-year-old is using her lingerie company to produce masks for healthcare workers and those in coronavirus hot spots. “I turned my fear into focus and productivity,” she tells the camera. “We went from boobies to faces.” Molly and business partner Cynthia are also selling bras virtually to customers to keep their business afloat. Fans remember Molly’s ex Luis after the infamous Space Jam argument in 2017; Luis has since moved on and gotten married to another woman in the U.S. Together they have a child. “I have not spoken to him in years…I think there was probably an arrangement and he knew off the bat what he was going to do,” Molly says, citing that Luis already knew his current wife from the Dominican Republic. Her own love life has also sparked a new flame: she has been “talking” to someone in another state, but leaves things open-ended.

Jorge, 90 Day Fiancé: Happily Ever After?

Jorge calls in from Arizona State Prison, where he’s served a year and eight months for marijuana possession. His job as yard crew maintenance has shifted into sanitizing cells during the virus. “We worry about the whole pandemic starting to spread in prison,” he explains, likening incarceration to a long plane ride. While he and wife Anfisa are still legally married, Jorge says they broke up only two months into his sentence; Anfisa is currently dating someone else. “I’m better off alone,” he concludes. He also lost 128 pounds and says finding love again isn’t a priority for him yet.

Matt and Alla had somewhat of a tumultuous time during Season 4 of 90 Day Fiancé. Her cold demeanor was a cause for concern for his friends and family, but regardless the two still wed. Today, Alla told Matt it was unsafe for him to be near her during the quarantine so he’s staying in a RV by himself. Alla is currently 37 weeks pregnant, but Matt is hoping to get out of the mobile home as soon as possible. “Hopefully my wife lets me back in the house,” he somewhat jokes. This week tests every couple and ultimately asks if love is worth so much heartache.

His car dealership is shut down, but his repair facility is considered an essential business so it’s still open. Matt has been coming into work at four or five in the morning to finish his work in isolation to avoid contact with any of his employees. At their house, Alla is fearful of giving birth during the pandemic. “I just want to trust that everything will be good,” she says. Matt calls her to see if she has any symptoms. After two and half weeks of being separated, he asks if it’s ok for him to come home. Alla leaves fresh clothes for him to change into before entering the house, including a shirt that says “I Love Alla” on the back and a model pose of her on the front. The couple is reunited and confirms that Matt can be present in the delivery room when Alla gives birth.

A new crop of duos are testing their love on the TLC fan favorite.

The Season 7 alums have both been sick and are unsure whether it’s coronavirus or the flu. Sasha complains about the testing process, but Emily says that he’s “cranky because he’s sick.” To 90 Day fans, this seems perfectly in character for Sasha. Turns out that he did not have COVID-19, so Sasha is back working out at home while Emily takes care of their toddler son, David. “At least I still have abs,” Sasha tells the camera. It’s been three weeks since Emily and Sasha have entered self-isolation, and she has been doing her job in Human Resources from home while balancing motherhood. Emily does credit Sasha for stepping up as a parent, and she says that if she was at work, she might not have been able to see David’s first steps. However Sasha is still trying to control her eating habits, but it seems that it’s become more of a humorous joke now between them. He even ate Pop Tarts!

These spouses-to-be are sure to entertain as they work towards their big day.

One of the original 90 Day Fiancé success stories, Alan and Kirylam’s love is once again spanning across the globe. While Alan’s critical engineering work for first responders brings him to San Diego, Kirylam and their two year-old son Liam are back in Brazil to be with her family. Kirlyam traveled to Brazil for vacation before the virus hit. Today, the 27 year-old is staying with her parents and her two-year-old son Liam. Her father was in a serious motorcycle accident years prior and suffers from severe brain injuries. She’s worried about her dad, young son, and Alan contracting the virus. Back in the U.S., Alan flies to their home in North Carolina. His box of gloves was apparently stolen on the flight. At the house, he plays with son Liam’s toys before calling Kirylam again. He plans on traveling to Brazil to get them but is worried about the border being closed. “It really scares me because I don’t want to be alone, I don’t want to be far away from them,” Alan worries. “It has to work out. I’m praying and hoping.”

We all are in this uncertain time. At least knowing what 90 Day couples are up to is a welcomed relief! Until next time, and stay safe. 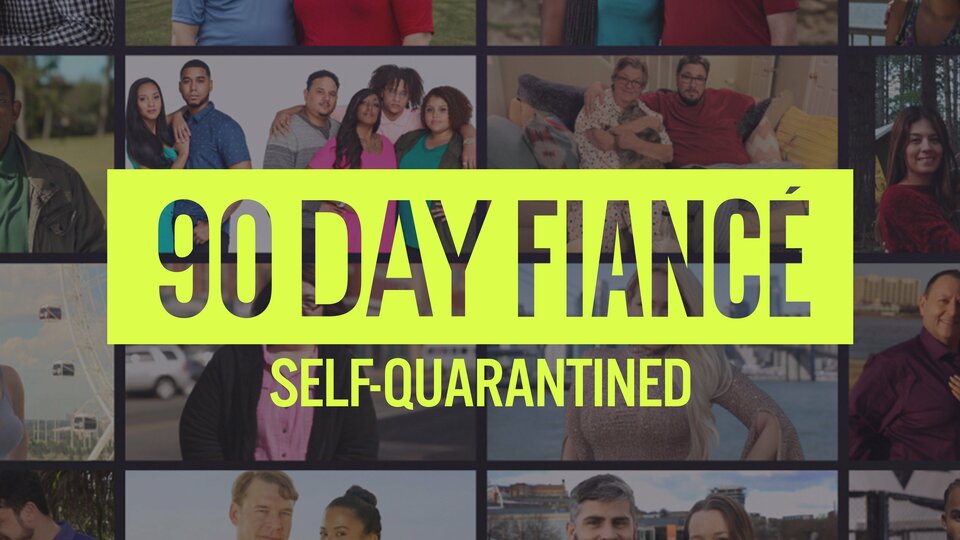 90 Day Fiancé: Self-Quarantined where to stream