Considering how many 90 Day Fiancé spinoffs exist, it’s a wonder TLC bothers with any other programming at all! The 90 Day universe has a whole other galaxy of spinoffs on the Discovery+ streaming service, which, just earlier this month, gave the green light to 90 Day Fiancé: Foody Call—the 18th entry in the franchise, by our count.

It all started with the premiere of 90 Day Fiancé in 2014. That original show, now eight seasons strong, tracks the relationships of American couples and their foreign-born significant others, who have 90 days to get hitched under the terms of their K-1 visas.

Earlier this year, Discovery+ launched with four spinoffs, and the streaming platform has since added two more 90 Day shows, not including Foody Call.

If you have trouble telling your HEAs and your B90s apart, though, we’ve got the lowdown on the whole franchise below.

Debuting in September 2016, this TLC docuseries checks in on popular couples from 90 Day seasons past to see if they’re living in marital bliss. (They’re usually not!)

If Happily Ever After is the sequel, this TLC series is the prequel. Making its debut in August 2017, this show chronicles the relationships of Americans traveling for love abroad and deciding whether to navigate the K-1 process with their significant others.

No, this TLC show doesn’t capture late-night conversations between 90 Day couples. Instead, Pillow Talk, which premiered in April 2019, and its various clones simply record 90 Day fan faves watching and reacting to episodes from across the franchise.

True to its title, this TLC docuseries flips the script and follows Americans as they get engaged to someone from another country and move abroad to live with their beloved.

After becoming fixtures of 90 Day Season 4 and Happily Ever After? Seasons 2 through 4, Chantel Everett and Pedro Jimeno got their own spinoff in July 2019 with the premiere of this docuseries.

Another TLCgo original, this web series—which debuted in December 2019—followed international couples during their first full day in the United States.

TLC didn’t let the COVID-19 pandemic bring the halt to its 90 Day franchise. Instead, the network introduced this spinoff in April 2020, showing popular 90 Day couples as they documented their lives under lockdown.

This glorified clip show, which premiered in June 2020, features cast members from Before the 90 Days responding to critiques from fans and other stars of the franchise.

Debuting in August 2020, this TLC spinoff shines a spotlight on Darcey and Stacey Silva, American twin sisters of Before the 90 Days fame, and their relationships with their Albanian and Bulgarian beaus.

This show—which started airing in October 2020—follows in the format of B90 Strikes Back! but features clapbacks from Happily Ever After? stars.

It sounds like an X-rated spinoff, but 90 Day Bares All—which debuted on Discovery+ last January—is a talk show with 90 Day stars giving an “uncensored look at untold stories” from the franchise.

Another series that launched with Discovery+ this January, this show is basically Self-Quarantined under a different title, with 90 Day stars doing their own filming. (Maybe producers worried the title Self-Quarantined would eventually sound a little too 2020?)

Another clip show, yes, but this one gets points for innovation, at least. In 90 Day Journey—which also debuted when Discovery+ launched—viewers can relive various couples’ romantic journeys via chronological clips from all the 90 Days shows.

The Other Way Strikes Back!

Yep, it’s another Strikes Back show, this one with cast members from 90 Day: The Other Way. Like the three shows above, this Discovery+ show kicked off in January.

What happens when 90 Day cast members break up? Do their stars in the 90 Day universe fade out? Not necessarily. This Discovery+ series, which started streaming in February, follows beloved cast members who are single and ready to mingle.

Think 90 Day Fiancé meets The Newlywed Game, and you’ve latched onto the idea behind this February 2021 Discovery+ series, in which 24 couples compete in a trivia quiz show about their relationships.

On May 29, 2001, Discovery+ will debut the latest spinoff, this one featuring 90 Day stars from abroad cooking up dishes from their home countries—while dishing on their relationships, of course.

90 Day Diaries where to stream

90 Day Fiancé: Self-Quarantined where to stream 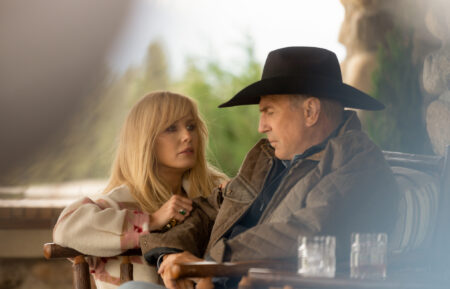