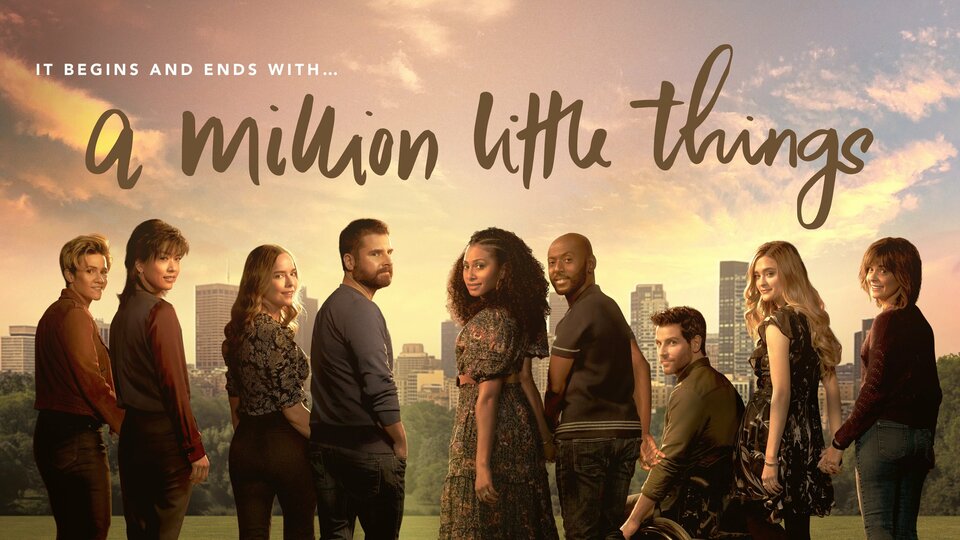 [Warning: The below contains MAJOR spoilers for Season 2, Episode 16 of A Million Little Things, “Change of Plans.”]

Another episode of A Million Little Things, another hour of Katherine (Grace Park) being awesome, Eddie (David Giuntoli) continuing to show real growth, and trouble coming to the Saville household. But we do get to meet Eddie’s sister Lindsay (Sprague Grayden), who opens the door for quite a few questions about their family’s past.

Though Lindsay says she’s sober, Gary (James Roday) points out that they shouldn’t take an alcoholic at her word. (The last time he saw her was at Eddie and Katherine’s wedding, drunk.) Eddie may be optimistic, but that’s why he and Katherine have come up with a plan: she’ll take Theo (Tristan Byon) to play laser tag while Eddie confirms his sister’s sobriety. If she’s drunk, he’ll have her leave and Theo will never know she was there. But when Katherine has to go into the office, Gary takes Theo out for the afternoon — and meets Darcy (Floriana Lima), the mother of one of the kid’s friends.

At first, everything’s great when Lindsay shows up. She’s sober, and she and Eddie even joke about their past drinking. (And when she comments about her friends being married with families, he quips, “It’s not too late. You can have an affair and get someone pregnant, too.”) She even gets why Theo’s not around yet. But the mood quickly turns sour when he finds cocaine under the couch and assumes it’s hers — and refuses to believe her when she insists she’s sober.

“You’re kicking me out?” Lindsay asks. “After everything I’ve done for you?” Yes, he is. But he should have believed her, because Dakota stops by soon after, ostensibly looking for her capo. He soon realizes the cocaine’s hers, and she admits it but doesn’t think she has a problem. (She even pulls the “okay, dad” card. Theo acts more mature than she does most of the time.) She refuses to give it up, especially while they’re working on the album, so she leaves it up to him if they’re going to continue to work together.

The family is going to need the money because Katherine comes home to reveal she quit. She and Carter were pulled from a previous case because the client was homophobic — and the partners let that happen. She considers trying to get her job back after Eddie fills her in on the Lindsay/Dakota/cocaine situation, but he insists they’ll be fine. He can handle working with Dakota to finish her album, but she won’t be around Theo, they’ll get Dakota help, and find Katherine the job she deserves.

And while we’re wondering if he’ll be able to do that, it’s the final scene that raises the most important questions. After reconciling off-screen, Lindsay spends the evening with her brother and his family. After Katherine heads upstairs with Theo, Lindsay brings up the past.

Since she’s been sober, she’s been doing a lot of thinking. “Do you remember the lake house?” she asks. “Did you ever wonder why we stopped going?” Eddie just assumed that “after the accident, after Alex Stewart,” their parents didn’t want to return. It’s been 20 years. He tries pressing Lindsay for more information, but Theo calls for him and she leaves. What does Lindsay know — or think she knows — that Eddie doesn’t? It looks like we might get some answers in Episode 17, as everyone reflects on how much their lives have changed in the year since Jon’s (Ron Livingston) death. “For Eddie, his dream opens up a new mystery,” the logline teases. And the photos show him on a lake, in a boat with Jon and seemingly trying to save at least one person from drowning.

Then, in Episode 18, “Eddie becomes obsessed with trying to resolve mistakes from his past.” What are we about to learn about his past? Let’s just hope it doesn’t have any effect on all the progress he’s made this season.