There are two types of people in the world. Those who say “I can” and those who say “I can’t”, and both of them are right. If you don’t think you can do something, you won’t be able to. “I can’t” is a self-fulfilling prophecy. Think about it: Is being an “I can’t” person at the heart of your failure to lose weight? That can be remedied. Be an “I can” kind of person, and you won’t hope for an A, but rather demand it, expect it—and feel empowered to do the work to make it happen.

The power of the “I can” mindset is amazing. We had a guy named Danny try out for The Biggest Loser who weighed more than anyone I’d ever seen at his age. He was eighteen years old and weighed 450 pounds. Four-fifty. He couldn’t even close his hands to make a fist, he was so fat. I usually think anyone can do anything, but I had my doubts about him. I was honest about it with him, too.

“It’s too hard to get them on,” he replied. I felt bad for him, but told him I still didn’t think he could safely master the challenges the show would put in front of him.

“Name it,” he said. “I’ll do anything to be on this show. How do you want me to prove that I can do it?” I couldn’t tell if the desperation in his voice was genuine or if he had just rehearsed the words in his room, preparing the “Sunday Sermon” I mentioned earlier.

“Okay,” I said, figuring I’d scare him off. “Go out of this room and take the first door on your right. It’s the stairs. Take them down to the bottom”—we were on the 20th floor of the Sheraton Universal—“then walk back up.”

Without hesitation, he walked out of the room, still shoeless, and nine other potential contestants all let out a sigh of relief that I didn’t pick them. Yet there was also a sparkle in their eyes as if to say, “If he can do it, I can do it, too.” Singling out one person might seem cruel, but, in fact, I’ve found that the one person who’s picked often inspires the whole room so that, suddenly, maybe for the first time in their lives, instead of feeding on food, they start feeding off each other’s positive energy.

After about 15 minutes, I started to get worried about the guy. Maybe he’d gone home. Maybe (hopefully not) he’d died halfway down. I got increasingly nervous. I went to see if I could locate him.

I finally found him on the ninth floor on his way back up, huffing and puffing, spitting and coughing all over the place. He was soaked in sweat. But he kept going, bare feet and all. When he finally made it back into the roomful of would-be contestants, he burst through the door, barely able to speak. The place erupted with applause. Standing ovation. He did it. Barefoot. But not only that; he made them all believe that they could do it, too. Everyone in the room had just had a moment they’d never forget. I know I did. That day, on the 20th floor of the Sheraton Universal, transformation happened right before my eyes. The kid went on to appear on the show and lost almost 250 pounds over two seasons. Now that’s somebody who said to himself: “I can.”

So say you only have 30 pounds to lose. Maybe only 15 pounds. How does this kid’s story relate to you? First, I hope that it inspires you. That’s what all the stories we tell on our shows are meant to do, and I hope the stories I tell you throughout this book do the same. If this 450-pound guy could drag himself up 20 flights of stairs, surely you can spend an hour on an elliptical trainer every day or give up grabbing a doughnut and vanilla latte each morning. But the bigger message is that you really are capable of doing things that seem impossible to you.

I know that you hold some habits very dear. And that things can seem complicated. You’ve been accompanying colleagues to the Mexican place around the corner from your office for eight years. You can’t just stop going; they’d think you don’t like them anymore. You’re so busy that it’s all you can do to get macaroni and cheese from a box, pizza from your regular delivery place, or take-out Chinese on the table for your family each night. How are you going to feed everyone if you give up that fat-promoting, artery-clogging menu? But look around you. Real friendships withstand changes in eating habits, and there are many quick-fix dinners that don’t involve a load of grease and calories (or money). All it takes is a belief that you can change. If you think you can, then you will find the solutions to your problems.

When people protest that they aren’t capable of doing something, I see it as a challenge to convince them that they can. And I relish it. I want to get inside their heads and help them get rid of their kryptonite.

“Tell me what you can’t live without,” I’ll ask cast members.

“I could never live without my chocolate cake.”

“Great. You just committed to me that, for one year, you’re not going to eat any chocolate cake. You over there. You say you can’t live without diet soda? Great, you are never going to drink diet soda again.”

I make it my mission to show cast members that the things they think they can’t live without actually have no power over them. I’ll put a cake on the table, open up the box, and let the smell of chocolate fill the air. As they sit down to eat all their meals, they’ll smell that chocolate wafting by. It’s called exposure therapy, and it sounds like torture, but ask anyone who’s been through it—it just speeds up the process. You sit down for every meal next to a chocolate cake and don’t stick your finger in to have even one lick of frosting, and soon you’ll be able to give up lots of things you never thought you could. Sometimes, you just need proof that you really can do something you believe you can’t. I got so tired of hearing people on The Biggest Loser say, “I can’t run, I’m not a runner,” that I decreed, “okay, every finalist on this show is going to run a full marathon.” You should have seen the panic on their faces. Every medical professional, every standards-and-practice person at the network said, “You can’t do that.”

“We can and we will,” I told them. All four of our finalists not only ran the full 26.2 miles, they set the bar for contestants to come. Think about it. These people went from not being able to run one mile to running 26.2 miles in less than six months. Again it proves that the body is no match for the power of the mind. Say that last sentence out loud. Again. Say it until you believe it! You tell your body what to do, and if it doesn’t listen, tell it again until it does. Your mind will get you over this perceived mountain, but not without the conviction it takes to fight the battle every minute of every day. Where are you fat? In your head! Your body is just the outcome!

Excerpted from THE BIG FAT TRUTH: Behind-the-Scenes Secrets to Losing Weight and Gaining the Inner Strength to Transform Your Life, A Reader’s Digest Book, copyright © 2016 by The Reader’s Digest Association, Inc. Used by permission of Trusted Media Brands, Inc., New York. Available wherever books are sold. 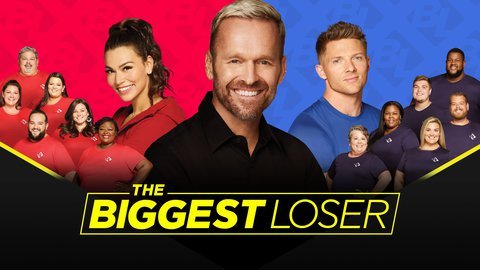 The Biggest Loser where to stream