At the end of the Roswell, New Mexico Season 1 finale, the heroic alien (Nathan Dean Parsons) died using his powers to resurrect Rosa Ortecho (Amber Midthunder), the sister of his love, Liz (Jeanine Mason), who’d been dead since 2008. Where do the Ortecho sisters and Max’s alien family, Isobel Evans-Bracken (Lily Cowles) and Michael Guerin (Michael Vlamis), go from here?

Have we really seen the last of Max?

“We’ll see him less” in Season 2, MacKenzie says coyly. There’s a lot of Max’s backstory still to explore: why the aliens landed in Roswell in 1947, what happened in the immediate aftermath (flashback time!), and why we’ve heard Max referred to as “the savior.”

Season 2 doesn't just have that major cliffhanger to address.

MacKenzie says, “We’re not going to forget about him, but we definitely open Season 2 in the place where Liz is dealing with two extremely conflicting emotions: extraordinary grief and extraordinary joy.”

Her body has been sitting in an alien pod for a decade, but she is unchanged — while the world around her has moved on.

“Her little sister is now her older sister. She is, because of this ‘miracle,’ a person who is essentially undocumented in a whole new way. She’s still a teenage drug addict,” says MacKenzie. How will Isobel move forward after learning that her husband, Noah Bracken (Karan Oberoi), wasn’t human but actually was an alien who took over people’s bodies — including her own — and committed murder?

She’ll take self-defense training to help her feel like a survivor, not a victim. “Especially now, with Max gone, she wants to be able to protect herself and the people she loves,” MacKenzie says. “So she’s going to be working on exploring new potentials.”

The CW dropped a slew of news on their day at the Television Critics Association summer press tour. See what else we found out!

Kyle drugged his cohort Alex Manes’ (Tyler Blackburn) father, Jesse Manes (Trevor St. John), the anti-alien military man behind the deaths of Kyle’s own dad as well as the ETs who had been kept in a secret facility for more than 70 years. What’s the plan for Manes now?

He won’t linger in that coma for long. “The conflict between Kyle and Manes’s basic ideology is going to be a big thing,” MacKenzie says.

With Alex’s brother Flint (Kiowa Gordon) helping their father build a bioweapon to be used against aliens (and potentially other Manes brothers involved in the conflict), “Where is Alex going to fall?” asks MacKenzie. How sticky will that Alex-Michael-Maria (Heather Hemmens) love triangle get?

Michael admitted to Isobel that he loves Alex … but then decided a relationship with bar owner Maria DeLuca would be less complicated. He’s wrong: Maria, whose psychic family history will be further explored in Season 2, will have questions about his injured hand suddenly being healed by Max.

Michael “really hates lying to people he cares about,” MacKenzie says. “And he’s going to have to jump through some hoops to avoid that.” 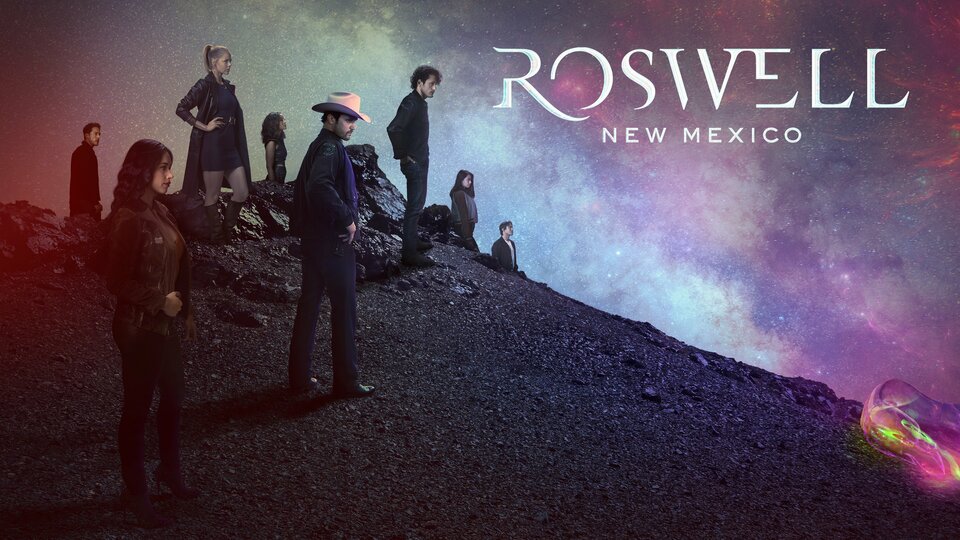