It could have been Armageddon. On April 26, 1986, a massive explosion at the Chernobyl nuclear power plant in Ukraine fatally injured workers and released a radioactive cloud.

This gripping five-part drama tells how two brilliant and determined Soviet nuclear physicists, Ulana Khomyuk and Valery Legasov (Emily Watson and Jared Harris), saved millions of lives by preventing a chain-reaction at the plant. The costars took us inside the contamination zone. HBO's 'Perry Mason' With Matthew Rhys Picked Up to Series

The Emmy-winning actor is returning to TV after 'The Americans.'

Are your characters based on real people?

Jared Harris: Yes. Valery Legasov was plucked out of his life one morning and told to sort out [one of] the worst man-made disasters of all time. The reactor core was exposed and on fire. There was no playbook on how to put it out.

Emily Watson: Ulana is a composite of scientists involved in the containment and investigation. [She has to fight] a political system in denial about the level of radiation and the imminent disaster of a secondary explosion. You both were living in the U.K. at the time of Chernobyl. What are your memories of the disaster?

Watson: It was scary, shocking. Also, there was a massive disconnect between what Soviet Union citizens were told by their government — “There is nothing to worry about” — and what Europeans were told: “Don’t take your kids outside.”

Harris: But “If it rains, do not go outside” is kind of tough if you live in England! The weathermen were tracking the [radiation] cloud. In the show, we see through the eyes of a young firefighter’s wife, Lyudmilla Ignatenko (Jessie Buckley), just how deadly exposure can be. It’s tough to watch.

Watson: Firemen and miners volunteered to help knowing they would probably be dead in a week. There’s extraordinary heroism. [For her investigation] Ulana interviews people suffering from appalling radiation syndrome. They look like lychees by the end, don’t they?

Harris: It’s pretty gut-turning. One of the things that you see from the story is that the people who pay the price are by and large all innocent. Why does the bureaucracy finally act?

Watson: The three of us press on until we get to the bottom of why the explosion happened.

Harris: The state doesn’t want the truth to come out. Halfway through, the story turns into a political thriller. 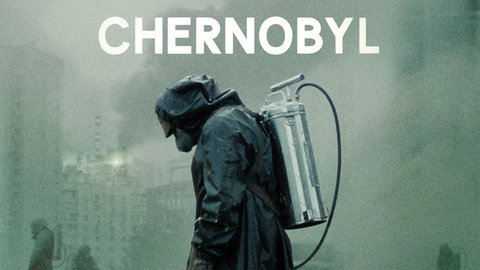