After almost a decade on MTV reality television, Kailyn Lowry has spent a good chunk of her life with cameras around. The Teen Mom 2 star, who recently turned 27, is now more than ever comfortable in who she has become. The mother of three is a best-selling author, social media influencer, podcaster and budding entrepreneur. Lowry believes she has grown and taken something from each experience good or bad.

“It’s nice, but not always pleasant, to watch myself through the years,” she said. “The decisions that I have made or how I can do things better or how I can improve as a person. Most people can’t say they can watch themselves firsthand, seeing where they went wrong and how they might be able to do better.”

The new series is slated to premiere in Spring 2019.

Now in the middle of Teen Mom 2‘s ninth season, Lowry checks in to look back at what she has been through and set the record straight on a few things.

How would you sum up this season so far? There have been a lot of milestones. You’re celebrating birthdays, your Pothead Haircare business getting off the ground, etc.

Kailyn Lowry: I don’t think I realize how much I go through until I watch it play out on Teen Mom. I had a lot on my plate this season. I think that I am stronger than I thought.

You got to reconnect with your half-sister, stepping in to help plan a baby shower. Why was now the right time to try to get together?

I wanted to see if there was more to our relationship and if there was a way for us to be closer. It kind of felt good in a way to do the big sister thing and have the baby shower for her. I don’t think it made us any closer, but it didn’t get worse. That’s for sure.

Viewers find out you have invested life savings into this hair care business. Talk about why this venture is so important to you and why you are putting so much into it?

I think women get a lot of crap for wanting to work, or people out there say stay-at-home moms love their kids more than working moms. I don’t believe that to be true. I am a single mom, so I want to show other women you can do it all and still love your kids just the same.

I want to motivate my kids, too. So, if I’m just sitting around and not doing anything, that’s what my kids are going to see. I hope by doing this, and I actually believe in my product, my kids will do the same as they get older. It also gives me something to do, something to believe in and work for other than being a mom. It looked like you were coexisting a little more with Javi. We did see an awkward moment at Lincoln’s soccer game. What was that day like, and what has been going on since then? Have things gotten any better with Lauren?

Javi and I get along. Things are great. I don’t know if that soccer game was as awkward as it played out on TV because I wasn’t actually looking in their direction or anything. I was squinting. I can’t see without my glasses. It wasn’t that deep.

I don’t have a relationship with Lauren. I think right now it just needs to stay that way while Javi and I maintain a healthy co-parenting relationship for a little bit longer. It is awkward in the beginning, especially when people are s—tting where they eat initially and trying to backtrack. Javi was never like, “This is Lauren. Lauren, this is Kail.” It was like let me s—t where I eat and let me get them to be friends.

You feel it more of forcing the situation?

It was never organic. It was always in front of cameras. I was probably bitter at the time and didn’t want to deal with it. Right now, Javi and I are on a good page and good terms. I just want to let that ride out for a little while before we add Lauren into my picture.

Moving to another dad in Jo. You were caught off guard with his request for child support. What can you tell us about that situation?

I was shocked. I didn’t expect that to happen. I think it set us back a little bit because Jo and I have been on the same page for a long time. For that to happen, I felt like it was slightly out of left field. It was hard for me not to be resentful. I felt the tension. I didn’t feel like it was great.

What’s your relationship like with Chris at the moment? What do you think the future holds for the two of you?

I don’t know what the future holds for us, but we are not on good terms now. This is part of the cycle we go through all the time. Hopefully, we can figure it out whether that’s together or not. We need to try to figure out a better co-parenting relationship. Right now, we don’t even speak. It has been going on two months since we have had a real conversation.

The last episode delved into what happened when Jenelle set fire to hair care products you sent. Has there been any contact between the two of you since the airing? The network broke the news during the 2018 VMAs.

You’ve posted photos in the past to promote body positivity and in the name of women empowerment. How do you view social media? What your stance on it as the kids get older?

My kids thankfully don’t know about social media. I’m thankful for that. They’ve been on Snapchat with the filters, but I don’t think they grasp what it is and how people can interact on there. I’m not going to give them any ideas. I’m going to just have those conversations when they get here.

There are people who love and support the things I do. Then there are people who are mom-shamers, who hate everything I do. That comes with the territory of being on TV. I kind of have to let it roll with the punches. I kind of have to let it roll out of one ear and out of the other. Sometimes it gets the best of us and gets to be too much. I just took comments off the last picture I posted. It can be a little overwhelming at times. Watch out Chip and Joanna!

There is the potential of a milestone Season 10 of the show. What are your thoughts of continuing?

There are things they’ve missed filming, huge things that were important in my life this year…Just in the last three months. So, if they were willing to make those changes and show those things, I would love to continue. If not, it was a great run. It has been a crazy 10 years. I have a love-hate relationship with the whole thing. 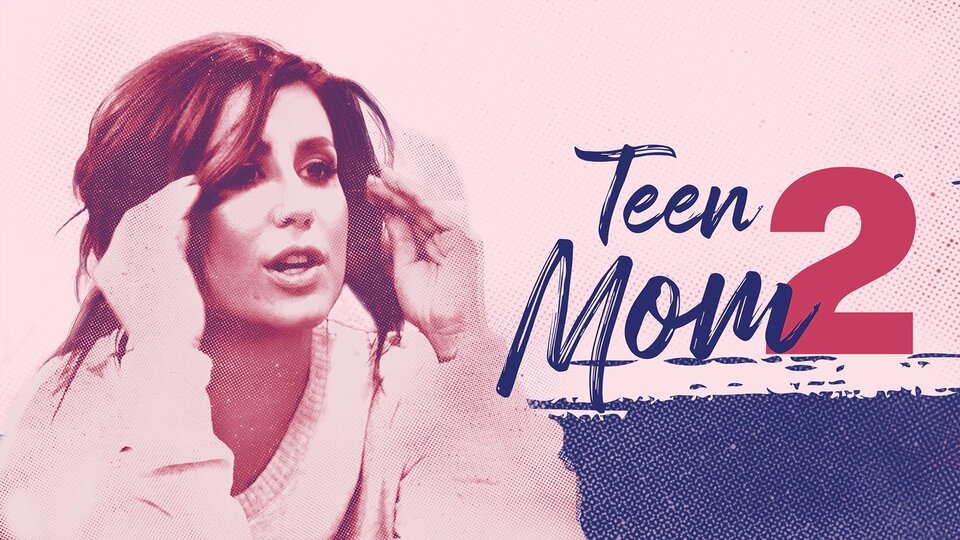 Teen Mom 2 where to stream