‘Who Killed the Fonz?’ Introduces a Shocking ‘Happy Days’ Mystery

Wonder what ever happened to cooler-than-cool Arthur “The Fonz” Fonzarelli from the 1950s-era sitcom Happy Days?

We’d like to think the unforgettable Henry Winkler character still strikes up the jukebox at Arnold’s Drive-In with a rap of his fist — but according to Who Killed the Fonz? (Simon & Schuster), a new novel by James Boice, those days are over.

And was the speech he gave on air really written over four decades ago?

It’s 1984, and Richard Cunningham (Ron Howard in the series), a moderately successful Hollywood screenwriter, returns home to Milwaukee “the day he learned his best friend from childhood was dead,” Boice writes.

But then he finds out that Fonzie’s fatal accident — his motorcycle crashed into a bridge guardrail — may have been murder. And where is the body? While searching for answers with help from pals Potsie Weber and Ralph Malph (Anson Williams and Don Most), Richie revisits landmarks from his youth (like make-out hub Inspiration Point) and recalls familiar TV moments (Fonzie’s first Christmas Eve with then Cunninghams), deepening not just his relationship with the leather-jacketed ladies’ man but also our own. 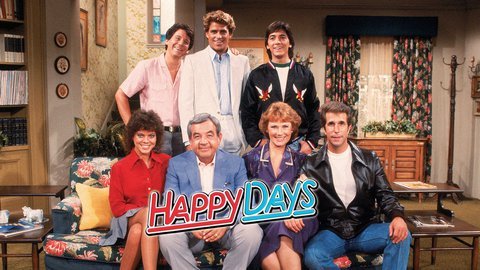