‘The Fix’: Marcia Clark on How the O.J. Simpson Trial Influences the Legal Drama (VIDEO)

Truth may be stranger than fiction. But what does that mean for ABC’s upcoming legal drama, The Fix, when famous prosecutor Marcia Clark is involved?

In short, it means you’re in for one hell of a ride. In the new series, premiering March 18 on ABC, we meet attorney Maya Travis (The Mentalist‘s Robin Tunney), who suffered a devastating defeat involving an A-list movie star and retreated to a simpler life away from Los Angeles.

'The Fix': Marcia Clark Tells Us What to Expect From Her Series Starring Robin Tunney

We asked Clark herself if the show is really based on her life as a prosecutor.

Fast forward eight years and the same movie star (played by Lost alum Adewale Akinnouye-Agbaje) is under suspicion for another murder. What the what?

Clark, who is an executive producer on the series, sat down with TV Insider recently to talk her own experiences with high-profile cases (like the O.J. Simpson trial), how both the defense and prosecution use the media, and if there’s anyone to trust in the cast of characters of The Fix.

Let’s see what she has to say:

Here’s the official trailer for The Fix: 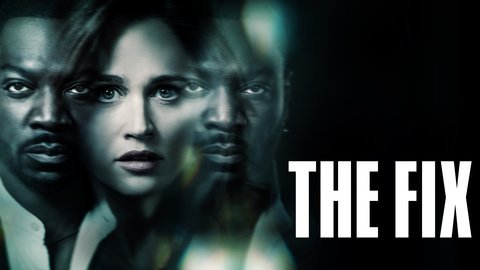