The Best Three ‘Romanoffs’ Episodes You Can Stream Now

Those are just a few of the ingredients in The Romanoffs, executive producer Matthew Weiner’s anthology series, his first show since Mad Men ended in 2015. The eight episodes, all directed by Weiner, feature different casts, stories and international locales. And her thoughts on sharing the screen with Corey Stoll and Noah Wyle.

“You can watch them in any order,” Weiner says of the stand-alone tales. The only common thread? Someone in each installment is, or believes they are, a descendent of the Russian Imperial Romanovs, who were massacred in 1918.

Critics didn’t embrace the high-concept series nearly as much as they did Mad Men. (TV Guide Magazine’s Matt Roush called it “well acted… though something of a grand but ineffectual folly.”) Thankfully, there are a few gems in the mix. Now that the full series is available, we selected the best three.

In Austria, emotionally fragile actress Olivia Rogers (Mad Men alum Christina Hendricks) butts heads with a temperamental director (Isabelle Huppert) during the filming of a miniseries about — yep, you guessed it — the Romanovs. Olivia’s on-set fling with a costar complicates matters, and the line between reality and make-believe eventually becomes very thin, leading to a jaw-dropping conclusion. “I certainly didn’t see it coming!” Hendricks admits.

Surprising twists and turns are the norm on the series, and this story of an unhappy marriage is a rollicking roller-coaster. It begins with Ohio couple Michael and Shelley (Corey Stoll and Kerry Bishé) in a tense therapy session and moves on to show each of them embarking on separate journeys, where they both face temptation: He falls for a gorgeous fellow trial juror (Janet Montgomery), while she’s intrigued by a handsome stranger (Noah Wyle) she encounters on a cruise. The shocking — and oddly funny — climax changes everything for the pair. Russian lit professor Katherine Ford (Diane Lane) finds out her kids’ beloved piano teacher (Andrew Rannells) is being investigated for “inappropriate behavior” (no specifics given). Not wanting to believe the vague charge, the Pasadena, California, mom digs for the truth by uncomfortably interrogating her own children and unearths some surprises. 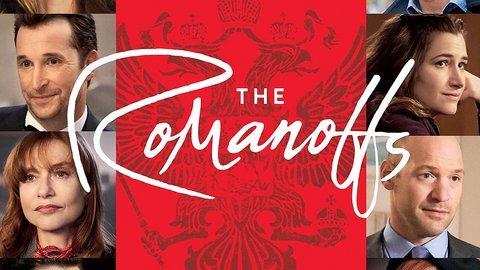