The X-Files (8/7c, Fox): There are plenty of reasons for X-Files fans to flock to this episode, one week before the season finale returns to the more treacherous overarching mythology involving son William. Playing on a favorite theme of Scully’s (Gillian Anderson) religious faith and Mulder’s (David Duchovny) reason-based resistance, the show introduces the sort of ghoulish, creepily campy cult that’s another X-Files specialty. This weird sunshine-averse group is led by 1960s sitcom diva Barbara Beaumont (the very amusing and wonderfully named Fiona Vroom), who has discovered a uniquely bizarre method of preserving youth involving the harvesting and theft of organs. While Scully and Mulder investigate, a devout avenger (Carlena Britch) is on the cult’s trail, seeking to free her sister. Stay tuned for the tender final scene, in which our heroes reassess the choices and sacrifices they’ve made during their long journey together.

The stars and executive producers reveal what's in store for the Fox drama.

Law & Order: Special Victims Unit (9/8c, NBC): In one of those odd coincidences peculiar to TV programming, SVU also deals with illegal organ harvesting, when the tragedy of a girl’s death gets on SVU’s radar after a surgeon takes the victim’s organs without parental consent. Guest stars include Rescue Me’s Callie Thorne and The West Wing’s Janel Moloney.

Alex Cabot Is Back! Stephanie March to Guest Star on 'Law & Order: SVU'

The series' former ADA is making her comeback in Season 19.

American Crime Story: The Assassination of Gianni Versace (10/9c, FX): The penultimate episode of the gripping psychological crime drama offers insights into the formative years of future designer Versace, nurtured in a homophobic Italian culture by a mother who advises, “Success only comes with hard work—and it’s never easy.” This is contrasted with the coddled, spoiled upbringing of Versace’s future murderer, Andrew Cunanan, whose conman dad coddles the boy to believe he’s special until the family’s delusional house of cards collapses. By then it’s too late. Living a lie comes way too naturally to Andrew (Darren Criss). When his BFF Lizzie (Annaleigh Ashford) confesses, “I’m an imposter,” Andrew responds, “All the best people are.” Also the worst.

The 'Glee' alum has Ryan Murphy to thank for his role as Andrew Cunanan.

The Looming Tower (streaming on Hulu): Another strong episode of the pre-9/11 docudrama takes place in the shadow of Y2K anxiety at the turn of the millennium. Fears run high about terrorism attacks as well as a technology meltdown, and while neither come to pass on that historic New Year’s Eve, frustration mounts when the CIA fails to share with the FBI what they know about high-risk targets entering the country. Even after the FBI engineers a raid on a Brooklyn cell of conspirators, counter-terrorism boss John O’Neill (Jeff Daniels) isn’t celebrating: “We have no idea what we’re up against,” he says. And we know he’s right.

'The Looming Tower': Tahar Rahim, Peter Sarsgaard and Wrenn Schmidt on Their Characters and Patriotism

The actors reveal what drew them to their respective roles.

Inside Wednesday TV: In back-to-back episodes of ABC’s Shameless (8/7c), Maya (Minnie Driver) goes on jury duty while JJ (Micah Fowler) lies on his online dating profile, and later, JJ attempts to direct a horror movie. … Archie (KJ Apa) isn’t exactly thrilled that his dad, Fred (Luke Perry), is thinking of running for mayor of The CW’s Riverdale (8/7c), because he sees it as being just another pawn of the Lodges. … Travel Channel’s Expedition Unknown (9/8c) explores one of America’s first and most haunting mysteries, as Josh Gates teams with archeologists to investigate “The Lost Colony of Roanoke.” 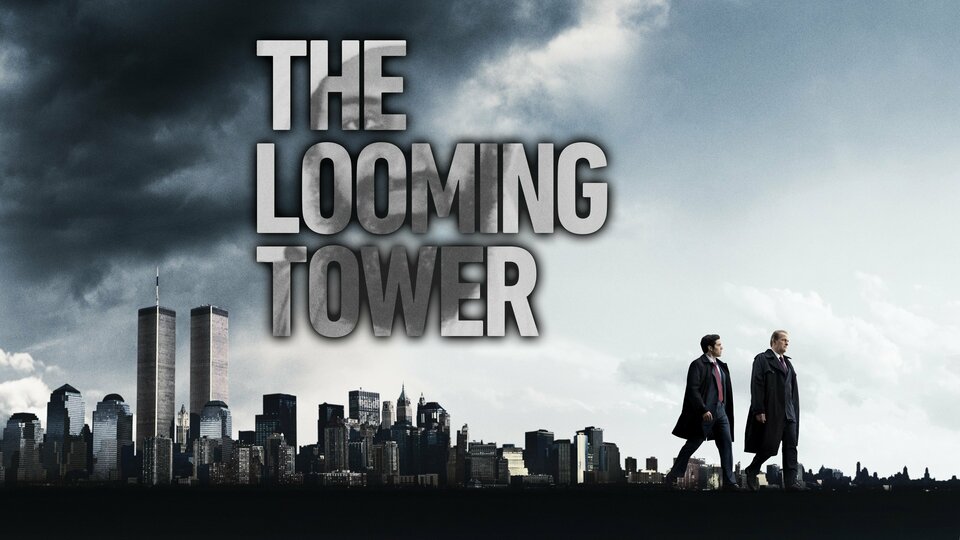