[Warning: The following contains MAJOR spoilers for The Mole finale.]

The mystery is over. After weeks of adventure, The Mole revealed its saboteur in the Season 1 finale, which dropped on October 21 on Netflix. Hosted by Alex Wagner, contestants Will Richardson, Kesi Neblett, and Joi Schweitzer made it to The Mole finale, but only one could be declared the winner.

The shocker of the season came when Kesi was revealed as the mole. Joi locked Will in as her choice, but only Will chose right when locking in Kesi. Here, The Mole winner, the mole, and the runner-up break down their strategies and the biggest shocks of the season. 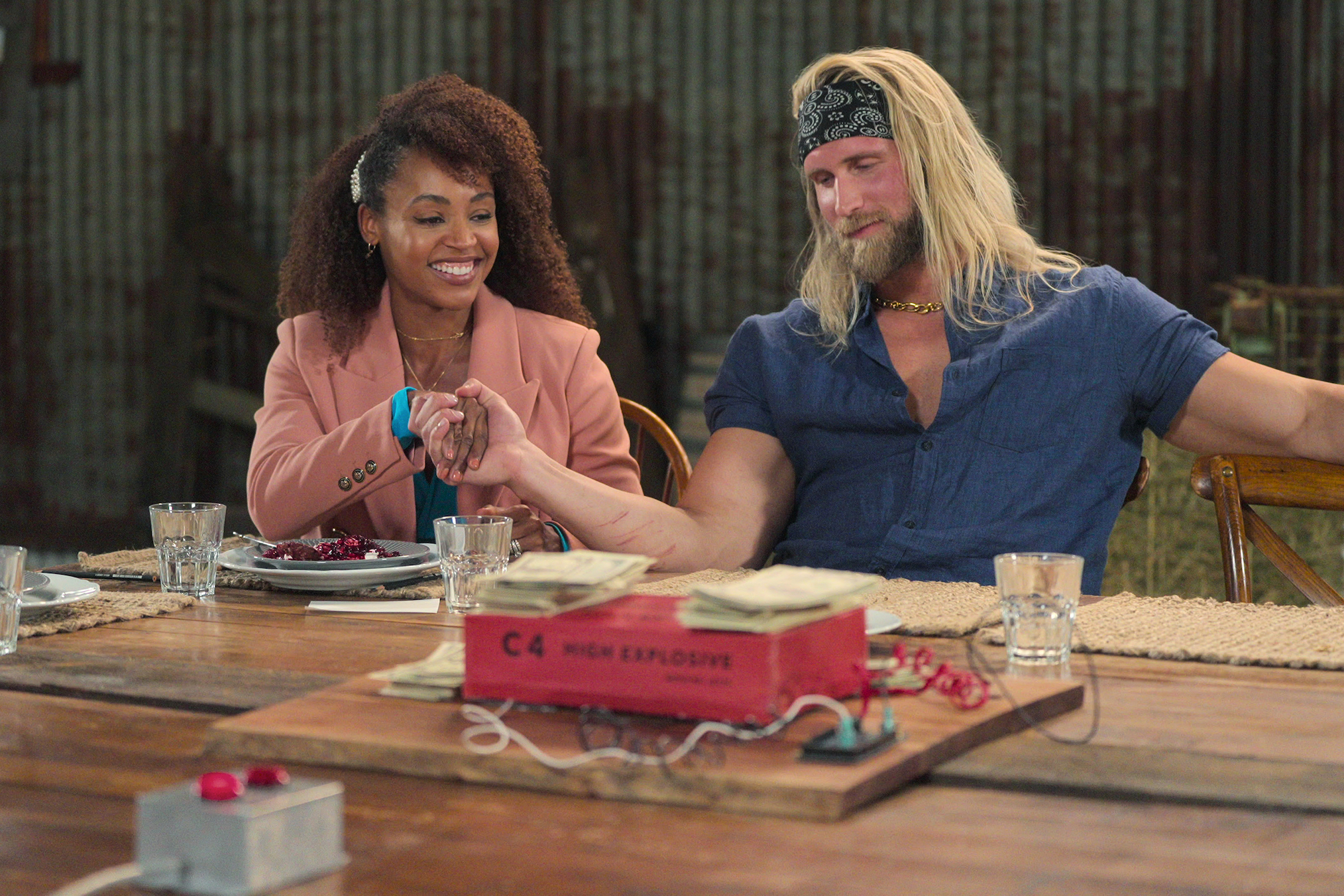 Will, first of all, congratulations on your win. Can you walk us through your logic behind picking Kesi? What was the aha moment for you?

Will Richardson: My aha moment was witnessed by everybody, but I don’t know if they knew. The Casey [Lary] elimination, I went 50/50 between her and Kesi. They both got 50% of my answers. And watching one of those answers get eliminated, I was like, “the only reason I’m still here is cause 50% of the other ones were right.” So at that point, I started going all in, and I was like, “I believe I know who this is fully now.”

Did you have any moments of doubt about your decision in those final moments before the spotlight came down?

Will: All the way up until the very last mission, I was never positive. There was always points of doubt somewhere, but I had made the decision that I was like, I’m not changing my choice.” But even on the last mission, things would happen, and I would just start to doubt. I’m like, “OK, am I wrong? Is it possible that I’ve just been getting one less wrong than everybody getting eliminated?” On this show, you are never positive until that spotlight goes off at the very end.

Kesi, can you break down your strategy for us? How did you keep being the mole secret?

Kesi Neblett: I knew that in the beginning, I wanted to let my natural genius come out and connect with the players so that we could build trust. I also knew that I wanted to keep a pace of getting to know the players and slowly sabotaging because polarizing too soon, it’s really difficult to change someone’s mind after you have a really bad first impression. At the end, you see it. I gradually become more and more reckless because, at that point, we had already built this rapport of testing how crazy can I be. And then, by the end, it was pretty wild. Kesi, did you ever think that Joi suspected you? Because, like you said, you had that connection there. Joi, you said yourself that you really did trust her.

Joi Schweitzer: I trusted Kesi. It wasn’t until the end where my gut was telling me it’s Kesi, but I thought Sandy [Ronquillo] went home on a Kesi vote, but I got my weeks mixed up. And so I’m like, “it can’t be Kesi. I think she’s trying to make it really obvious that she’s the mole. Could it be so obvious?” And so, actually, the quiz before the last one, I split the votes, but my final quiz, I went in on Will because I just didn’t think it was Kesi. I didn’t think the mole would be so obvious, but my gut was telling me it was Kesi. I wish I would’ve listened to my gut. Kesi: I could feel there were moments when Joi would look at me, or ask me certain questions, and I would didn’t know if this was going to be the day that she would actually go in on me. But for me, I just had to keep taking risks, and I could feel that people weren’t ready to commit to me as the mole, and the risk just got greater and greater.

Joi, there were some moments where people really thought you were the mole. How did that feel knowing you weren’t, but seeing some people be so gung-ho “it’s Joi?”

Joi: It was all strategy and gameplay, for sure. I threw the first mission and the $25,000 bid. I wanted to cause chaos. I wanted to confuse some people. I think I did confuse a few people on that quiz, and I started to advance my game. I didn’t want to switch. I wanted to win money for the team, but I also wanted to draw suspicion on myself, so at the end, I had to really work hard to fill the pot up. Other than the final reveal, what were the biggest shocks of the season for each of you?

Will: The first one came with the possibility to bring a player back. With Dom [Gabriel], I don’t think anybody was ready for that or expected it. And then, you know, how hard it was making that decision after the fact because at the end of the day, you want to bring somebody like Dom back. You want the money, but then you realize the whole point of this game is being the last one standing. So that was the really big shock. And then I think the second one that hit me really hard was when who I thought was gonna be my strongest competition in players, Pranav [Patel], went home fairly early. I thought we had a very similar thought process. We would exchange thoughts quite often, and I thought we had a pretty similar idea of what we were doing on our quizzes. When he went home, I was like, “Oh my Lord. Was I one less wrong than him?”

Kesi: The biggest shocks for me were not knowing who would go home. Especially in the beginning, I had no idea whose phone was about to turn red. And every single time, I was just mind-blown. I think the other part is when people would confide in me about who they were suspecting. That was pretty mind-blowing because they didn’t know who I was. It was almost like having the answers to the test and knowing that the other person is just not correct.

Joi: When my alliance partner, Jacob [Hacker], went home. We were actually working together. We were best friends on the show, and when he went home, I didn’t know what to think. I thought he had a change of heart on the quiz, which sent him home. It left me curious about that. Kesi, was it ever hard to keep a straight face during those moments when people were sharing their mole theories with you?

Kesi: All the time, honestly. I read this Reddit thread, and it talks about all the faces that I’m making during the show, like when Joi had the $25,000 bid, my hands are in my face, and it was because I wanted to laugh!

Joi: How incredible is that? She wins the award for the Best Player Mole.

Will, from start to finish, do you feel you got to play the game strategy you went into the season wanting to play? Or was it a lot more thinking on your toes than you expected?

Will: I think they were kind of similar in that aspect. I went in with the attitude of you have to be able to adjust on your feet, and I really kept the same game strategy all the way from beginning to end. While thought processes would switch, and votes would switch, and ideas would switch, my whole thought process was always try and be my genuine self. Be the competitive person I am while also trying to be as sneaky as possible and throw people off. I am very thankful that I can say from beginning to end I was able to keep the general guideline for exactly what I wanted to do coming into it.