Who Is Sauron? ‘LOTR: The Rings of Power’ Cast Reacts to Fan Theories (VIDEO)

It’s a testament to the entertainment quality of The Lord of the Rings: The Rings of Power that everyone is chomping at the bit to find out who Sauron is. As Prime Video has been teasing, “Evil reveals itself” in the The Rings of Power finale on October 14, but we just couldn’t wait to talk about the Dark Lord at New York Comic Con 2022.

The Rings of Power cast joined in, reading tweets about Sauron when they popped by TV Insider and TV Guide Magazine’s NYCC suite. We compiled some of the funniest tweets about Sauron we could find to get the cast’s reactions. And these actors are doing their jobs well — all laughs here, no spoilers (no matter how hard we tried to get them)! Who’s your best bet for the Big Bad? Our money is on Halbrand (Charlie Vickers), but there is internet chatter theorizing that Sauron could be The Stranger, Celebrimbor, or even High King Gil-galad (one theory argues it’s Bronwyn, but come on). Here are the general arguments:

Halbrand: Galadriel’s battle companion had suspicious behavior in Númenor and has a mysteriously unknown past that somehow connects him to Orc leader Adar. Fans theorize Adar didn’t recognize Halbrand (if he is Sauron) after the Battle for the Southlands in Episode 6 because he’s using magic to change his appearance.

The Stranger: According to some fans, Meteor Man’s fiery crash site resembled Sauron’s eye from the movies, plus he has powerful magic that seems dark at times, and he’s being tracked by the insidious group of mystics. Do they believe he’s the Dark Lord?

Celebrimbor: Prime Video may not have had the rights to Sauron’s alias, Annatar, who convinces Celebrimbor to make the rings of power in the books. Perhaps they found a way to combine the two characters? Sauron is a master of disguise and manipulation, after all.

High King Gil-galad: Some fans are starting to suspect some foul play with Gil-galad’s desire for mithril. Could he be the de facto Annatar, convincing Celebrimbor to create a power strong enough to save the Elves, or perhaps control them?

Give your best guess in the poll, below, and check out our Rings of Power finale recap on October 14 to see if you were right! 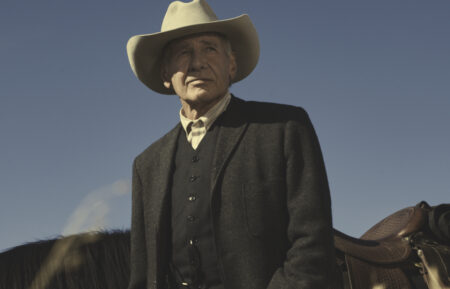