In a world of single-cam comedies, Regina Y. Hicks says be a multi-cam. The Upshaws Season 2 premieres Wednesday, June 29 on Netflix. Ahead of its release, the creator chatted with TV Insider about what’s to come for Regina (Kim Fields) and Bennie Upshaw (Mike Epps) and their family, plus what it’s like to make a multi-cam sitcom in 2022 compared to her past shows like Insecure, Girlfriends, and Sister, Sister.

In The Upshaws, Bennie is the charming, well-intentioned head of a Black working class family in Indianapolis. The mechanic and “lifelong mess” is trying his best to step up and care for his family all without a blueprint for success. The family’s comprised of Bennie, wife Regina, their two young daughters, Aaliyah and Maya (Khali Spraggins and Journey Christine), firstborn son Bernard (Jermelle Simon), teenage son Kelvin (Diamond Lyons) — who Bennie fathered with another woman (Gabrielle Dennis) — and sardonic sister-in-law Lucretia Turner (Wanda Sykes). But the family is determined to make it work, and make it to the next level, together.

Lucretia gives Bennie a tough time in the first look.

In Season 2 Part 1, the family continues to ride life’s ups and downs together, including new loves, old flames, big dreams, big changes, and all the love and drama that comes with a big family. And it will all pick up where the Season 1 cliffhanger left off, which found another child claiming to be an Upshaw strolling up to Bennie and Regina’s front door.

“All the stuff we established in Season 1, we expanded on in Season 2. We had 16 episodes (there’s a Part A, Part B) to do that, so we had fun,” Hicks says of the new installment. “Once you establish the groundwork, Season 2 was so easy to write.”

Here, she breaks down what to expect.

What’s coming up this season for the Upshaw family?

Regina Y. Hicks: A lot of good, solid, funny family moments. In the first season, we saw Regina and Bennie struggle with Bennie trying to be the best version of himself. He stumbles and falls constantly on that. This season, we see him be more of a stand-up guy, but of course, circumstance and other people always influence the best of intentions. We’ll see things, sometimes out of his control, test him constantly in a different way. We’ll see him still trying to keep it together and being the guy his wife wants him to be. We have some pretty funny setups and scenarios to get in his way in that journey.

What’s the theme of the season? 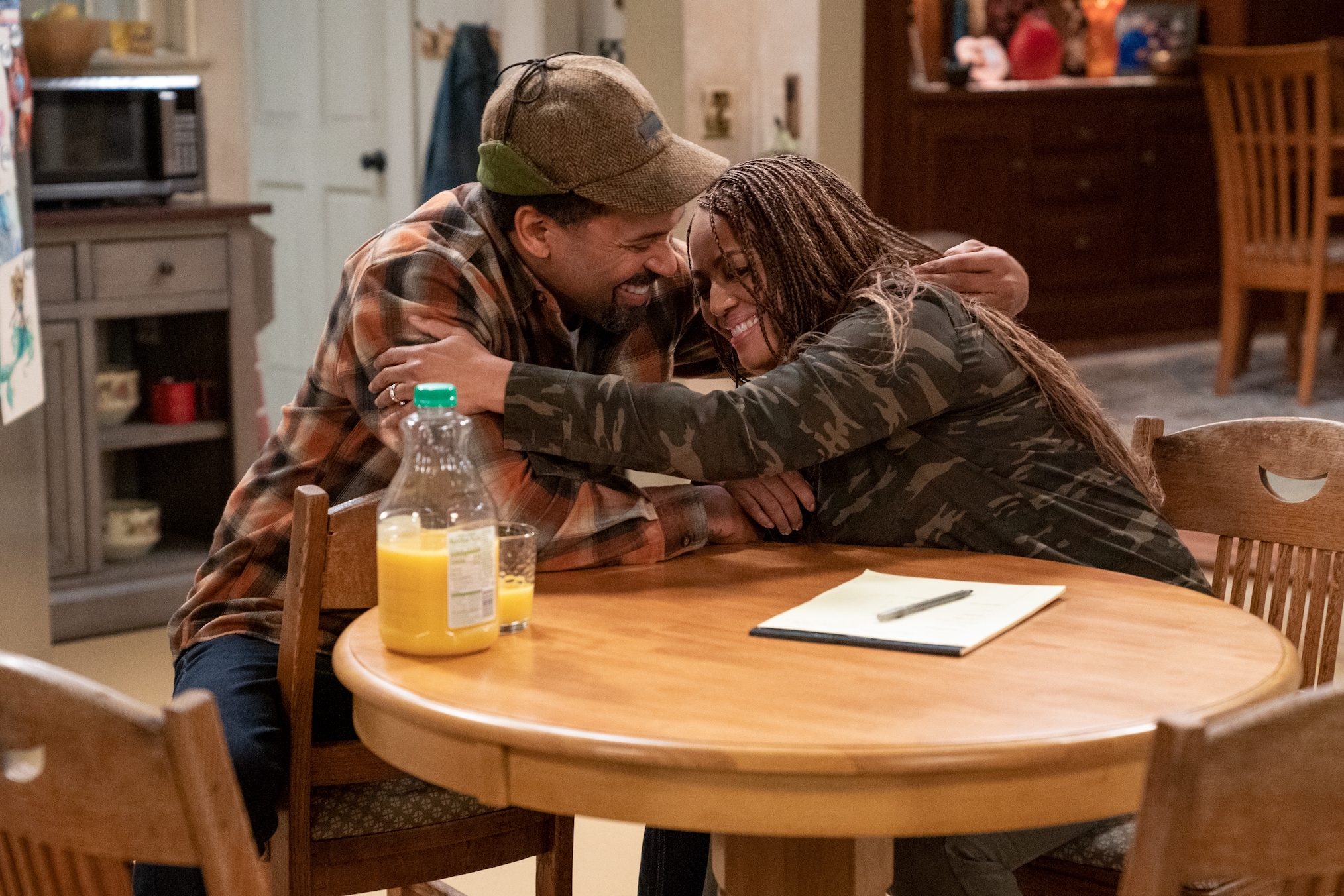 Are you doing anything this season you had to scrap last season?

We told the full story we wanted to tell last year. What we’re doing this year is taking a lot of moments from last year and continuing them on. Regina going back to school, the relationship between Regina and Bennie. Bernard has come out in our first season and is wanting to explore that world a little bit more/who he is. There are more people from that world for him.

We teased how Aaliyah feels about popularity in school, so we really took that and ran with it this season. We love how Lucretia’s always there for the family, so we took that and made that a lot for her this season, like what that looks like when you’re constantly there for your family.

The Upshaws is a classic sitcom format similar to ’90s and early 2000s shows. What’s it like working on The Upshaws in comparison to Girlfriends or Sister, Sister?

It’s the same structure-wise — they’re all multi-cams. Where The Upshaws veers off is because it is set firmly in 2022. And because it’s Netflix, we get to truly, truly be a snapshot where you didn’t get to be on network television. This is truly a snapshot of, if you were walking past a house in Indiana today and you opened the door, we would like to think it would be like this family.

With the situations, the language, with how family members deal with each other, we get to touch on that real realm that we were kind of doing with Girlfriends and Sister, Sister, but it’s tempered with a bit of network, whereas this is not. We get to really sit on the sofa with that family in a way we couldn’t back in the day.

Why did you want to return to the sitcom format with The Upshaws?

It’s so funny, because single-cam comedy was being associated with highbrow, but multi-cam is very difficult to write. It’s hard to find people who do it well. If it’s not done well, people can sour on it. It’s really dialogue-dependent sometimes, and if you don’t have really good, strong comedy writers, it suffers, because then you’re depending on laughs. If somebody doesn’t find it funny, you have to put the laughs in, and it’s kind of subjective in that way. Somebody watching is like, “I hear the laughs, but I don’t think it’s funny.” I think it suffers in that way, so I think it’s a hard genre to do, and I just think we do it well. I’m such a fan of multi-cam done well, and the ones that have done well, they thrive. I think it’s the most difficult of all of it.

Being such an old format, it’s hard to make yourself unique.

Yeah. We kept saying, “We’re not trying to reinvent the comedy wheel, it’s there. But just park it firmly where we live today.” There was a time when I was feeling down a couple nights ago. I turned on a Frasier [episode], and I was laughing out loud. I feel like multi-cams make you laugh out loud where other things just don’t. That’s the kind of television I want to write. It’s the kind of television I grew up with. Well, right now, the lack of audience. [Laughs] There’s not as many [shows]. It’s so funny, because they’re hard to do in a certain way, but so easy to do in another way, and I’m surprised there’s not more of them. Even finding good multi-cam directors or people who write really funny — not just scenes that are funny but really funny words. Making it was not that much different.

What about multi-cams makes them easier to make, as you said?

It’s easier to have a dedicated soundstage with sets that you use from week to week and keep people in that proscenium. When you do single camera, it’s more time consuming. The [multi-cam] week is very easy. I don’t know why every actor in the world wouldn’t want that schedule — it’s the best schedule in television. You’re home so early, for an actor. You can shoot the whole show in one to two days. There’s nothing that exists like that. I worked on Insecure, and that’s a six- to seven-day show.

I just think there’s nothing like an audience. Talk to any actor or writer/producer who’s done multi-cam, there’s nothing like what we call “show night.” You can’t recreate it. It is a magical night. COVID tried to draw the curtain on it, but some shows are coming back, because you just can’t step away.

If you’ve worked in multi-cam, if you’ve stood and listened to that audience with that instant feedback and how it just puts energy on a set and into actors, there’s just nothing like it. It is magical. There’s nothing like standing on that stage on show night, and I refuse, refuse to give that up.