‘Snowpiercer’: Jennifer Connelly on Melanie’s Fate & Why Wilford Is a ‘Liability’

[Warning: The below contains MAJOR spoilers for Snowpiercer Season 3 Episode 9, “A Beacon for Us All.”]

Jennifer Connelly’s Melanie Cavill has been assumed dead in Snowpiercer Season 3. After being betrayed by Wilford (Sean Bean) in Season 2, Mel was left to fend for herself in the frozen tundra remnants of Earth. Despite the odds, Layton (Daveed Diggs), her daughter, Alex (Rowan Blanchard), Ruth (Alison Wright), Ben (Iddo Goldberg), Bess (Mickey Sumner), and many Snowpiercer passengers held on to hope that she survived.

Layton and his team searched for Mel on a disconnected section of Snowpiercer while Wilford retained control of Big Alice. But months went by, and Mel remained missing. Outside of appearing as a figment of Alex’s imagination, we haven’t seen Connelly. However, that all changed: Episode 8 offered hope for her survival, and she made her big return in the penultimate episode of the season. She survived for six months in a solo train car, sending herself in and out of consciousness to get by.

Here, Connelly speaks about those long six months, Mel’s reunion with her family and Snowpiercer, and why she also dished out that major plot twist to set up the March 28 finale.

Fans were hoping you’d be back in the Season 3 premiere, but they had to wait much longer to see the real Melanie again. What was the energy like when you came back to set to film your return?

Jennifer Connelly: It was great. I had been back to film an earlier episode, but in that episode she was sort of summoned by Alex. She was in her imagination, walking beside Alex to help her confront that part of her past. So it was really fun to come back in Episode 9 and be on set with all those people again. It’s a great group. The cast is fantastic. They’re so talented, and everyone gets along so well and are so supportive of one another. And the crew is amazing.

So just on a personal level it was really great to be back, and I really enjoyed those scenes. I really loved the storyline of her survival, going in and seeing her in that pod and what she got up to and how she made that work. And I loved the chance to then have her re-boarding the train and getting to see all those people again that she thought she might never see.

Snowpiercer is always life or death, but the stakes have been especially life or death for Melanie for six months. She’s had to cling on to hope like never before. In your mind, what did Melanie tell herself all those months to keep herself alive and believing she would make it?

She says herself, “I’m incredibly stubborn.” I think she’s an incredibly willful person. I think she’s someone who’s able to compartmentalize and separate what she needs to do from sentimentality and emotion. Not that she’s cold and doesn’t feel emotion, but that she’s able to separate it from what she needs to do. She won’t sink into it. And I think she’s someone who’s very much one foot in front of the other, this is the next thing that I need to do. I think that she would have established a routine of her checks that she has to make, everything that she has to do, her exercises, her log, things that will keep her focused on small increments of time moving forward. She knows her team back on the train and knows that they’ll be looking for her. And she thinks of the ones that she loves and trusts that they’ll be looking for her.

Plus, TNT sets a premiere date for the sci-fi thriller that stars Daveed Diggs, Jennifer Connelly, and Sean Bean.

It’s such a touching reunion between Melanie and Alex, and then with Ben. Melanie and Alex even get some sweet and normal mother/daughter moments in the episode. What’s your hope for them moving forward?

I love that they found each other and they’re reunited. I think it’s really moving, because Melanie felt like, when she first saw Alex back in Season 2, there was so much guilt and shame and loss and so much to work through. Of course, she wanted that relationship so much, but didn’t feel that she had earned it. She had been away all of those years. I like the way it was written that she knew she couldn’t assume a relationship that was just sort of theoretical. In terms of presence together, she hadn’t earned that relationship yet. She had to wait for it and be patient.

I think that the payoff of it when Alex starts moving towards her emotionally and expresses her love and even just asking her opinion on clothing is so beautiful and it means so much to Melanie because it’s everything she that wanted, but didn’t want to ask for because she didn’t know if she had the right to. So when it comes her way, it means the world to her. I want to see them together! I want to see them have more of those experiences together. I personally would take everything that he says with a grain of salt. I feel like it’s always an ulterior motive with him.

We don’t see many genuinely good moments from Wilford. He’s a very fun villain, but he’s a villain.

Yeah, I agree. He had that near-death experience — which Mel does too, and I think it does impact her as a person. I’m not sure it has the same effect on Wilford.

Melanie has definitely grown more through the adversity she’s faced than Wilford has.

I think that’s safe to say.

Between Melanie’s return, Alex coming into her own while Melanie was gone, and Layton and the rest of the team running the train fairly successfully, does Melanie think Wilford is still necessary?

Things survived without him all of Season 1. There was just an idea of him. I don’t think his presence is actually critical to the survival of the train. I think he’s more of a wrench in the works, actually. With his agenda, he’s more of a liability in reality. The idea of him still has influence and power. There are still people who are loyal to him, and I think that that has to be managed, and she’s aware that that needs to be managed to an extent. But I think the reality of him is more of a liability. And because he still has a steady group of supporters, it would be hard to just say, “You know what, done with you, Wilford. You’re kicked off the train.” That would cause more chaos. Melanie threw a bit of a plot twist at the end, to say the least, by revealing Layton’s lie about New Eden.

Speaking of introducing chaos! She’s not someone who’s afraid of doing that if she has to.

She survived those six months alone against all odds. Why do you think she has a hard time trusting in hope about New Eden now? She’s going off the data and doesn’t believe New Eden will be a haven for them, but everyone else is telling her to hold out hope.

There wasn’t a choice when she was in the car. She could only hope that she could make it, and she did everything that she possibly could to survive, but there wasn’t a choice at that point. There was really only one way forward for her. I think in this situation, she loves the hope. She loves what the hope does for the passengers in the way it unites them and gives them a sense of purpose and joy. But it’s founded on a lie. And the people don’t know that.

I think that her interpretation of the data is very different from Javi’s and Ben’s, or maybe they don’t really want to look at it. It seems like everyone’s in denial, and she knows that it’s a complete fiction, the story that Layton has fed to the passengers that have rallied them in this way. That, to her, feels unjust. So, knowing that there are these extenuating circumstances — which is that the track that goes to that location is really unsafe and unsound, and they have to cross this bridge and it’s very unstable — there could be no coming back from that decision. I think that her feeling is why would we, on a maybe, take that risk? Risk throwing everything away?

I don’t think it’s that she’s a pessimist. I think that she’s just a realist and feels there’s a more conservative approach to that that doesn’t negate the possibility, but isn’t quite as dangerous. I think she loves the hope, but she just feels like she doesn’t want to be reckless about it. I think that she feels it’s a little bit reckless. I think that’s a fair opinion to have when literally the fate of humanity is in your hands.

That’s all that they’ve been doing, that she’s been fighting for all this time: keeping the passengers safe until it’s time. That is what she wants to do. It’s not like she’s changed her mind and is like, “Actually, I want to stay on the train,” or “I’m afraid to have a new future,” or “I want to keep power.” It’s nothing like that.

I think literally she’s just looking at the numbers and thinks, “Why not just make sure before you go? Why not just have the odds a little bit more in your favor?” What’s the worst thing that happens if you wait? I think she just feels like she likes the odds better of waiting. And at minimum, she feels that the passengers should know what they’re getting themselves into. 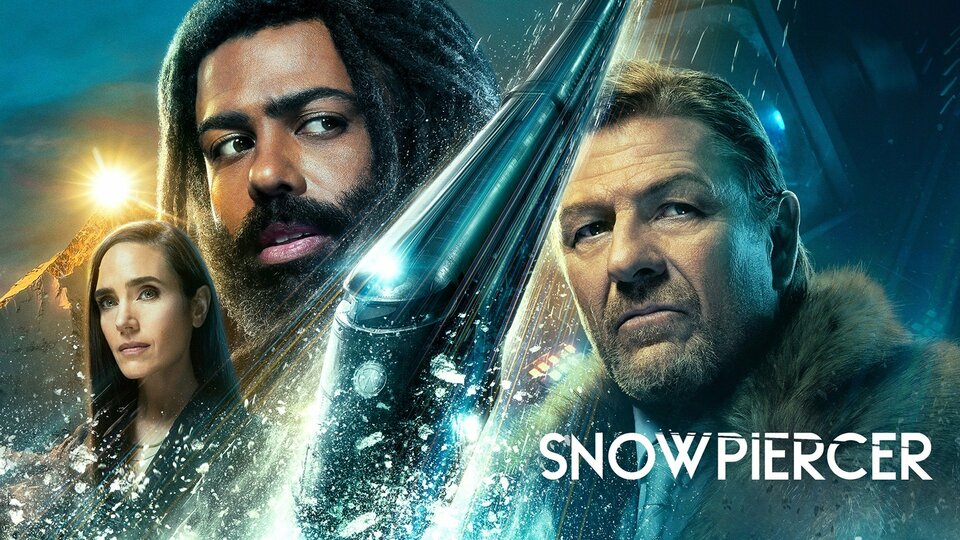