Ask Matt: Fans Bugged by a ‘CSI’ Without Gil Grissom Will CSI Be CSI Without Gil?

Comment: I was so pleased to have CSI return, I’m hopeful it will be renewed. Excellent storylines and acting. It just needs a different night to air. – PJS

Matt Roush: Shortly after I received this, CBS officially renewed CSI: Vegas for a second season. That’s the good news. But there’s a twist, as reflected in the next question.

Question: While I was happy to see CSI return, because it was always among my favorite procedurals, a lot of that had to do with the callbacks to the original series and cast, most notably the essential ingredient of William Petersen as Gil Grissom and his interplay with Jorja Fox as Sara. But now it’s being reported that when the show returns next year, it will be without Gil (and Sara is only a maybe), so what’s the point? The original CSI went downhill pretty fast after he left. I was just getting used to Mark Harmon leaving NCIS, and now this! — Carrie T 'CSI: Vegas' Boss Teases What Could Happen in a Season 2

Matt Roush: True, this takes some of the juice out of the renewal, but the original CSI managed to carry on for another six seasons after Petersen left during the ninth — with occasional guest appearances, which could be an option here as well, I suppose. We recently quoted the CSI: Vegas showrunner Jason Tracey insisting, “There’s always a seat at the table for Gil Grissom and Sara Sidle,” while pointing out that this comeback season was always intended as a close-ended story, and Petersen had only committed to appearing in these episodes. Much like Harmon’s Gibbs on NCIS, Gil’s and Petersen’s influence will likely continue to be felt even with his absence, but any time he appears it makes CSI a better, quirkier, and more memorable show. That said, I enjoyed this season-long story arc and am encouraged to hear that the show won’t entirely return to a case-of-the-week format upon its return.

As for the comment about scheduling on Wednesday (against Chicago P.D.), I’d like to see CBS break up either its NCIS or FBI blocks with a smidgen of CSI, to whom they all owe a giant debt and whose investigative approach is a welcome change from business as usual. 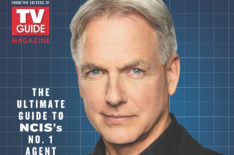 Question: Is Kenneth Choi‘s absence from this season of 9-1-1 solely because of Jennifer Love Hewitt‘s maternity leave, or has he got something else going on? I hope it’s the latter or for some other reason that is his choice. Chim is my favorite character and I miss him! — Gonzo

Matt Roush: As long as he and Jennifer Love Hewitt remain prominently in the credits, which they still are, I’m going to assume that they’ll be back when her maternity leave is over — and in fictional terms, whenever Maddie (Hewitt) recovers from her post-partum depression. I get that having Chimney suffer in her absence for weeks on end wasn’t going to be fun to watch, so maybe sending him off to find her was fair play. I was hoping they’d pop up in the Christmas-themed midseason finale to give her brother Buck (Oliver Stark) some holiday cheer, but I guess we’ll have to wait until the show comes back this spring. (Rule of thumb: If a well-liked actor on an ensemble drama doesn’t give an exit interview anywhere, we probably haven’t witnessed their actual departure.) Such a Promising Mess

Question: Is Comedy Central considering and/or planning on spinning off Hot Mess Holiday into a series, specifically one that will follow the continuing adventures of the two female lead characters? From viewing the movie, I could picture such a series having a similar comedic vibe and approach as Broad City and Awkwafina Is Nora from Queens. — Alex

Matt Roush: I’ve seen no indication that this was pitched as anything but a movie, but the idea of a female buddy comedy featuring two characters of South Asian descent (played by Melanie Chandra and Surina Jindal) would be fresh and welcome — not to mention on-brand. Will People Pay for Cable News?

Question: Down the stream, up the creek? Chris Wallace is leaving Fox News for a prominent spot at the forthcoming (but still vaporous) CNN+ streaming service, which reportedly is planning to hire 450 people to produce at least 10 hours of live news programming daily. Okay, but who’s going to pay for it? There are plenty of streaming news channels, repurposing broadcast/cable content… but, as far as I can see, not one is pay-to-play. CNN+ apparently is designed as a subscription service (price yet unannounced), and I wonder how many subs it takes to float a news operation that size. I’d be happy to view CNN via ad-supported streaming, but its “cable” incarnation is only available to those with cable or fuboTV subscriptions. No doubt this is off your beat as a TV critic but, as a longtime observer of the TV/cable/streaming world, do you think CNN+ can survive and succeed with a subscription model? — JN

Matt Roush: Those kinds of prognostications are a bit beyond my pay grade, but it seems risky from this corner if only because I get so much mail from frustrated consumers who are already at a limit when it comes to adding even more streaming services and apps. From Wallace’s point of view, he’s been in the game so long it’s not like he has anything to prove, and the long-term future of the new streamer won’t be on his shoulders. No new venture in media is guaranteed, but it may also be naïve to bet against digital upstarts when every company — including CNN’s parent WarnerMedia — is leaning so heavily into streaming platforms as their future. I didn’t really answer whether I think something like CNN+ will succeed, because I don’t know what the measure of success is anymore, but will it survive? Probably. Comment: NBC’s American Auto and ABC’s Abbott Elementary, both previewed this month before airing regularly in January, look like they can generate some interest. Both shows are very clever and witty, plus very well-acted. I realize they likely won’t garner any awards next year, but I’m happy they are enjoying positive reviews from most critics. — Fred

Matt Roush: I’ve seen a few more episodes of Abbott Elementary, and it holds up nicely, and the two American Auto episodes shown earlier this week were also impressive and funny. These are smart shows with strong ensembles, and to have two such promising series getting 2022 off to such a good start is quite encouraging. (Both series will air on Tuesdays, thankfully not airing opposite each other.) The comment about awards reflects how few broadcast shows get noticed anymore, in comedy or drama, but these seem distinctive enough to have at least a fighting chance against the hundreds of shows on streaming and cable that will also be jockeying for attention. It won’t be easy, that’s for sure. Question: Will The Republic of Sarah get a chance on another network? I’m told The CW canceled it after one season. It had a small audience, but it had interesting characters and great civics lessons. — Layne P

Matt Roush: Here’s a reminder that even the most marginal of shows has a following. But I’m not one to provide false hope, and if a show can’t even make it on The CW, which renews almost everything, the likelihood of anyone picking up such an odd duck as Sarah is slim to none. Hot Mess Holiday where to stream