The half-hour comedy from co-showrunners and writers Dan Goor and Luke Del Tredici, who executive produce alongside Robinson, Mark Schulman, and director Mo Marable, has been given a 10-episode order. Production for Killing It has already begun in New Orleans, Louisiana, with Robinson and the newest casting additions. Killing It is described as a comedy about class, capitalism, and one man’s quest to achieve the American dream while also hunting really big snakes. Robinson plays a man who will do anything to make his dream come true, even compete in a state-sponsored python manhunt.

The new series is inspired by Serrano's childhood in Texas.

Doherty plays Jullian, a down-on-her-luck Uber driver who introduces Craig’s character to the bizarre world of snake hunting. Meanwhile, Battle plays Craig’s younger brother Isaiah who has a more less illegal vision of the American dream. MacArthur has been cast as Brock, a rival snake hunter who aspires to become a social media star.

As for Nogueras, she plays Craig’s ex-wife Camille with whom he co-parents pre-teen daughter Vanessa (Miller) who idolizes her father but wants nothing to do with snakes. And Walter is set to portray Brock’s teen son and reluctant cameraman Corby.

Stay tuned to see how it all comes together when Killing It arrives on Peacock. 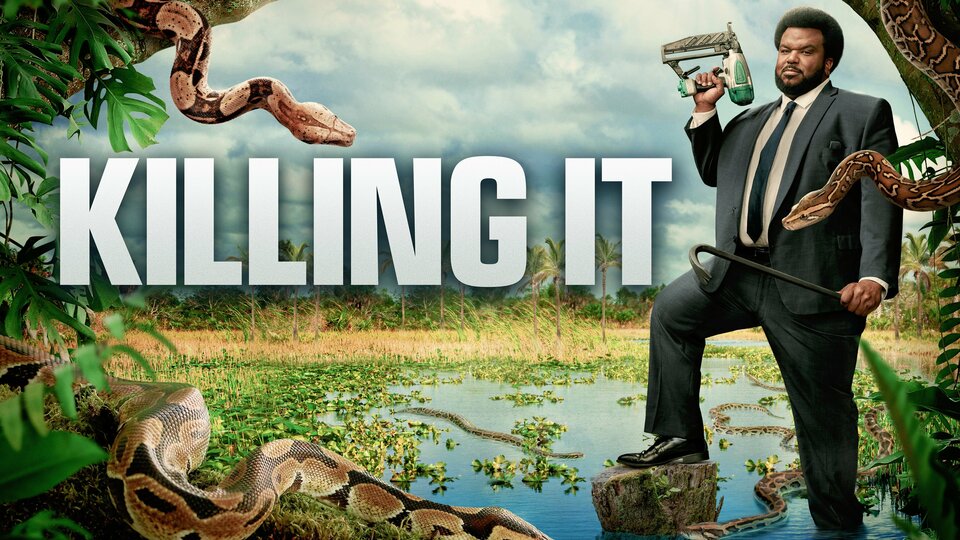