From Soup to Nuts

[Warning: The below contains MAJOR spoilers for 90 Day Fiancé: The Other Way Season 3, Episode 4 “From Soup to Nuts.”]

Plans change for more than one couple as 90 Day Fiancé: The Other Way Season 3 continues.

What do Leandro’s last days in Ethiopia visiting his ex-wife Ariela mean for her and her fiancé Biniyam? Can Ellie find Victor in the aftermath of a category five hurricane devastating the island on which she planned to live with him? What happens when Steven and Alina meet in Turkey and continue to disagree about their living arrangements? “From Soup to Nuts” addresses that and much more.

So how do Evelin’s sisters react to the news that she and Corey are already married? About as well as you’d expect (which is not at all). They’re upset, they feel betrayed, and they just hate him even more. After all, that means that they were married when they took that break during which he was with Jenny in Peru, so he cheated. As for why Evelin didn’t tell anyone sooner, she explains that no one divorces in her family and she wanted to have the option to do so quietly if it came to that.

The four of them go out to lunch, and Evelin’s sisters, Lipsy and Lesly, have fun ordering him a “very special” dish (bull penis). They also don’t care that he says he was heartbroken when he met Jenny and thought his and Evelin’s relationship was over. It doesn’t matter that Evelin asked for space. And to think, Corey hasn’t told Evelin the full truth of what happened with Jenny. He should be worried about how she (and her sisters) will react. Welcome to Turkey! Steven, from Utah, and Alina, from Russia, finally reunite in Turkey, where they have 90 days to get married so he can go home with her. Getting to know each other in those days is crucial since they’ve only spent two weeks together in person. And she’s coming into this with a couple concerns (like their separate apartments and whether he’ll reply to her friend, Masha, who she had send him flirty messages to test his faithfulness).

In the taxi to where she’s staying, she presses him about staying at the hostel (where he can flirt with women). He insists it’s important they live separately before marriage so he doesn’t have the temptation to have sex every night and there aren’t any negative ramifications that could delay her baptism. (So when is he going to tell her he’s not a virgin?) She’s just concerned about feeling safe and thinks he’s just making up excuses. 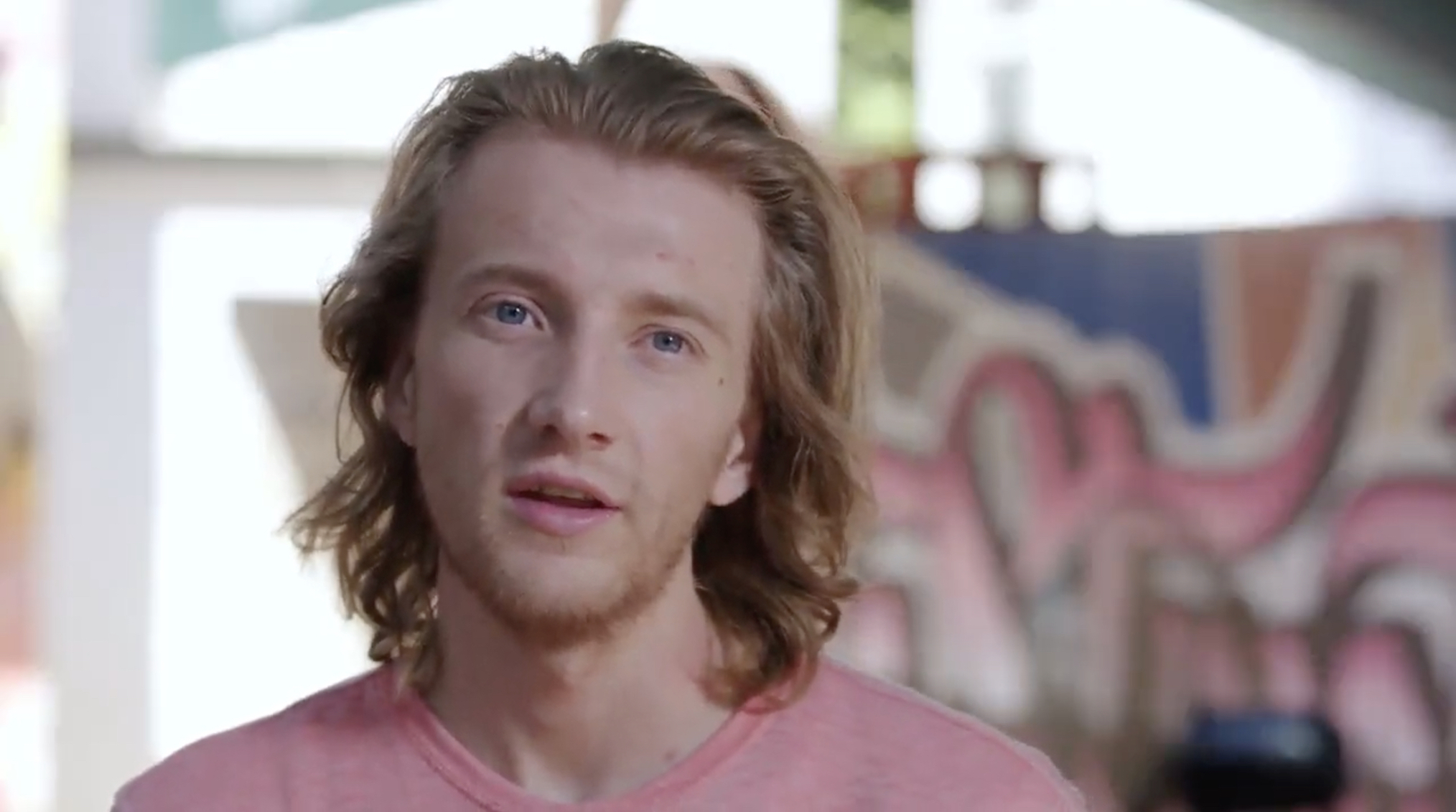 Steven stays with Alina the first night and convinces her to take a look at the hostel the next day. She only says she will if he agrees to cancel it if she’s not comfortable. As you probably expected, she doesn’t even walk inside before she decides she doesn’t like it. After both question the other’s commitment to their relationship, he reluctantly agrees to cancel his booking and stay with her.

Ariela admits that it wasn’t until her ex-husband Leandro came to visit that it sunk in they’re not ending up together; for him, it was when she said she was seeing someone else. (She also wanted a family; originally, neither wanted kids.) He notes that she and her fiancé Biniyam need to work on their relationship and questions if Ethiopia is home for her like New Jersey is. It is, she insists. As for Biniyam, she loves him and believes he thinks he wants to marry her but doesn’t know if he knows how to be a husband or communicate.

For the Ethiopian Orthodox holiday Buhe, Biniyam takes Ariela and Leandro to celebrate with his brother Elob and sisters Mimi and Wish. His sisters don’t understand why the exes divorced if they’re such good friends and get Leandro to admit that Ariela should’ve told Biniyam she was staying with him in New Jersey. Ariela ends up leaving when the conversation turns to whether she’ll leave Biniyam and take his son to the U.S. like his ex-wife did. When it comes time for Leandro to leave (with closure about his and Ariela’s relationship), Biniyam couldn’t be happier. Ariela, on the other hand, has a tough time saying goodbye. Once home, Biniyam admits he’s worried about losing her and their son. Then show them what they mean to him, she says. He’ll be better, he promises. She knows he’s a better match for her and just hopes that with Leandro gone, they can work on their relationship.

The day before Ellie’s planning to head to Providencia to see if she can find Victor after the hurricane, he calls her to let her know he’s on San Andrés Island. She knows they still have issues to work out (like his affair), but she feels like she’s getting a second chance with him (which means so much to her after all the loss she’s experienced already). The two reunite at the airport, and he admits he doesn’t know how he’s still alive. Seeing his island devastated like it was is something that will be part of him, he shares. Now it’s just a matter of seeing what their future will look like with so much unknown, including the damage inflicted to the house he built for them. 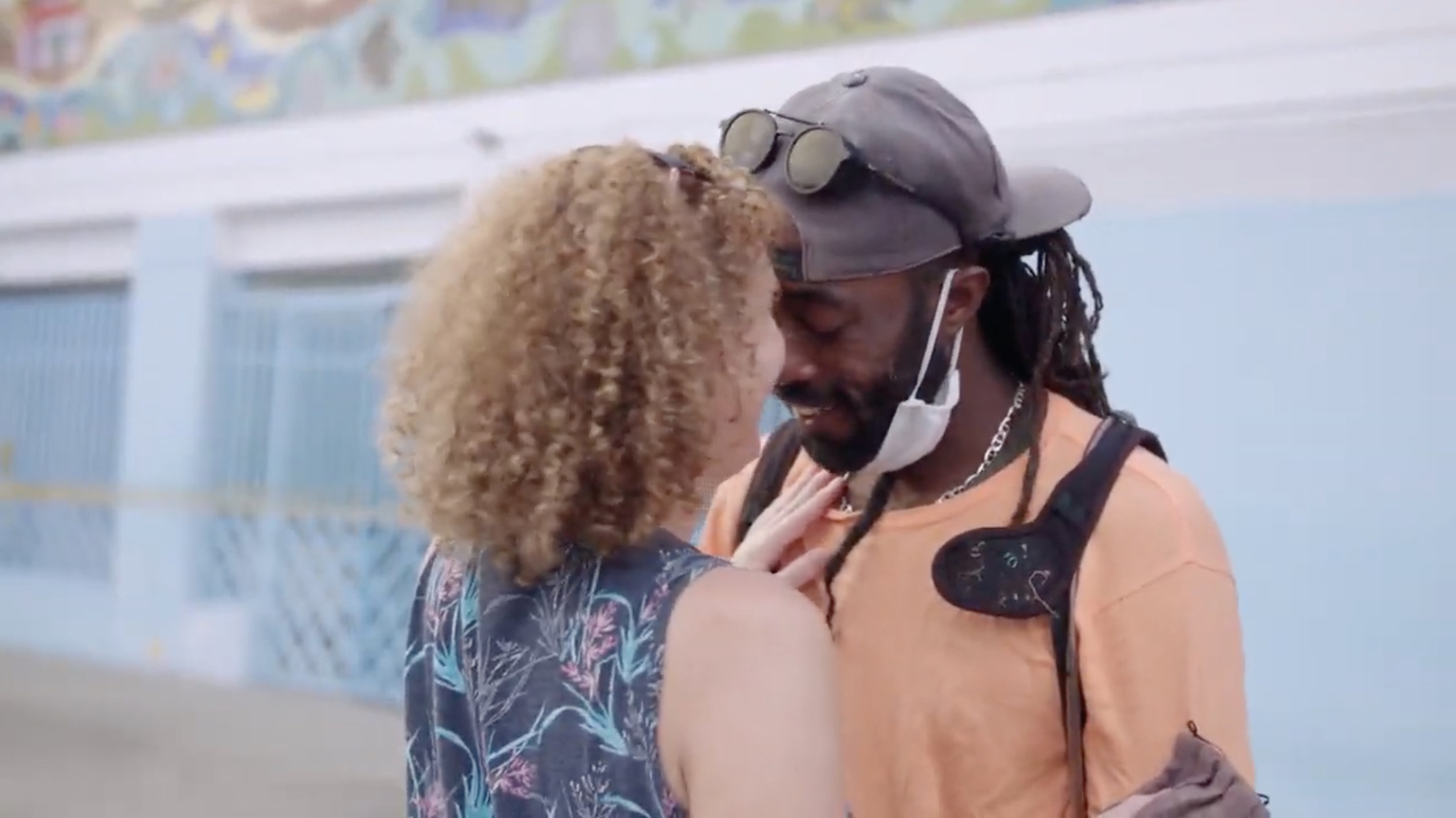 Kenneth and Armando are getting married and having a big wedding, and it’s time to tell the latter’s family … maybe. (Armando’s family hasn’t been as accepting, and last time he spoke with his mom, she insisted on a small ceremony.) They head to visit Armando’s family, with his daughter Hannah and Kenneth’s daughter Cassidy.

Armando worries his dad won’t be there. At first, his mom claims he went to the store, then his dad steps out of the house and hugs him. He even (very briefly) hugs Kenneth. Things seem to go well over dinner, and Kenneth is thinking he might actually get his dream of a nice big blended family … which is why Armando can’t bring himself to tell his family their plans. He’s not ready for a negative reaction.

It’s been a few days since Jenny found out getting a missionary visa to stay in India isn’t an option. (It could take years, if ever.) That means her and Sumit’s options are limited. He does file a claim for a lost passport (his ex-father-in-law took it then claimed he didn’t have it), so if that’s approved, he should have a new one in about a month. So he can go with her if she has to leave the country again.

But there’s still the matter of Sumit promising he’ll marry her and not following through (due to his parents’ disapproval). She’s tired of waiting and needs him to make a decision.