Unlike reality shows like The Kardashians and The Real Housewives, the stars of this series aren’t family or close friends when the show begins. Instead, The Real Friends of WeHo documents the six stars as they get to know one another in Hollywood’s bustling WeHo gay scene. The cast spoke with TV Insider ahead of the series premiere (with the exception of Renaud, who was not available for interviews) to give a glimpse into what to expect.

Hall tells TV Insider he was the only one in the cast who knew “three or four” of the guys when filming began. But the first episode will make clear to viewers that in WeHo, there’s “one degree of gay separation” between everyone, as Vaughan jokes.

Goreski sees their not knowing each other as an asset. “Part of the really interesting part of the show is watching people getting to know each other. We start going really deep with each other almost immediately and sharing stories and being really vulnerable,” he shares. “At the end of it, I was really happy to have five new friends. For me, that’s what makes this show different from all the rest, because you’re watching us [become friends].” “I’ll hit you with the flip side of that,” Vaughan (whose husband, Mean Girls star Jonathan Bennett, is also featured throughout the season — yes, his hair still looks sexy pushed back) replies in their joint talk. “There’s definitely one degree of gay separation — that’s how we all knew each other. Being an entertainment journalist, I was fans of these people. It was interesting for me to step into this as a fan of these people, and then all of a sudden I’m with these people. It was an interesting dance to see how I fit.”

“I think where we are now is so much cooler than where we started,” he adds. “We have a safety with each other now that I don’t think we had at the start. We have a real thing now. I think it would make it even better when it comes back for us to be in that place vs. starting off not really knowing everybody as a friend just yet.” 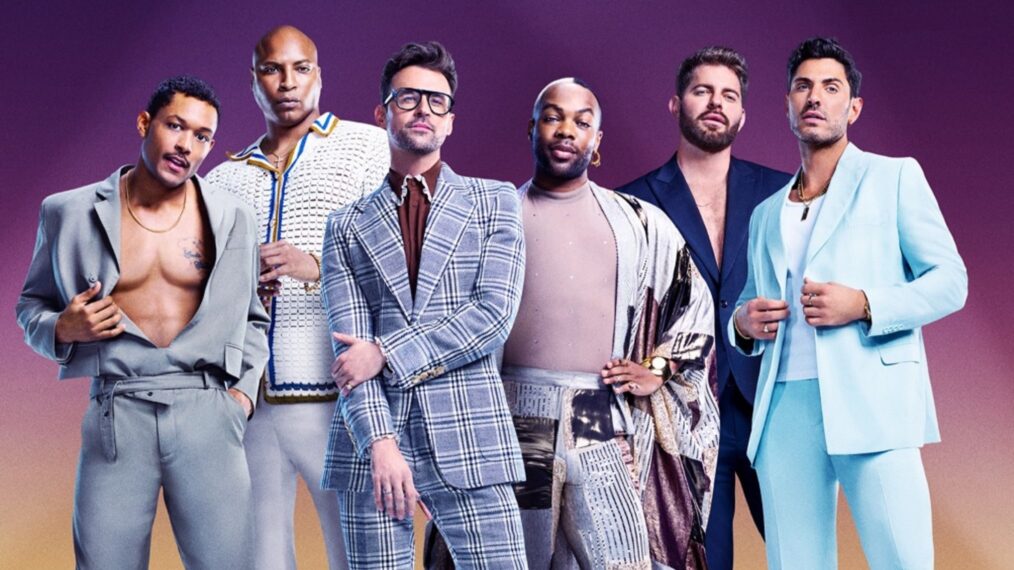 Making friends was far from the only reason they all signed on. Hall saw the platform as an avenue to address recent controversies in which the Celebrity Big Brother alum has been embroiled.

The “Nails, Hair, Hips, Heels” singer was previously accused of not paying dancers in his music videos. He also previously told fans that he bought a mansion in Los Angeles, but in truth he was in a rent-to-buy situation, drawing in further criticism online. According to legal documents obtained by TMZ, Hall fell behind in his $30,000 monthly rent. In September 2022, Hall was ordered to pay $102,000 in back rent in a default judgment of a lawsuit filed by the home’s owner. The lawsuit was filed in March 2022. Hall addresses all of this in the WeHo series premiere, telling TV Insider this is the last time he intends to publicly discuss the topics.

Hamilton is using the series as his avenue to come out. The Kings of Napa actor’s casting in the reality show revealed to the world that he’s gay. While he tells us the decision was a scary one, he’s ultimately (rightly!) proud he did it.

Get to know the stars of The Real Friends of WeHo in the cast gallery below, which also features their ideas for Real Housewives-like taglines. (You know we had to ask.)