Another DC comic (by Jeff Lemire) is coming to the small screen with Netflix’s Sweet Tooth, premiering on Friday, June 4.

In addition to announcing the release date, the streaming service also dropped a trailer and photos teasing what to expect in a world that has been affected by “The Great Crumble,” leading to the emergence of hybrids (babies born part-human, part-animal). At the center of these eight episodes is Sweet Tooth, a sheltered hybrid deer-boy, Gus (Christian Convery), as seen in the video preview below. For this world’s inhabitants the question becomes whether the hybrids or a virus came first, leading to many humans fearing and hunting the hybrids. Gus befriends a wandering loner, Jepperd (Nonso Anonzie), and together, they set out in search of answers about the young boy’s origins, the loner’s past, and the true meaning of home. But it won’t be easy, as you can see below.

“We wanted to make a show that offers escape and adventure, where nature is reclaiming the world and in many ways it feels like a fairytale. Sweet Tooth is a new kind of dystopian story, it’s very lush and hopeful,” executive producer, writer, director, and co-showrunner Jim Mickle said in a statement. “We want people to come into this world where there’s beauty and hope and adventure. This is a sweeping story — we ride on trains, climb mountaintops, run through forests. This is a show about what makes a family, what home really means, and why it’s important to keep faith in humanity.”

“Sweet Tooth the series has been in the making since 2016, and the comics existed even well before that, but I think everyone is going to relate to the show and this story even more than we even thought when we first started working on it,” executive producer, writer, and co-showrunner Beth Schwartz added. “When you watch Sweet Tooth, you feel hopeful about the future.”

Scroll down to see some of the characters of the series in the photos below. 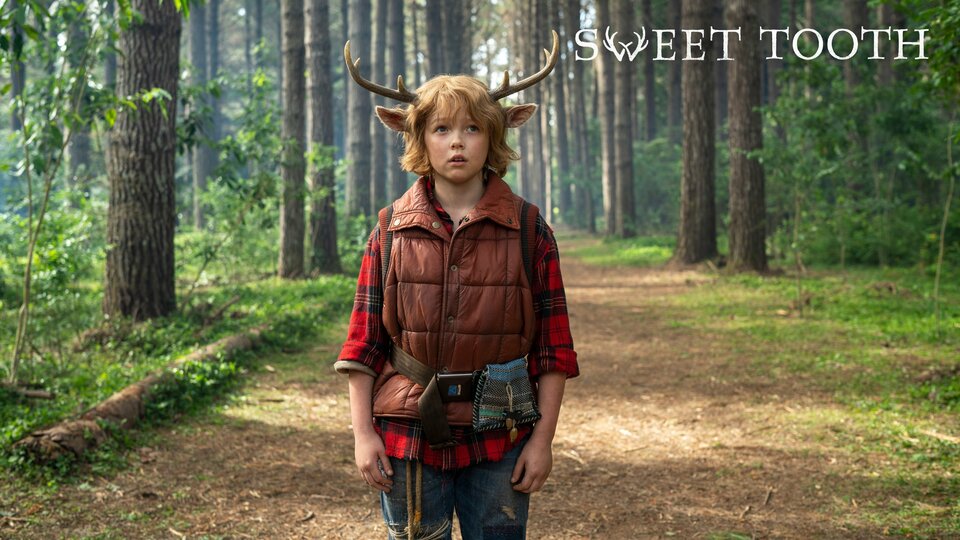