If Season 1 of Apple TV+’s charming comedy Trying pulled at your heartstrings, prepare to have them ripped out by an even more heart-warming second season.

Nikki (Esther Smith) and Jason’s (Rafe Spall) adoption journey continues in the half-hour British series chronicling the next chapter of their process. After receiving adoption approval in Season 1, their next step is to find a match which is easier said than done. The couple will face new challenges when the Apple TV+ comedy returns.

There will be ups and downs, highs and lows, but one thing that remains constant is the London couple’s love for one another. Along their journey they’ll encounter a possible match, a little girl named Princess (teased in the heart-wrenching exclusive clip, below).

Smith and Spall preview what’s next for Nikki and Jason in Season 2, tease the couple’s connection with Princess, and more.

Season 1 followed Nikki and Jason’s adoption approval. What can viewers expect from this next leg of their journey?

Rafe Spall: The first season ends with them being approved to be adoptive parents, but really the journey is just beginning. The real hard bit is being matched with a child, which means that the stakes are raised far higher because when they start meeting these kids, they start falling in love with them. They’ve got a lot more to lose. So the second season has still got all the same heart and humor, except the stakes are slightly higher in the second. Esther Smith: Yeah, they find a kid that they fall in love with, but it doesn’t necessarily mean that that’s going to work out for them, and the journey of the series is just seeing how they overcome all these obstacles. Also, we get to see a lot of the other characters and their worlds open up. So Nikki’s sister, Karen, is embarking on potentially getting married, Freddy and Erica are going through a split and seeing how that works, and there’s also a really lovely storyline that involves Jason’s dad and mom. It’s just nice to open the world up a bit and see all these other people trying to figure their lives out.

Jason and Nikki did a lot of growing up in Season 1, but in what ways are they maturing even more in Season 2?

Rafe: Any sort of trauma in your life is going to do two things, it’s going to either break you or deepen your own understanding of yourself. And I think, in this case, it’s definitely done the latter. One of the loveliest moments in Season is where Nikki says to Jason, “If this doesn’t work out, you’re enough. This is enough.” And that’s a really beautiful sentiment. So they’ve definitely deepened their understanding of each other and themselves. Esther: Yeah, they have to deal with a lot of what it might mean to lose out on the thing that you really want. It’s a bit like falling in love with someone, they fall in love with this little kid. And even reading the scripts, I found it incredibly moving. The moments of connection between them and this little girl that they really want but they potentially might not have… it’s really interesting just to see how they deal with that.

Nikki and Jason’s families played a big role in their approval process. How are they involved in Season 2?

Esther: I really love their families, and I really love that we get to see more of them in this series, and essentially we see that they really care about these characters’ journey. And it’s not just [Jason and Nikki] experiencing adoption, it’s also their parents adopting a grandchild and what that might mean. We’re seeing these characters experiencing their own things, going through their own journeys, trying to overcome their own obstacles, trying to figure out their own lives. And it makes you realize that we’re all just trying to do our best. You mentioned a little girl that Nikki and Jason fall in love with. What can you tell us about Princess?

Rafe: Yeah. They meet a girl that they fall in love with and that they think is their little girl. You can imagine how vulnerable that is because they start imagining a whole life together with this new kid without any certainty that it will work out. There are other parents out there in the show who’ve got bigger houses, who’ve got fancier jobs, more money, and it makes them feel pretty bad about themselves.

And we live in an age of comparison, don’t we? You just have to look at social media to compare yourself to everyone whose life you can perceive is better than your own. It’s a nightmare. And that feeling is represented in that storyline with that little girl. But as an audience, I think you sit there rooting for them because you can see they’re perfect for each other, but it’s not as easy as all that.

Esther: I just have to say the kids in this series, they’re so brilliant. The little girl playing Princess is-

Esther: Yeah, super talented, heartbreaking, and a joy to work with. 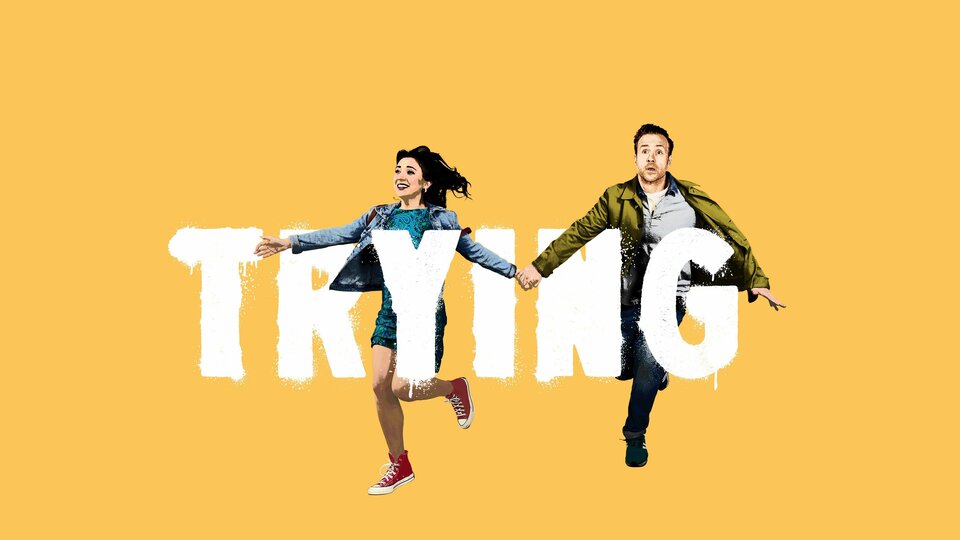