When it comes to Prime Video’s Solos, each and every installment offers a unique perspective on connection, particularly in the installment “Stuart” with Dan Stevens and Morgan Freeman.

The episode, directed by Sam Taylor-Johnson (Fifty Shades of Grey), follows a man named Otto (Stevens) who is searching for Stuart (Freeman). Hoping to restore Stuart’s memories, Otto has ulterior motives that become clearer as the installment plays out. “It’s a little mysterious, the beginning, and deliberately so,” says Stevens. Plus, creator David Weil opens up about collaborating with the actress for her episode.

“You’re not quite sure what this guy’s motivation is for showing up at this facility and approaching him on this beach,” the actor adds of his character Otto’s actions. But rest assured, Stevens promises, “as it unfolds, as you realize what’s going on, it’s incredibly moving.”

Unlike many of the season’s other installments, which feature just one star, this entry features two actors as they converse back and forth. The format adds another layer of depth to a story that serves as a tie-up to all of the others. “I think it’s interesting because [creator] David [Weil] wrote this before the pandemic, yet I feel like a lot of what we are seeing within this anthology is about our desire and yearning for connection and our sense of isolation,” Taylor-Johnson muses. While Stevens shines as Otto, it’s his scene partner that helps bring the moving episode to life as Morgan Freeman embodies a dementia-afflicted man named Stuart. “I was delighted that he was there,” Stevens gushes of working with Freeman. “I was terrified enough as it was, but to know that we were in incredible hands with him and watching him play with the material and surf the emotional journey of that episode… it was really fantastic.”

COVID was understandably a hurdle when it came to filming, but that didn’t deter Stevens. “It gave me a lot of hope to see anything being made,” he notes. “Interaction with the crew was much more limited than it would normally be. They were all masked and visored, so things were unusual and a bit weird, but that meant that we were still able to carry out the work.” The episode’s action is set among the sandy dunes of a dreamy beach, but don’t be fooled by its realism. “It was really in a giant soundstage and most of what was behind us was real,” Stevens elaborates. “They built these giant dunes and a big sandy beach, so it felt pretty real. And they even put a little screen out the front with the horizon and the sea on a little TV, so we had something to look at… I think because of the strict protocols, it was much easier to shoot that in a studio environment.”

But setting means little in comparison to the emotional notes “Stuart” reaches. “It’s very much about what it is to be human,” Taylor-Johnson shares. “We come away feeling sad, we’ve been moved to tears, we’re made to laugh, we’ve been able to watch Morgan Freeman dance.” 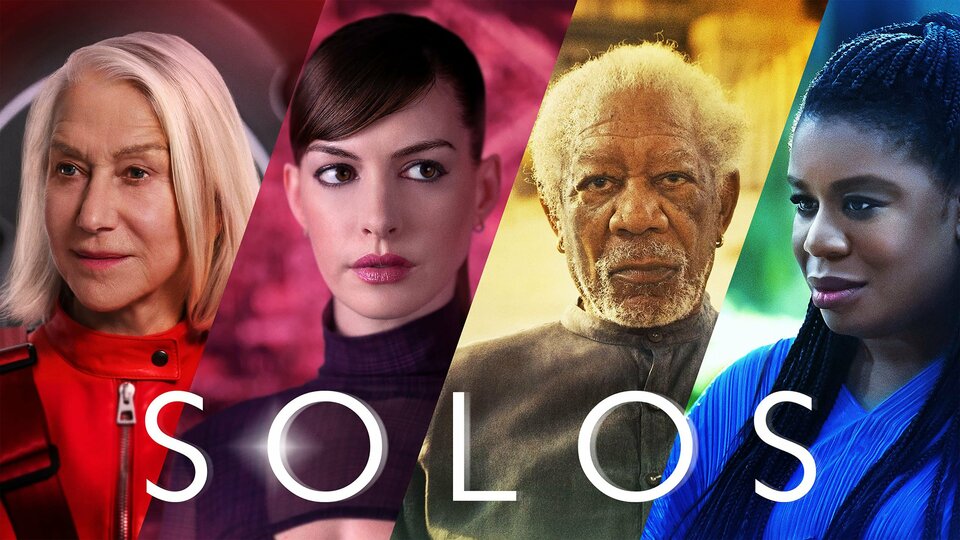