Given the popularity of both the 90 Day Fiancé franchise and cooking shows, why not you mix the two? That’s exactly what the powers that be at Discovery+ seem to be thinking with their latest series addition. So get ready for more drama?

Discovery+ has announced 90 Day: Foody Call, coming to the streaming service on Saturday, May 29. Couples from the 90 Day franchise will bring viewers into their kitchens and discuss their relationships while shopping for and making traditional meals from their home countries. The couples appearing in the new series are: Tania and Syngin, Russ and Pao, David and Annie, Loren and Alexei, Robert and Anny, and Sasha and Emily.

While offering a look at what it’s like to hang out at home and cook with the couples, the episodes serve as “a cross between a couple’s therapy session with a side of culinary fun,” according to the streaming service. The duos will talk about the challenges and triumphs of intercultural relationships and their journeys together. They’ll also answer fan questions, including “What is the most awkward interaction you’ve had with each of your in-laws,” “How did you keep your long-distance relationship spicy?” and “What is the most shocking thing you learned about your spouse’s culture?”

Watch the trailer below for a look at what to expect.

90 Day: Foody Call joins 90 Day Bares All and 90 Day: The Single Life on Discovery+. The 90 Day Fiancé franchise, which originated on TLC, also includes Happily Ever After?, Before the 90 Days, The Other Way, Pillow Talk, and more spinoffs. 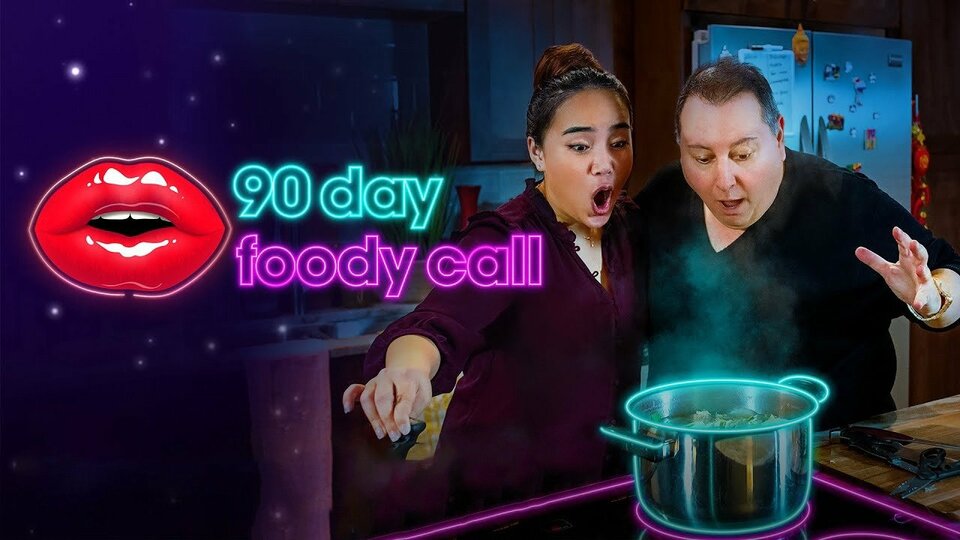 90 Day: Foody Call where to stream