After six months of being off the air — and an unexpected break in its filming schedule due to the pandemic — Fear the Walking Dead is back. And to hear the cast tell it, there’s plenty to look forward to in the next batch of nine episodes of the AMC spinoff.

The irony of a zombie-apocalypse show being delayed because of a global pandemic wasn’t lost on the cast. “It was very meta,” says Alycia Debnam-Carey, who plays survivor Alicia Clark. “Working in a pandemic, and also being in a pandemic.” To them, the show now feels more relevant in a variety of ways — from the “Take What You Need, Leave What You Don’t” boxes to the importance of family. 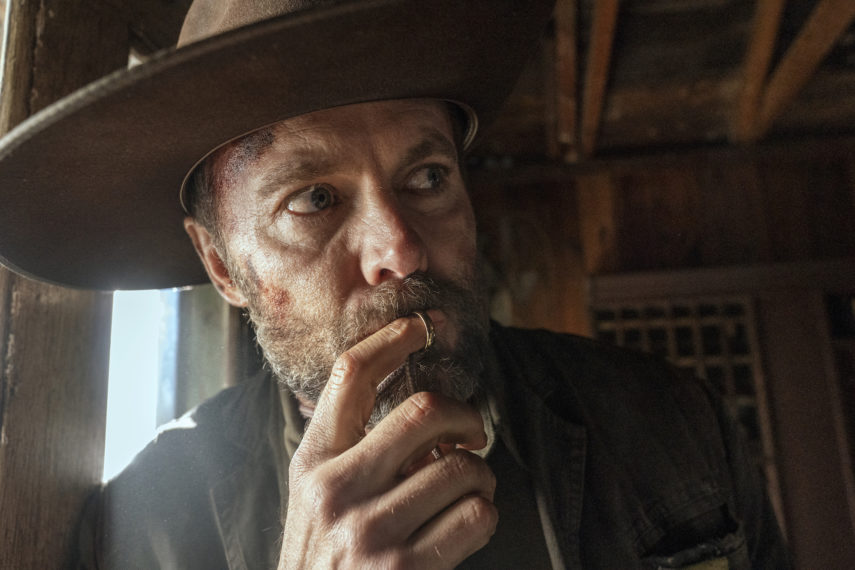 “One of the things the pandemic has done for all of us is reminded us of the people we are truly connected to, and the people who we might not have said it before, or realized it before, they are vital parts of our lives and we could think of them as family,” Lennie James (Fear‘s leader Morgan Jones) admits while forging a connection between the pandemic and the makeshift family that the remaining survivors have created on the series.

For some, the shut-down meant key moments had to be put on pause for a lengthy period of time. Jenna Elfman, who plays caretaker June, notes that her experience was particularly unique. “I was about to shoot some key scenes, and then we had to go on a seven-month break,” she recalls. “It was very weird, which people will all understand when they watch [Season 6, Episode 8].”

Plus, find out how to watch new episodes early.

When Season 6 resumes, the eternal optimist Morgan is still trying to build his new community and save his family… despite the fact that he’s seen plenty of places crumble, and lost plenty of people he loves. Meanwhile, we’ll see the ever-elusive Strand (Colman Domingo) continue to work alongside baddie Virginia (Colby Minifie), who Domingo claims has been “seduced” by Ginny’s perspective on the new world. According to Domingo, Strand’s mindset is: “I’m going to put the old Strand way, way to the right of me, and I’m going to swing a left and do some really terrible things that may benefit everyone.” Strand, he says, is not afraid of going to the dark side. Fans who’ve seen the trailers will have also noticed Alicia is interacting with a group of new characters, one of whom she calls “the king of the crazies.” Debnam-Carey teases that the upcoming storyline will define Alicia in a big way. “[Season] 6B takes all these lessons she has learned, the tools she has gained, and she makes some big and pivotal choices that solidify who she is as a person.” She notes that Alicia was always a reluctant leader, and she will now have to make a clear choice about what she wants to do and who she wants to follow. “There are some really exciting and fun, pivotal moments for her,” Debnam-Carey adds.

Overall, James is excited for fans to see the next batch of episodes to come. “I believe they are some of the best episodes in this entire universe, across all three shows,” he says. “And I’ll fight anybody who says differently.”