‘Lucifer’ Star D.B. Woodside on the ‘Fantastic’ Batch of New Episodes for Season 5B (Video)

Get ready to raise some hell, Lucifer fans. Because it sounds like the wait for new episodes may last until summer! At least, when we asked D.B. Woodside, who plays Amenadiel, when we could expect Season 5B — the show has been off since last August — his admittedly hedged answer was, “A few months? I’m not sure. But it’s going to be a fantastic season.”

Thankfully, the always awesome Woodside was able to tell us where things will pick back up, hint at what’s to come, and more, when he pulled over on the road recently to chat about the show Fox forsook.

'Lucifer' Showrunner Teases 'All the Emotions' During Final Table Read

“We ended 5A with God [Dennis Haysbert] coming down and breaking up a fight between some of his boys,” the actor noted of the mid-season spectacle that saw his Amenadiel in a celestial smackdown with demon ex Maze [Lesley-Ann Brandt] and his brothers Lucifer and Michael [Tom Ellis doing double duty]. “And we are literally going to pick up five seconds after that moment with all three of his sons and God having a word with us.”

The season also saw Woodside’s fan-favorite angel of fury dealing with some very Earthly issues as he realized that his mortal son with psychiatrist Linda (Rachael Harris) would face racism. “When we had an opportunity to dip into real-life and talk about that on Lucifer, I was all-in,” he offers. “I think when you’re a Black or Brown person who belongs to a marginalized community here, it’s something we live with everyday.”

Hopefully the show will continue to explore the issue in 5B, as it allowed Woodside and Harris to shine in a beautiful arc that was both important and full of emotional heft. 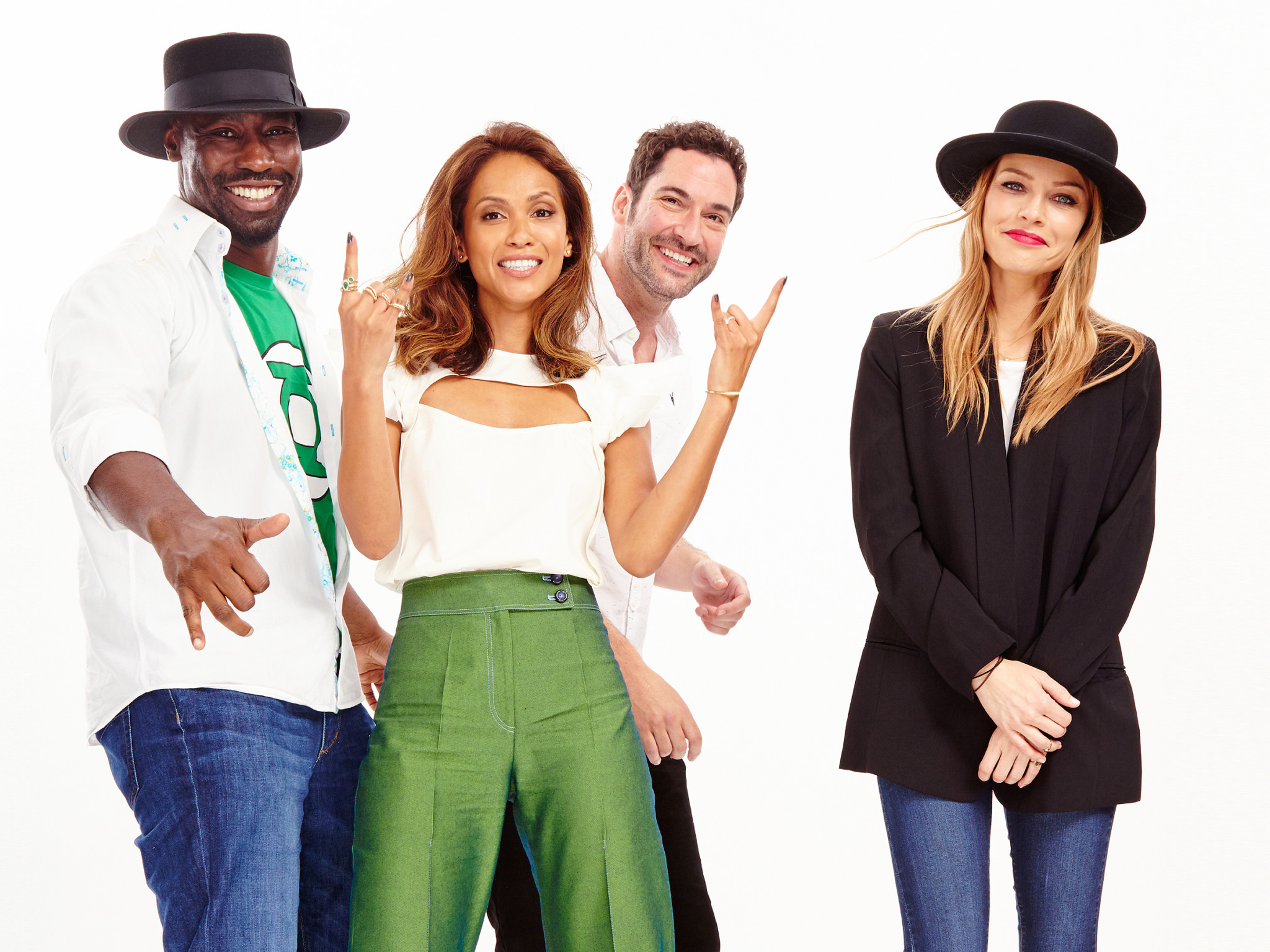 Whether we’ll see God in the sixth and final season remains to be seen (he’ll stick around for the rest of Season 5), but we can confirm that the episode Woodside directed (which contrary to some reports, is not the penultimate episode) will be a doozy.

“Mine is the last episode we will get to see the entire cast, all of the characters…together all at the same time for most of the episode,” he teases. “There’s no easy way to say it, it’s sad. This is a cast that actually really loves each other.”